A BRIDE is in shock after her ‘bratty’ mother-in-law asked to borrow her wedding dress for her own nuptials – despite being 70lbs heavier and 3ins taller.

The bride, from Portugal, couldn’t believe the request, after explaining her partner’s mum ‘ruined’ her wedding day with her behaviour and her decision to wear a black dress. 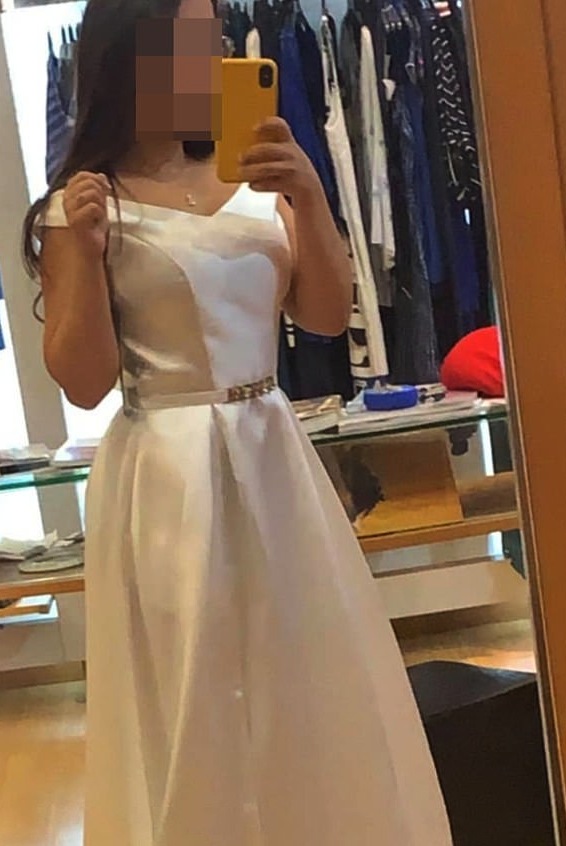 She took to Facebook group That's It I'm Wedding Shaming to vent, explaining her new mother-in-law reduced her to tears on her big day.

The bride and her new wife decided to elope, and her mother-in-law was the only guest.

She explained: “At the morning of the wedding I had a breakdown while doing my makeup because I wanted my family to be there for me.

“I uninvited everyone because my brother is homophobic and I didn’t want him at the wedding, so I decided it’d be best if I didn’t invite anyone at all than not inviting my brother and having that be an issue for the rest of our lives.”

The problem began when the older woman refused to help her new daughter-in-law with her make-up, until she was ready first.

That pushed the bride over the edge, who said: “I was already in the other room crying, and a teardrop went down my face, and fell on my dress lightly staining it with foundation, which took me on a downward spiral of going from silently crying to violently sobbing.

“My wife dropped everything she was doing to help me finish up, I ended up not finishing my makeup or doing my hair at all, so that was that.”

Their ceremony went ahead, and the bride tried to ignore her mother-in-law “flirting” with the “young man learning how to officiate the ceremony”. 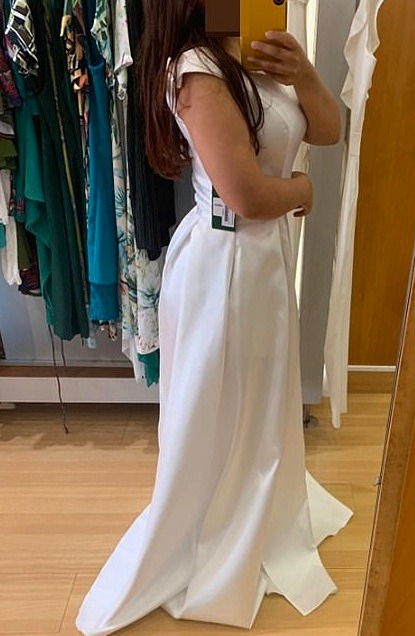 Her wife maintains it was a misunderstanding, but the fall out from the wedding had just begun.

She continued: “My wife says it’s a mischaracterization of the events, and that I was just already annoyed at her from the start.

“'P.S.: she wore a black dress for our wedding, which was super odd, but my wife says it was just a dress she liked.

“The was a brat for the rest of the day and made me feel awful for most of the day, so we just went home early and I just took the dress off, put it away and it’s been in my closet since.”

Most women display their dresses, or safely store it to pass onto their children, but the mother-in-law had other ideas.

After not speaking for months, the trio finally made amends, but the mother-inlaw then came out with a bizarre request – asking to borrow the wedding dress for her own nuptials.

She shared a text from her, which said: “Can you ask [bride] if I can use her dress for my wedding.”

While the bride had managed to put the disastrous wedding out of her mind, she was baffled by the odd demand 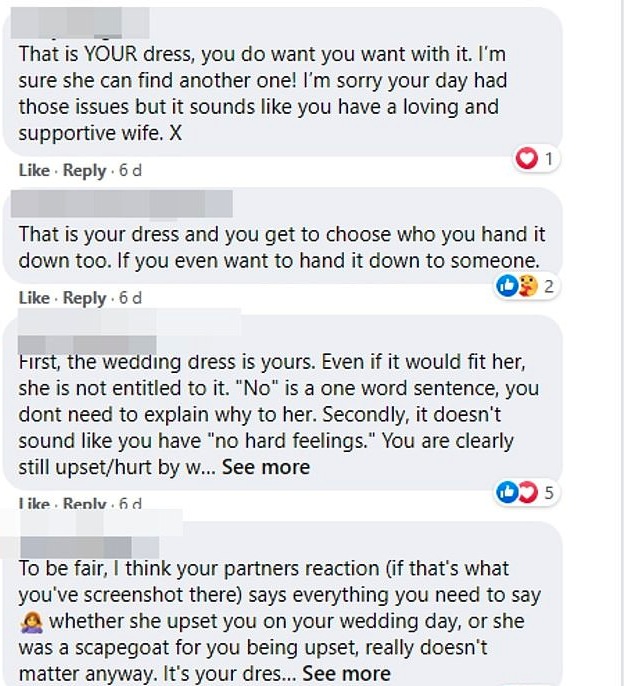 She added: “Even though I have no hard feelings over that day, I still think it’s super weird that she’d ask me for the dress that I wore in a day she ruined.

“I always felt like her mom was super possessive and weird back then, always in petty competitions with me over my wife’s attention, so wearing the dress is somehow even weirder, since it’s, you know, my dress.”

Dozens of people have commented on the post, claiming the mother-in-law is out of order.

One person said: “That is YOUR dress. You can do what you want with it. I'm sure she can find another one!

“I'm sorry your day had those issues but it sounds like you have a loving and supportive wife.”

A third wrote: “Hell no! You aren’t crazy for not wanting to share it.

“It’s one thing to sell a dress but this is different.

“She can find her own dress lol side note, you looked stunning and I loved your dress!”

And this is what the first weddings looked like after ceremonies were finally allowed again after lockdown.

Meanwhile ASDA is selling a range of bridal t-shirts for just £3 and they’re perfect for summer hen-dos.

Looking for more unmissable bargains? We reported on one mum's incredible H&M sale haul, including accessories for £1 and shoes for £2.