A BRIDE has shamed the "worst mother-in-law ever" for her plan to wear an actual wedding dress to her son's big day.

Everyone knows it's a cardinal sin to wear white to someone else's ceremony, unless asked, but this mother of the groom has taken it one step further. 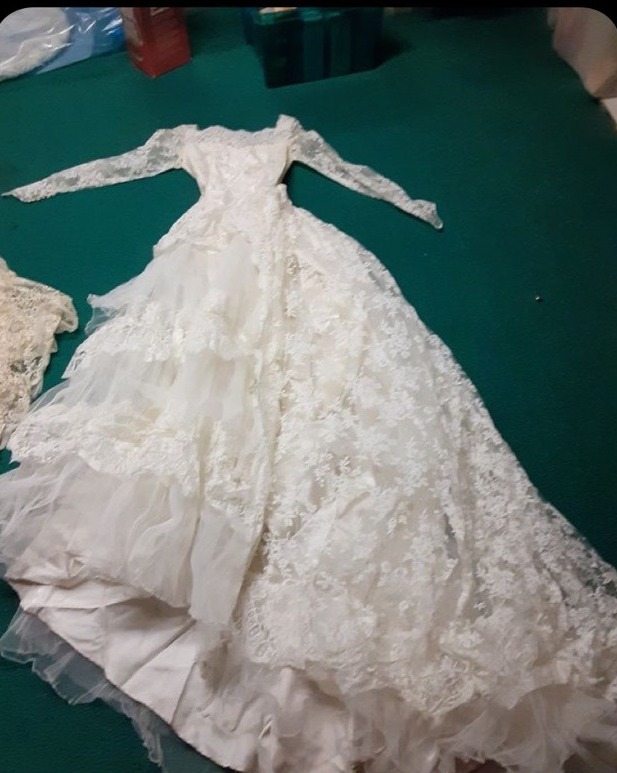 It's not just any dress she's planning to wear, but the gown she walked down the aisle in when she married the groom's dad.

Posting on a Facebook group, the bride admitted she was "at an absolute lost of words" and begged for advice, saying: "What do I even say here please help me".

She added: "This woman is just unimaginably vile and 2-faced… I haven't told my fiance yet as he is an absolute mama's boy and don't want to stir up any drama."

It's since been shared on Reddit, where the groom's mum's been described as the "worst MIL I’ve ever seen. Wicked Witch of the Wedding".

The bride has shared screenshots of their text exchange, where she asked nervously about the dress: "Could I see it? I'm sure it's stunning on you!"

But shockingly, her mother-in-law replies: "You have already seen it. Did I not show you my wedding album last weekend?" accompanied by a pic of a bridal gown laid out on the floor.

The confused bride replied: "I'm sorry, I don't mean to be rude or anything but you're planning on wearing your wedding dress to our wedding?

"We could help you find a similar one that fits our planned colours instead!"

At this point, the mother-in-law went mad, replying: "Do not play these games with me you skank. It is MY sons wedding and I am paying for over half of it.

"I will wear whatever f***ing dress I please and if you have something to say about it… well, good luck to your family because Lord knows they are too poor to afford it seeing as I am already paying for more than half.

"Don't you dare even think about trying to ruin this moment for me. You know the rest of my children will not get married in my life time and this is the only wedding of my children that I will be a part of." 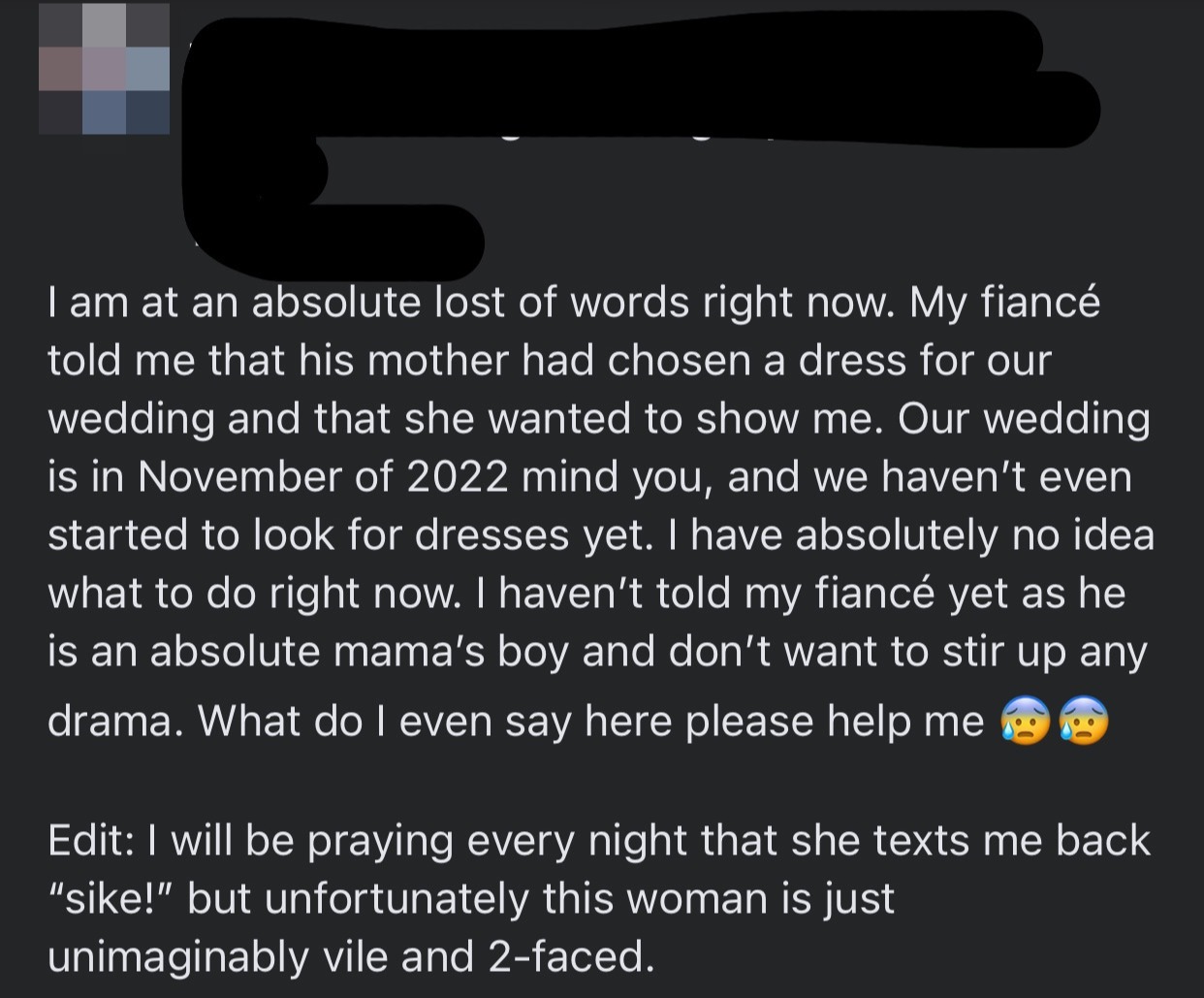 Commenting on Reddit, gobsmacked readers wrote: "First of all he should be going off on his mom for wanting to wear her wedding dress to HIS wedding as if she is the bride (sicko vibes)."

Others labelled it "embarrassing", while one reader said: "every guest will be there looking at the mil and wondering wtf is wrong with her… It still sucks, but I feel like it just outs the wearer as psycho to all her friends and family".

A third slated: "I think if my MIL called me a skank I’d be declining to contact her ever again."

And a fourth said: "Either MIL is banned from the wedding or there is no wedding."

Others said the whole ordeal could be grounds for calling off the wedding.

One said: "Poor girl with this MIL needs to cut contact, cut her funding off, elope, and RUNNNNN. Momma's boy needs to do some growing up or he will get left behind too!"

While a second wrote: "Seriously. If my MIL sent me that nasty text and my bf didn't IMMEDIATELY do something harsh about it, I'd call the wedding off."

And a third argued: "That marriage will not end well. If she's lucky it will end soon, but not well."

But some thought it could be fun to go ahead with the wedding and have some revenge on the groom's mum.

One said: "I'd be really petty and ask every woman attending to wear a white dress. And then go out and get a colourful wedding dress!"

In more wedding news, this bride was dumped a DAY after her wedding, when her "jealous" mother-in-law made her husband choose between them.