Victoria, 28, met her future partner shortly after, and on their wedding day she read the letter she had penned three years ago – and she claims the resemblance to her groom is uncanny. 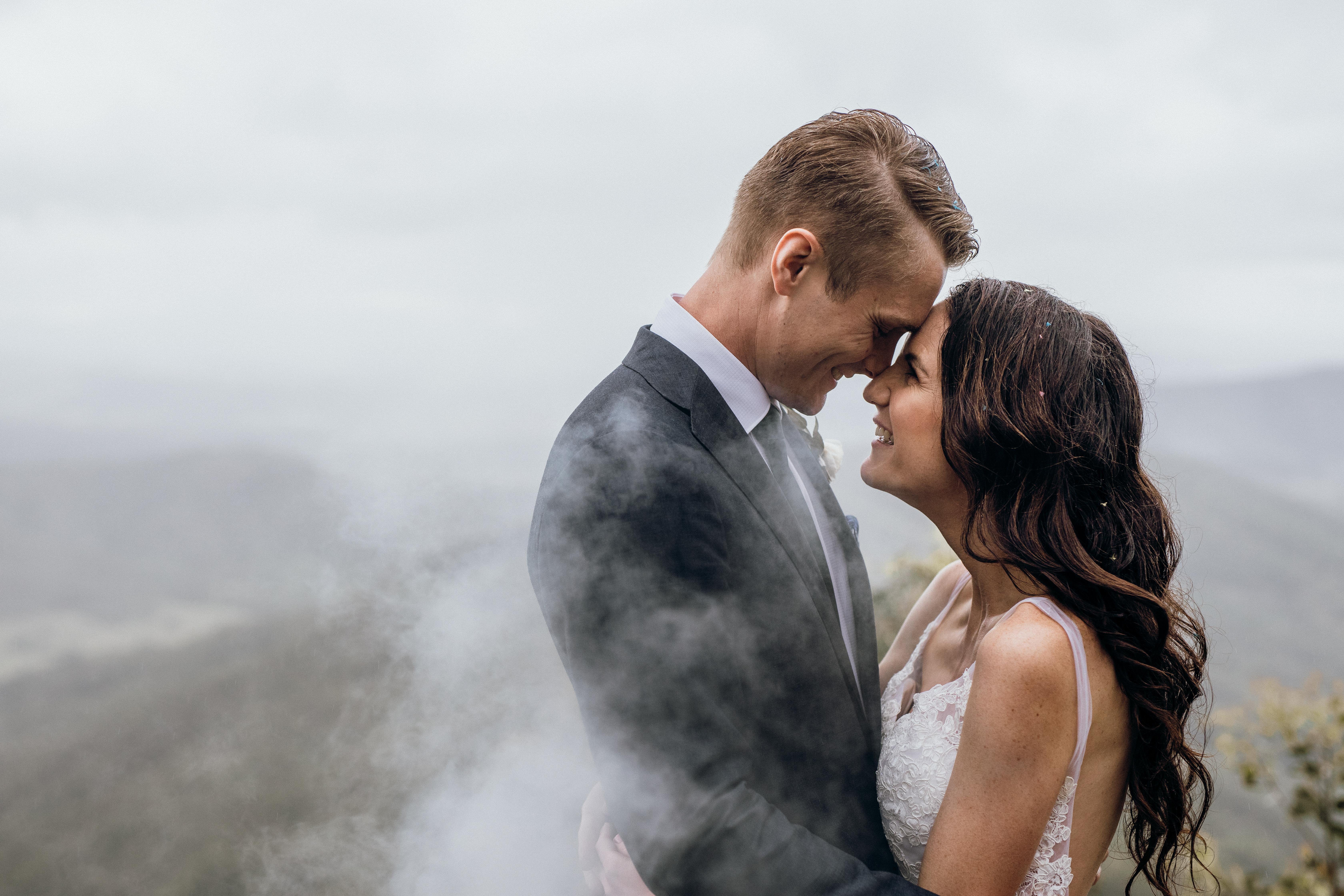 Speaking to Femail, she said: “It just came to me one day, an idea just formed and I started writing.

“It's very personal but I could not believe how perfectly it described Philippe and our story, the things he'd later say to me, like how he was glad he hadn't met me sooner because we both needed to grow into the people we needed to be at the moment we finally met.”

In 2015, the romantic woman moved to Canberra, just around the corner from Philippe Lorrain – the man she would eventually married.

Victoria, who tied the knot with the 35-year-old in Queensland, said there is an “eerie level” of accuracy between the man she wrote down, and Philippe. 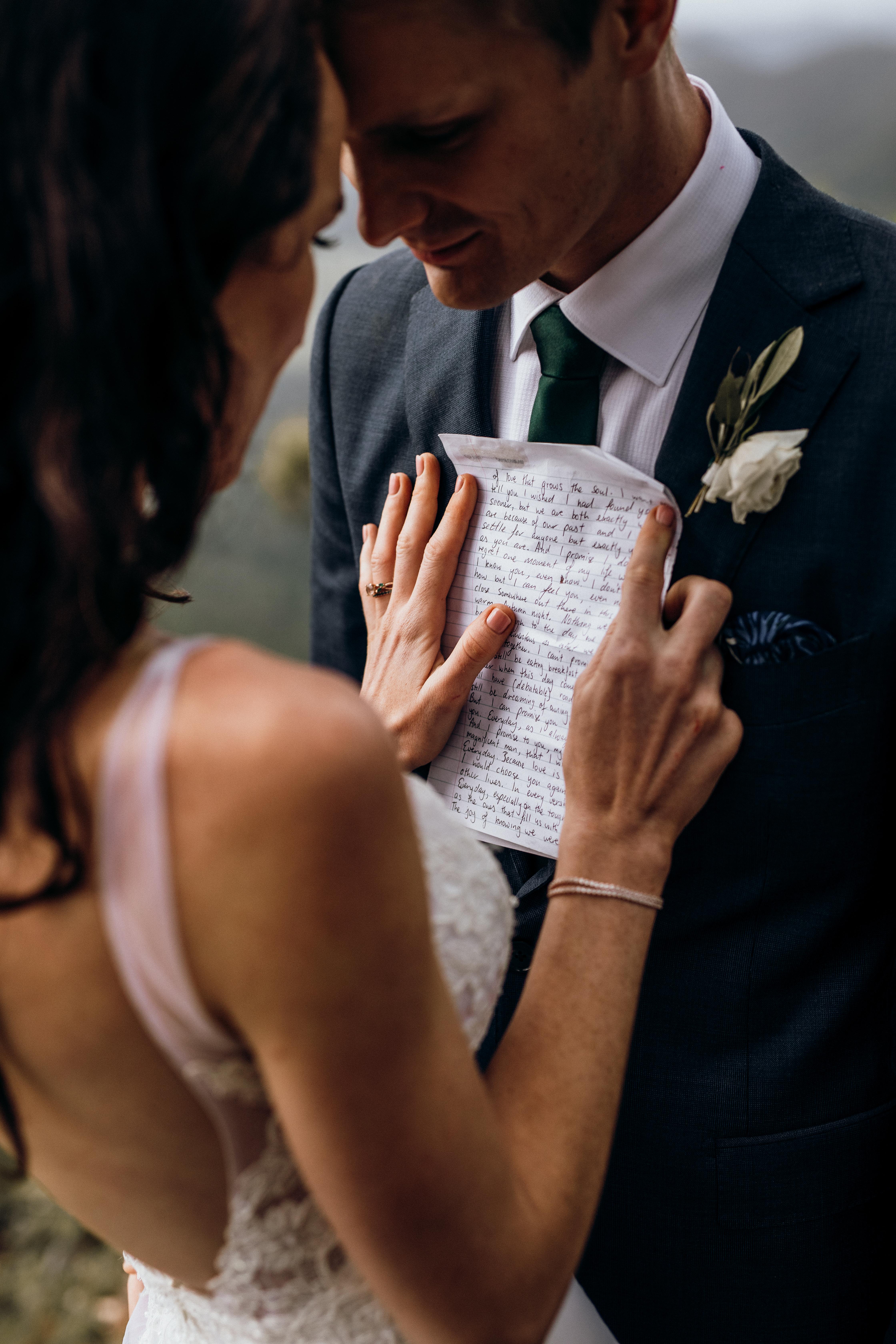 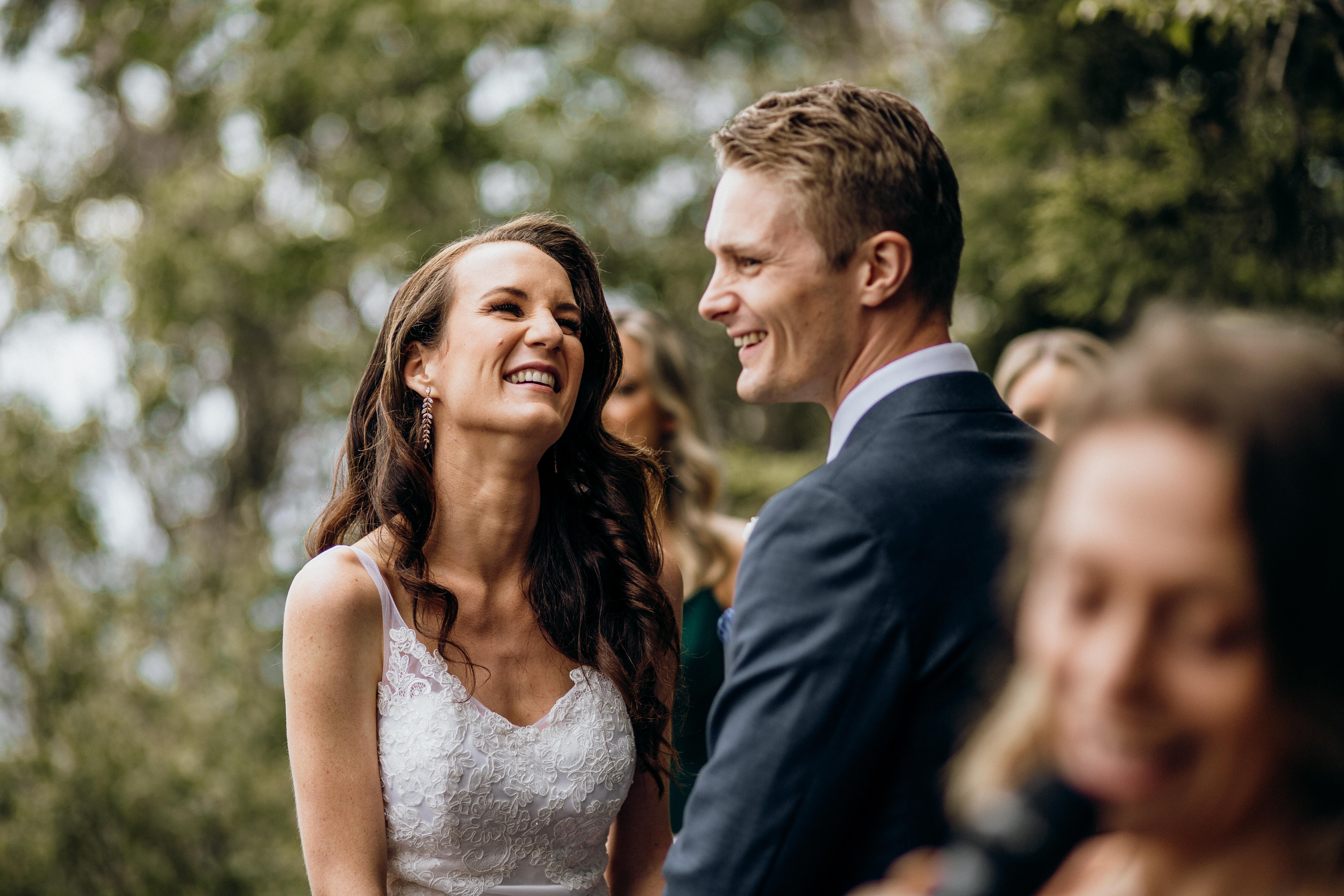 She explained: “Like how he is strong but gentle, he has and could weather any storm, but still takes insects he finds in the house outside instead of killing them, that he was close by but originally from much further away… which turned out to be Germany.”

Victoria wrote in her letter she was often drawn to the night’s sky and felt her future partner was looking up too.

And as it turns out, Philippe is a rocket scientist who often would spend hours looking at the stars too.

The bride said that she felt she had a “deep sense of connection” with her future partner, like they would have “met before”. 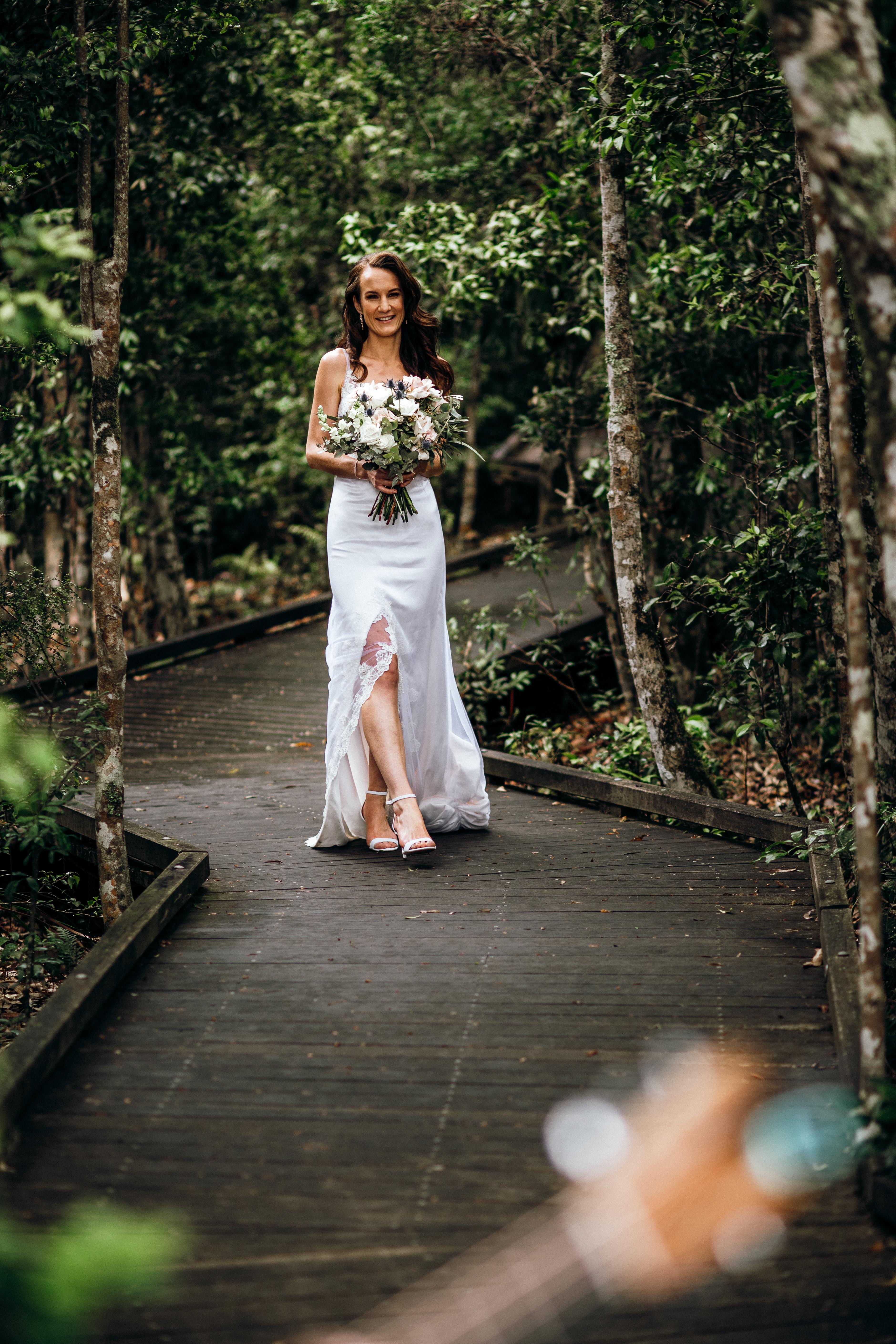 Victoria said this is poignant as they criss-crossed several states at the same time, but never lived more than 500 metres from each other.

Philippe used the post office where Victoria worked, she would run past his house every day and they had lectures in the same place that Philippe did his PHD.

The pair finally met in a bar after one of Philippe’s rowing socials, and they later got engaged on a beach during a birthday trip and married in Victoria’s hometown, Queensland. 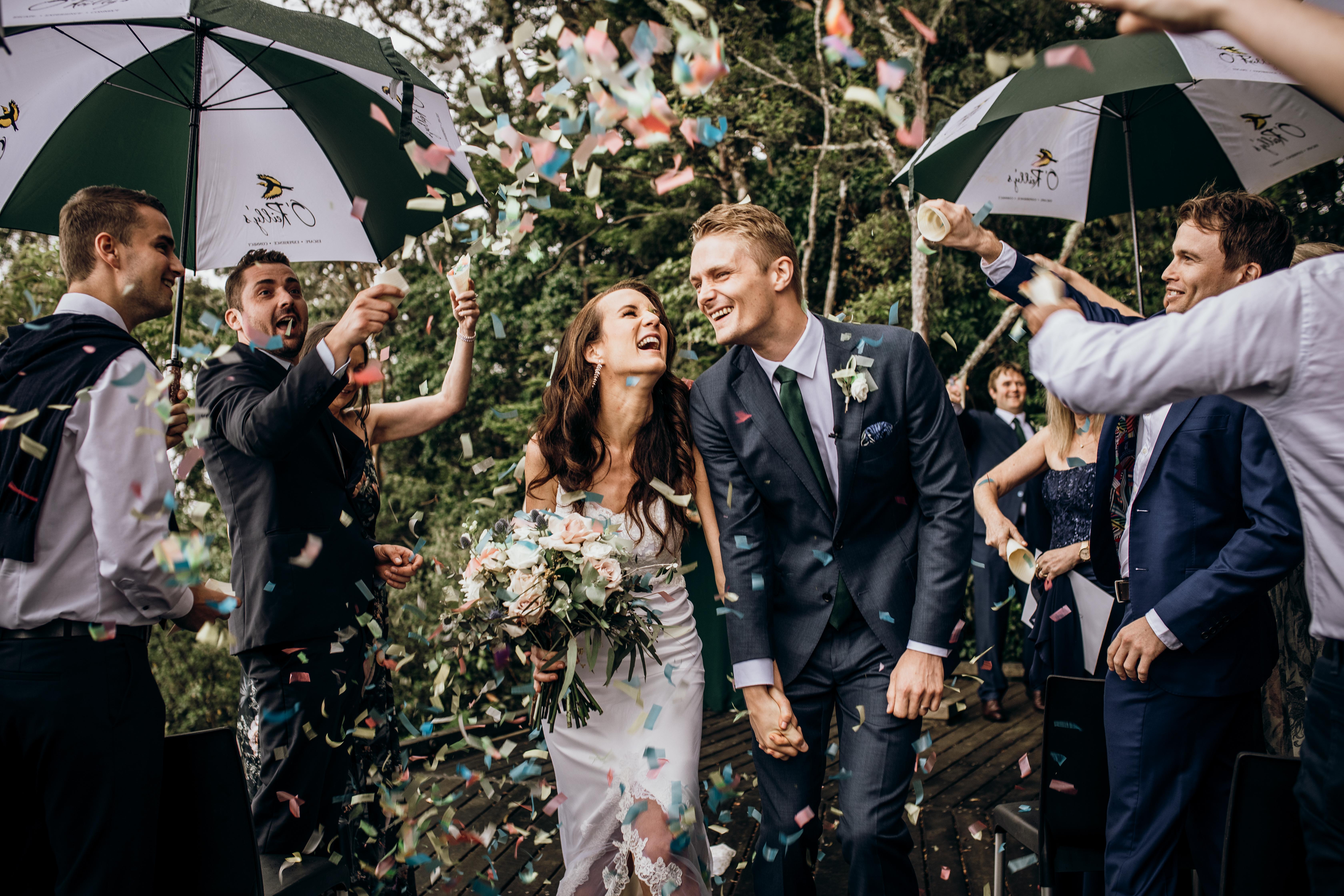 What is even more meaningful is Philippe would often have dreams over the years about holding a woman and looking out over a treehouse.

The dreams are said to have stopped when he met Victoria, and the pair tied the knot on a wooden platform overlooking a rainforest valley.

Victoria added: “I gave my letter to Philippe to read at the top of a mountain during our photo shoot and read it to him with trembling hands pressed against his chest and confetti soaked into my hair.

“It was absolute magic. He teared up and couldn't believe I had written it before we met (I had it date stamped with a cutout of the date from the day's newspaper).”

The couple are currently enjoying their honeymoon in Japan.

In even more wedding news, this bride tells her wedding planner she loves him five days before her big day – but STILL gets married.

And this bride read out her cheating fiance's racy affair text messages instead of vows at wedding.