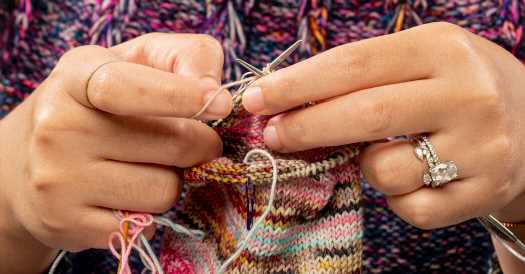 “I was definitely inspired by other people making their bread,” said Ryan Norville, a Brooklyn-based florist. She was talking about the desire that seized her, over the last year, to start making things while stuck at home during the pandemic.

And while baking bread is not her thing, “I was like, ‘I can knit.’”

So Ms. Norville, 28, picked up a pair of needles and yarn and started a blanket for her baby, joining the many restless individuals who dove into hobbies to pass the time (and perhaps, incidentally, even lower their blood pressure and levels of stress and depression).

Even Michelle Obama has been stitching; she told Rachael Ray last fall that “over the course of this quarantine, I have knitted a blanket, like five scarves, three halter tops, a couple hats for Barack, and I just finished my first pair of mittens for Malia.” 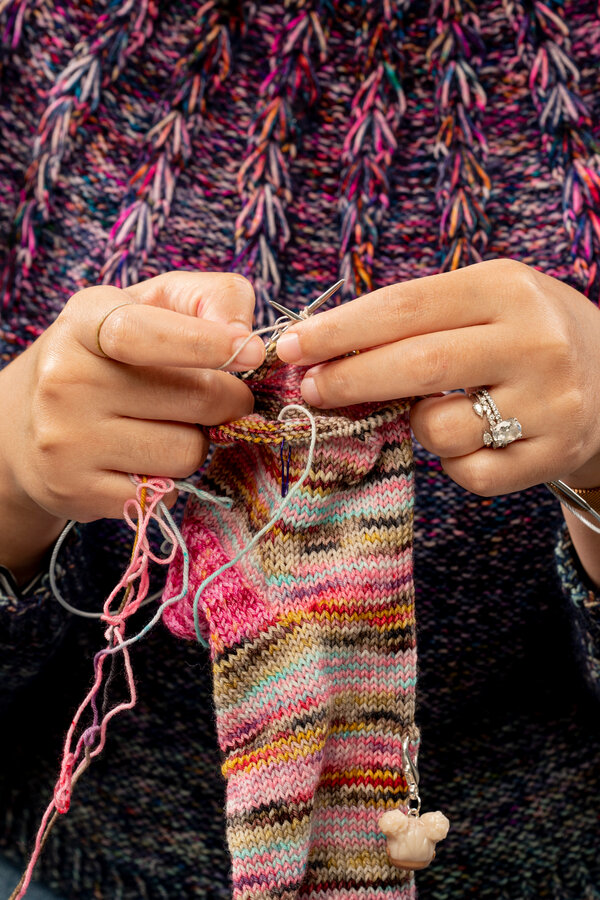 For some Black women, though, knitting is more than a pandemic hobby; it’s a way to celebrate an often overlooked history. Black seamstresses have always been a crucial part of the clothing trade, and during slavery and into the Jim Crow era, many used their sewing and knitting skills to scrap together clothes for themselves and their families.

But this history is somewhat outside the visual record.

Darci Kern, a self-proclaimed “maker” based in St. Louis, said when she saw a photo of Sojourner Truth posing with needles and yarn, a light bulb went off: “I was like, there has to be more of this,” she said. After scrolling through nearly 1,400 images of paintings and photos of people knitting on Google Arts and Culture, Ms. Kern found only two who were Black.

Since then, Ms. Kern, 28, has started a self-portrait series titled “Knitting While Black” on Instagram. Each week, she scours the internet for images of white women knitting. She then allows her Instagram followers to decide which image she will recreate.

“Black people have given this country so much, and as someone who is a direct descendant of people who picked cotton, I think it’s such a travesty that the whole legacy isn’t mentioned,” Ms. Kern said.

Increased visual representation is imperative to honoring the legacy of Black knitters, according to Ms. Kern. Of her white followers, she said, “I want them to understand it’s not a white world, and the reason you can have a great thing that’s relaxing and self-care is because slaves picked cotton.”

Cecilia Nelson-Hurt works as the vice president of diversity and inclusion at L’Oreal; she is also using knitting to spark conversations about race and class. Ms. Nelson-Hurt, 55, comes from a long line of Afro-Latina makers: Her maternal grandmother was a seamstress while her mother baked elaborate wedding cakes. Ms. Nelson-Hurt is continuing the tradition by knitting.

She taught herself to knit after September 11, 2001. “I was like ‘OK, I need something to help me deal with my flight anxiety, my life anxiety,’” she said, adding that she “did not know that this subculture existed.”

The mindlessness of each stitch soothed Ms. Nelson-Hurt then, and it’s doing the same for her today. “In June, I definitely lost my knitting mojo,” she said, referring to the uprisings that followed the killing of George Floyd. “I felt so unsettled, I had to knit through my grief. I’m finding my way back now and able to use my craft as a sign of protest.”

In 2019, conversations about the lack of representation across the knitting supply chain — who frames, makes and sells knits — started to bubble up online. Ms. Nelson-Hurt took the discussion to her social media.

The discussion of who knits and why needs to be reimagined, Ms. Nelson-Hurt said, “so that when we do bring in people who are different, they feel seen, supported, heard and valued.”