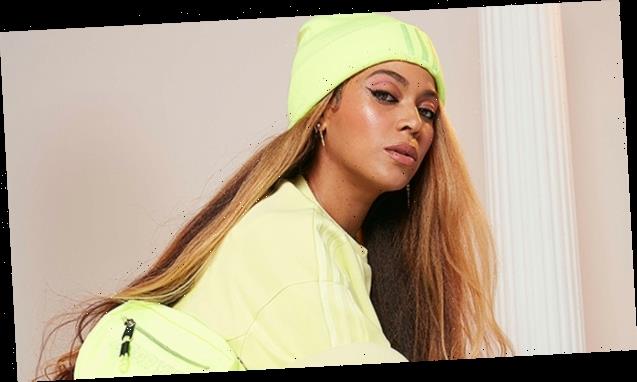 Pretty in pink! Beyonce looks fierce as ever while posing in front of a truck in her latest Adidas x Ivy Park look on Instagram.

The latest Ivy Park collection is called Icy Park, and the queen herself, Beyonce, is modeling one of the looks in a new photo, which was taken by Robin Harper and posted to the official @WeAreIvyPark Instagram page. For the shoot, Bey rocked a pair of pink, high-waisted leggings and a matching crop top. The long-sleeved top led into gloved fingertips, while the leggings led into heeled boots on her feet. For the shoot, she posed in front of a fur-lined jeep, which was decorated in the same pink design.

Ivy Park has been teasing the Icy Park collection for several days now. In another shot, Hailey Baldwin rocked a brown crop top and skirt, which featured the same pattern as Bey’s pink look. There was also a matching jacket and hat to go with her look. Gucci Mane and Kaash Page were also photographed wearing looks from the wintry collection.

On Jan. 26, Beyonce once again wore an Icy Park look for another shot shared to Instagram. This time, she was decked out in all-white, with a furry hat and mittens, along with clunky sneakers. Ivy Park first teased the Icy Park collection, another collaboration with Adidas, back on Jan. 24. A launch date has not been confirmed. 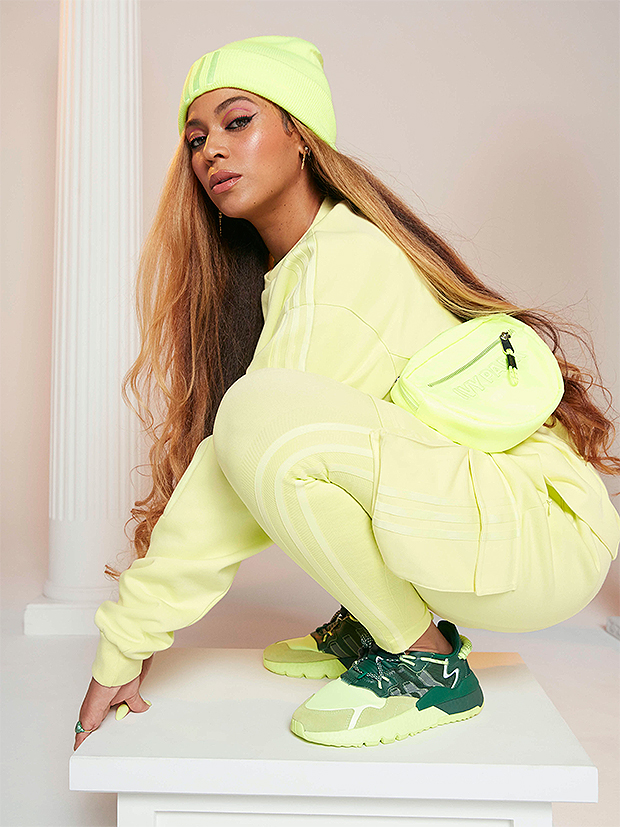 Beyonce first introduced Ivy Park to her fans back in 2016. The athleisure line features tops, bottoms, sneakers and more. In 2019, the brand collaborated with Adidas for the first time. The joint collection had its first drop in Jan. 2020, followed by a second in Oct. 2020. Beyonce has modeled Ivy Park clothing herself many times, and her daughter, Blue Ivy Carter, 9, has even gotten in on the fun by wearing the brand.

The Icy Park collection seems to have some wintry-inspired ensembles, while also staying true to the workout/athleisure look that fans have grown to love from Ivy Park. In the past, Beyonce has gifted fellow celebrities with her Ivy Park clothing, and of course, they’ve shown them off on social media, as well. It’s unclear if that will be the case once again this time around.