Now lives: In a three-bedroom apartment in the Astoria neighborhood of Queens that she shares with two roommates.

Claim to fame: Ms. Boateng is a young actress who uses the theater to dissect race and politics. She appears in the play “Fairview,” which won the 2019 Pulitzer Prize in drama (and is currently at the Theater for a New Audience in Brooklyn through Aug. 11). Ms. Boateng hopes her provocative performances make her audience sweat. “I don’t think it’s a mistake that I find myself in unconventional and unapologetic theater,” she said. “As an artist, discomfort is my sweet spot.”

Big break: At the age of 9, she joined a local Christian performance troupe, where she learned how to step dance and performed at nearby churches and homeless shelters. “Even at a young age, I was always at the center of performance and social justice,” she said. Her first professional role (before getting her master of fine arts degree at New York University’s Tisch School of the Arts) was in a free outdoor production of “A Midsummer Night’s Dream” at Marcus Garvey Park in Harlem in 2013. “I learned how fearless I wanted to become because I was surrounded by artists who had a handle and facility with the text and their bodies in ways I didn’t, but I was eager to get,” she said. 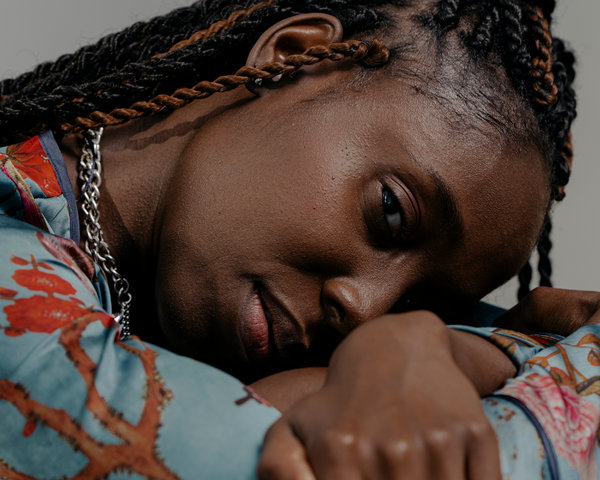 Latest project: Without giving away too much of “Fairview,” Ms. Boateng plays Keisha, the sporty daughter of an upper-middle-class black family who is trying to take time off between high school and college. Her performance has earned high praise. “I don’t believe you should come to the theater to be a spectator,” Ms. Boateng said. “I believe you should be a participant.”

Next thing: She makes her small-screen debut, appearing in the gritty crime drama “City on a Hill” on Showtime, and the final season of “Orange Is the New Black,” which premieres on Netflix on July 26. The latter was her first TV role. “Every time I mentioned this, folks on set would say, “Wow, really? You look so relaxed and like you’ve been doing this forever,’” she said. “I didn’t know set lingo and camera specifics, but one thing I did know is that you’ve gotta be the most prepared. And you’ve gotta be the calmest in the room.”

Clean slate: “Fairview” is so charged in its examination of race relations that the play’s producers hired a therapist for the cast. “I had to learn that I am not responsible for what people walk away with, positive or negative,” she said. “The therapist taught me simple things like washing your hands after the show as a way of being able to say to yourself, ‘I am done.’”