She’s still got it! More than 30 years after doing a pool shoot for Chanel, Helena Christensen slipped into a one-piece swimsuit to recreate the look.

In the spring of 1990, Helena Christensen posed in an iconic photo for Chanel, where she stood on the ladder of a pool, dripping wet. For the shoot, she wore a one-piece, off-the-shoulder, black swimsuit, which had a daisy at the center. Her look was accessorize with chunky diamond necklaces and earrings, and she had her hair slicked back with the pool water. Now, 31 years later, Helena has recreated this legendary look for a new series of pics!

The model took to Instagram on June 9 to share her new take on the shoot. This time, she wore a black, one-piece swimsuit that had a majorly, low-cut plunging neckline. Once again, her hair was slicked back with water, but she had on sunglasses as her only accessory. Her lips were colored with a similar red shade for the re-shoot, and she looked like she’d barely aged a day!

Helena shared the before-and-after photos, WHICH YOU CAN SEE HERE. Although she looked so similar in both, she pointed out one big change: “My boobs grew,” she captioned the slideshow. Fans and fellow celebrities flooded the comments section with fire emojis to let Helena know just how incredible she looked, and in just eight hours, she received nearly 20,000 likes. 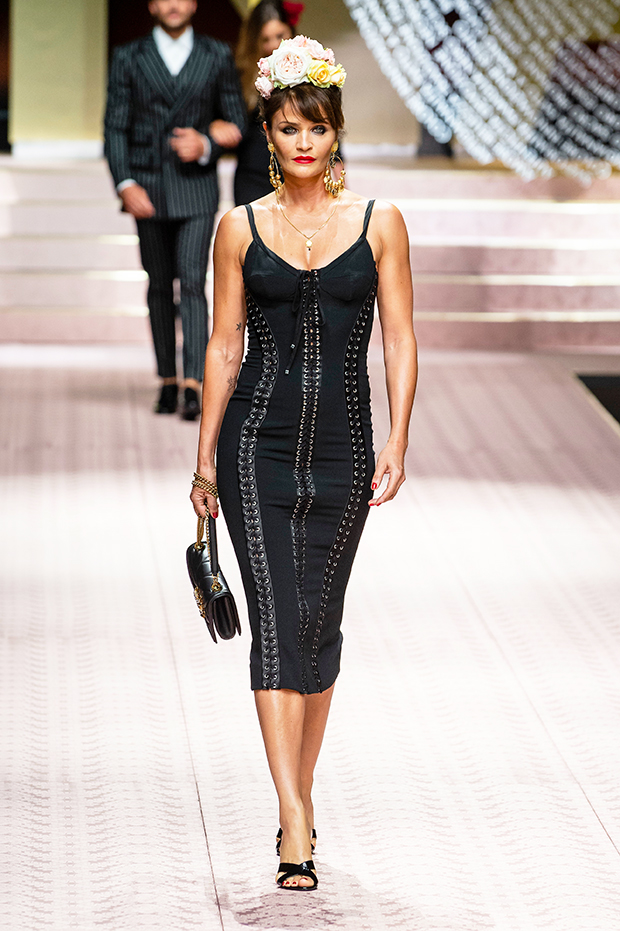 Helena is one of the most recognizable models of the 1990s. In addition to gracing the covers of magazines like Vogue, she starred in brand campaigns for companies like Revlon, Prada, Hermes and more. Plus, she was one of the original Victoria’s Secret Angels! As she’s gotten older, Helena has continued to model, while also becoming a mother — her son Mingus, who she shares with ex Norman Reedus, was born in 1999.

Mingus is actually following in his mom’s modeling footsteps. In fact, the two posed for a Victoria’s Secret campaign together back in April! The resemblance between the two was simply uncanny as they took black and white pictures for the brand’s Mother’s Day campaign. Clearly, the kid has good genes!