It’s the moment all sneakerheads have been waiting for — NBA superstar Zion Williamson‘s first-ever Jordan Brand signature shoe … and it’s a beaut!!!

The original “Gen Zion” colorway is in black and white, which symbolizes Zion’s upbringing and growth.

Williamson explained the meaning behind the colors … saying, “The white and black colorway is important to me. Growing up I was taught that your home base is your foundation.”

“Whether it’s your family or your brothers, you need a solid base to start from, and that’s what the black and white colorway represents for me.” 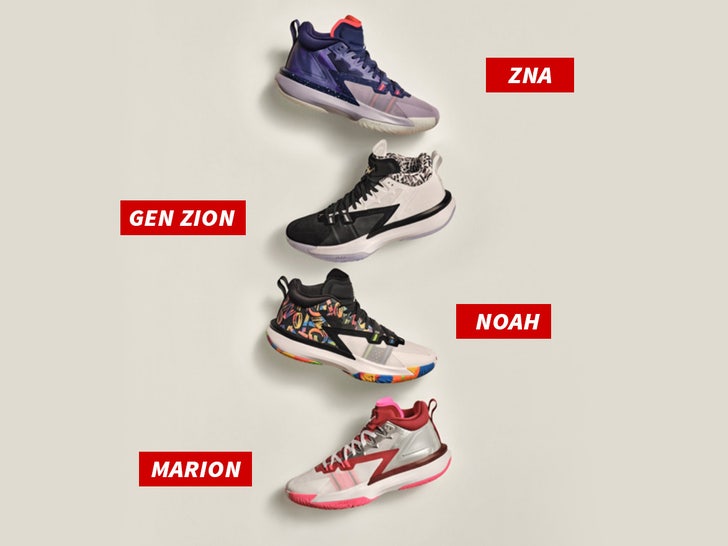 Speaking of Noah, Zion’s lil’ bro made a cameo in the first commercial for the sneaker … and you can tell the kid’s gonna be a star, too!!

It’s a monumental moment for the brand — it’s the Jumpman’s first signature release with its new era of superstars like Jayson Tatum, Bradley Beal and Luka Doncic.

Zion will debut his shoe Tuesday night against the Brooklyn Nets … and ya gotta imagine the folks at Jumpman are praying he doesn’t pull a “Kyrie 4″ moment like he did at Duke. 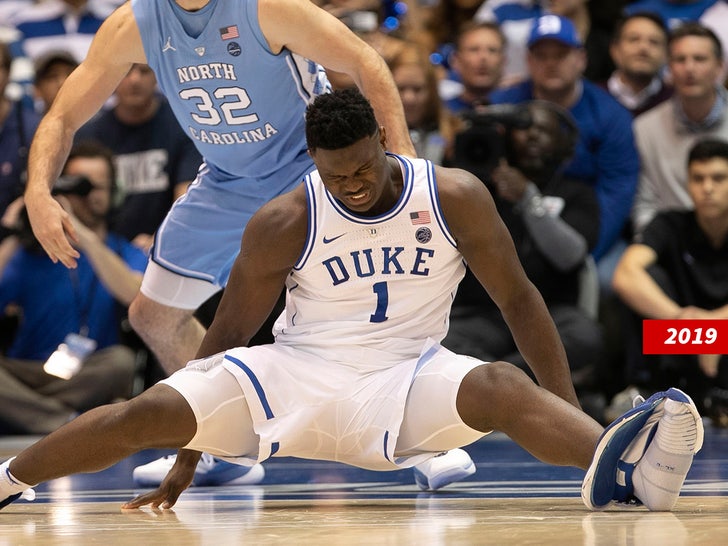 In fact, the shoe was specifically designed to be worn by players at every position — which means it’s durable, yet light — so here’s hoping it’s strong enough for the star baller!!

The sneakers — which come with a $130 price tag — hit the shelves on April 23 … and we got a hunch they’re gonna sell like hotcakes.