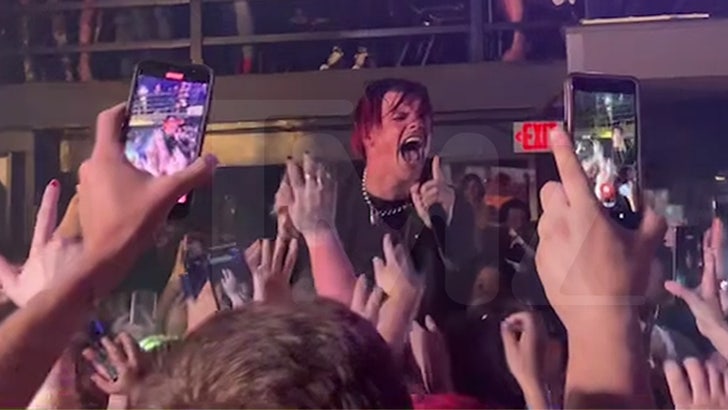 Yungblud took to the stage this week for a momentous event since the pandemic began — welcoming back concertgoers (in-person) … who came flocking in, mostly without masks.

The rocker held his first public show at WeHo’s Whisky a Go Go, which was packed to the gills with folks dying to get out and catch some tunes up close and in the flesh. It’s all kosher, obviously — the state of California is open again, and masks are largely optional.

However, it’s interesting to see that the majority of people here chose not to wear a face covering … especially because we’ve heard it was all basically on an honor system in terms of vaccination. We’ve heard from people who went that there were no vaxx card checks … so it’s a little dicey. Some may have been vaccinated, others easily might not have been. 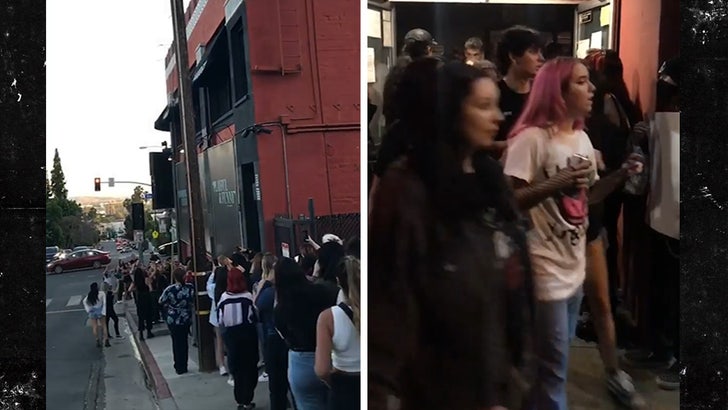 That might make you squirm a bit when you see just how huddled and close people got during the performance — especially when Yungblud got down low to the ground level.

At this point, it appears enough people are getting vaccinated that these people felt comfortable enough to take the chance … to which we say, rage at your own risk. Word around town is that a lot of these smaller venues aren’t checking vaccine status, so … 🤷🏽‍♂️ 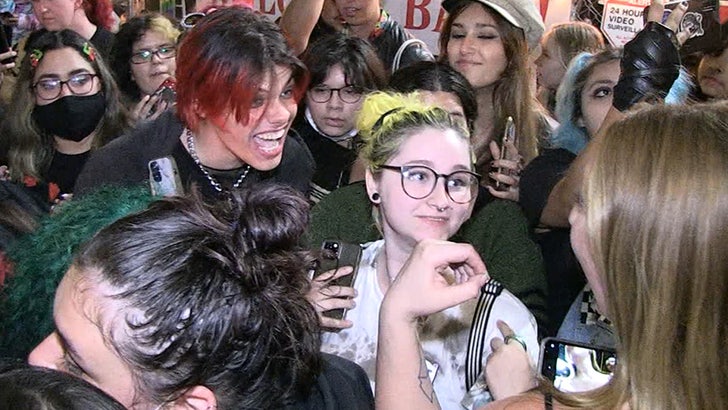 BTW, Machine Gun Kelly and Megan Fox were in attendance for this shindig — they’re pals with Yungblud — and of course, they were doing their thing up in the upper deck … making out and stuff.

Check out the scene after the concert … it’s just as crazy as what was going down indoors. Sure feels (and looks) like the virus is well behind us, don’t it???