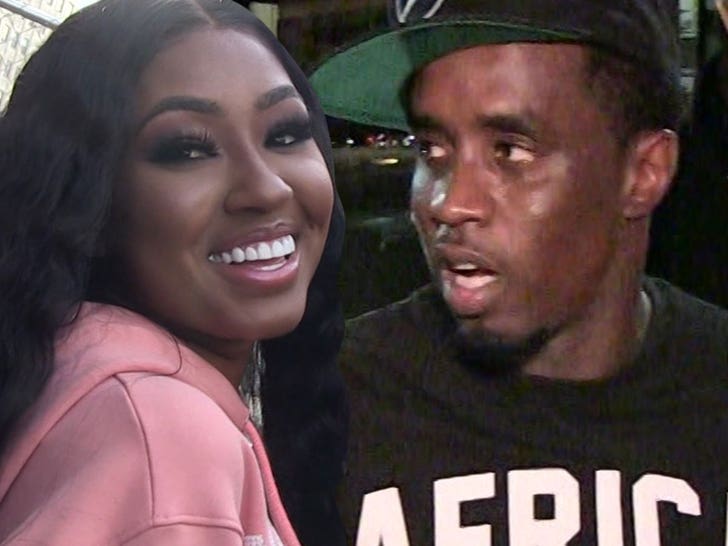 Yung Miami didn’t hold back during a discussion about her bedroom fetishes on the latest episode of “Caresha Please,” and now fans think her BF Diddy‘s running a streaming service!!!

Miami and her fellow 305 rap queen Trina were getting sauced while playing a drinking game called “Resha Roulette” … when she revealed she’s into getting peed on during sex!!!

Trina, who’s been flipping foul lyrics since Miami was a toddler, was seemingly at a loss for words — although she copped to making it rain on men, she was confused if her bodily fluid constituted a golden shower. 😅

As for Miami’s love for water sports … the internet soaked it up, immediately directing so many jokes at her man, “Pee Diddy” was a trending topic!!! 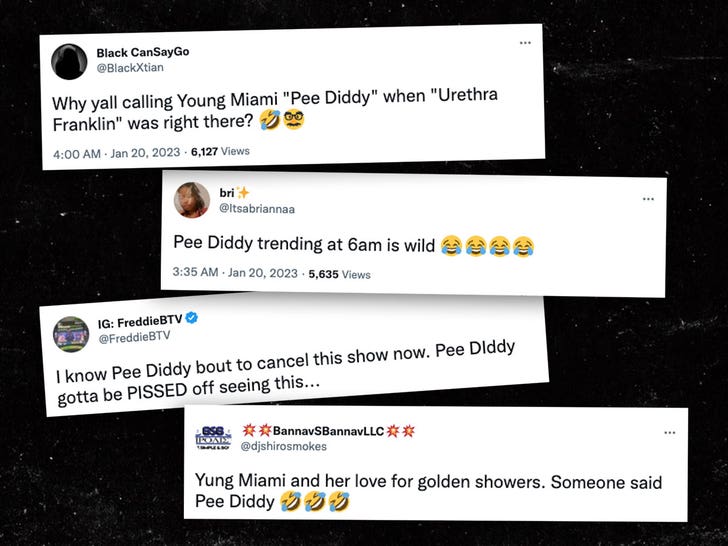 Miami and Diddy’s relationship has been a big part of fan conversation as of late — particularly after the Bad Boy mogul recently had a baby girl with another woman.

This is one way to crush all that baby talk. Clearly, their relationship is alive and well. Wet too!!!