Tom Brady will easily go down in history as one of the greatest football players the NFL has ever seen. Brady, along with head coach Bill Belichick, has brought the New England Patriots to numerous Super Bowl finals, and Brady has six championship rings. Needless to say, he’s making an incredible amount of money. Here’s how much we can expect the quarterback to make in 2020 and 2021, plus his salary increase for 2019. 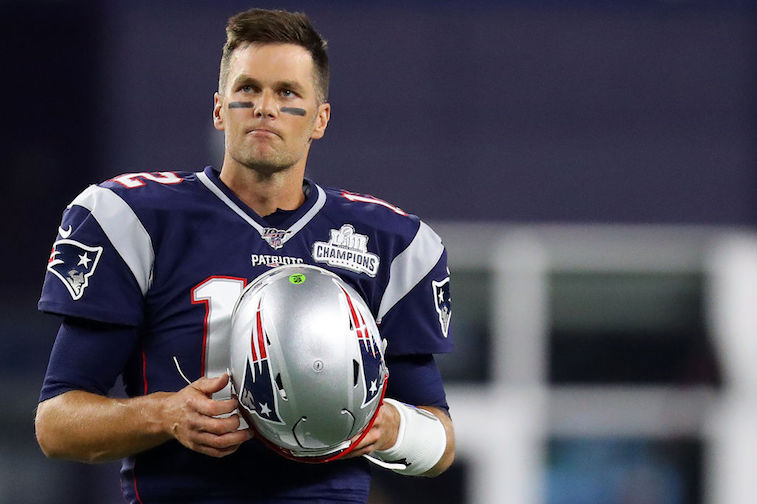 Brady is arguably the best quarterback in NFL history

The New England Patriots have fans mostly from the New England area, but they’re not one of those teams who people all around the country admire. In fact, most people who aren’t Patriots fans absolutely despise the team. But that could be because Brady is the quarterback. Think of him how you will, but Brady will go down in history as one of the best quarterbacks to ever play the game — if not the best. Brady was drafted by the Patriots back in 2000 and has been playing with the team ever since. He’s won six championships (the most of any NFL player in history) and has appeared in nine Super Bowls.

Though Brady’s paycheck might spark the debate of whether professional athletes are overpaid, there is no denying that no NFL player earns his pay as much as he does. Brady, who turned 42 in August and is one of the oldest player sin the league, received a two-year contract extension with the Patriots just a day after his birthday; the deal was worth $70 million. It bumped his 2019 pay up from $15 million to $23 million.

Though $23 million seems like more than enough of an annual salary, when you’re history’s best quarterback, there is still room for more. According to NFL.com, Brady’s contract extension sets him up to make a whopping $30 million in 2020 — and tacks on another $2 million to his salary for 2021. However, those numbers aren’t set in stone. NFL.com also reported that Brady and Belichick are open to adjusting those salary numbers in the coming years if necessary.

Brady admits he has his wife, Gisele Bündchen, to thank for his success

Though the Patriots have a roster full of top-notch players,their wins are mostly thanks to Brady’s massive skill on the field. But he hasadmitted that he credits most of success to his wife, Gisele Bündchen. The twohave been together since late 2006, and Bündchen has been his biggest supporteron and off the field. He once said she makes him do bizarrepre-game rituals before each game; she built him an alter with photos ofhis kids that he can take with him to the games, plus she makes him usehomemade drops (he didn’t specify what’s in them) and wear a necklace ofhealing and protective stones. “I stopped questioning her a long timeago,” Brady said in an interview withCBS. “I just shut up and listen.”