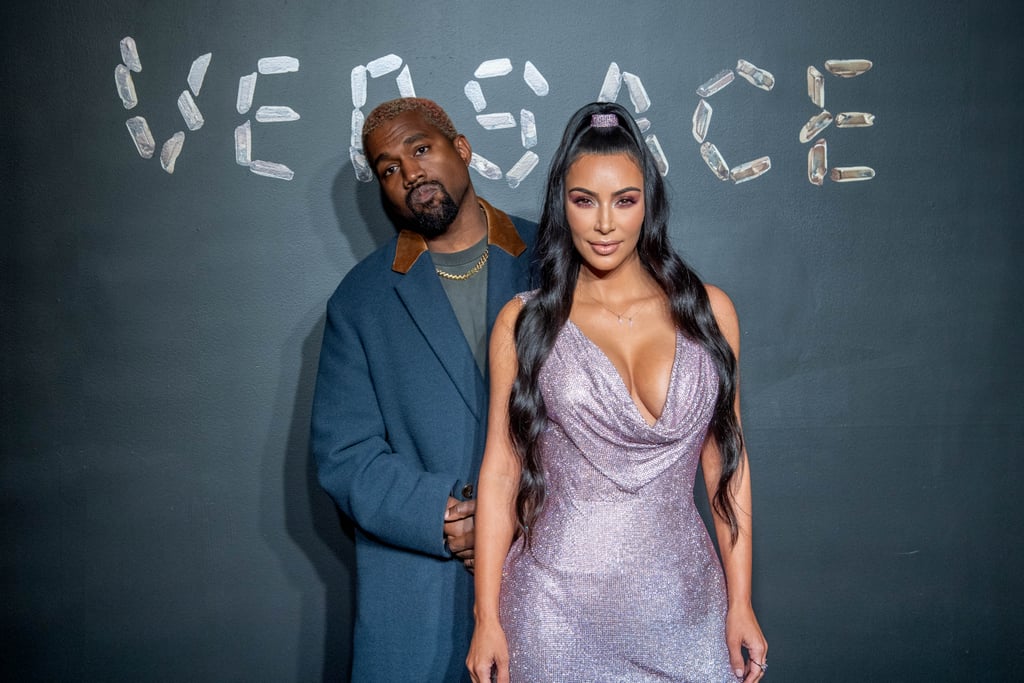 It was date night for Kim Kardashian and Kanye West at the Versace pre-Fall fashion show in NYC on Sunday night. As per usual, Kim looked all sorts of sexy in a sparkly minidress, and the couple struck their signature red carpet pose as Kanye stood behind his wife and made silly faces for the cameras. Also at the event were Kim and Kanye’s pals rapper Young Thug and 2 Chainz and his wife, Kesha Ward.

It’s been two years since Kim’s harrowing Paris robbery, and on Sunday night’s episode of Keeping Up With the Kardashians, the 38-year-old reality TV star reflected on her choice to return this past Summer for the Louis Vuitton men’s show. “I have so many special memories in Paris,” Kim said after she decided to support their friend and designer Virgil Abloh at his first runway show. “For a second, I was like, I was so stressed out over my security, just the movement of everyone. But other that, it was fine. I didn’t really have a lot of anxiety . . . I don’t think I’ll ever really forget my experiences in Paris — the good or the bad — and I think that’s OK. It all has made me who I am. Thinking about it, I think I could go back and spend more time and feel safe and comfortable.” We’re glad to hear Kim is in much better spirits!