Royally Rocky: Inside William and Harry’s Relationship Over the Years

“I believe there was some sort of connection and conversation or something beforehand — that was not the first time those two brothers had a conversation with one another,” the etiquette expert said on Monday, April 19, while speaking of the brothers’ dynamic at the service. “I cannot imagine those two brothers starting in that line and that [funeral] procession — going through what they went through as brothers and being as thick as thieves as they said before — and not speaking to one another until after the service.”

The Swann School of Protocol founder noted that William, 38, and Harry, 36, “love one another” and their body language after the Saturday, April 17, funeral looked as though they were having a “continuation of what had already been done.” 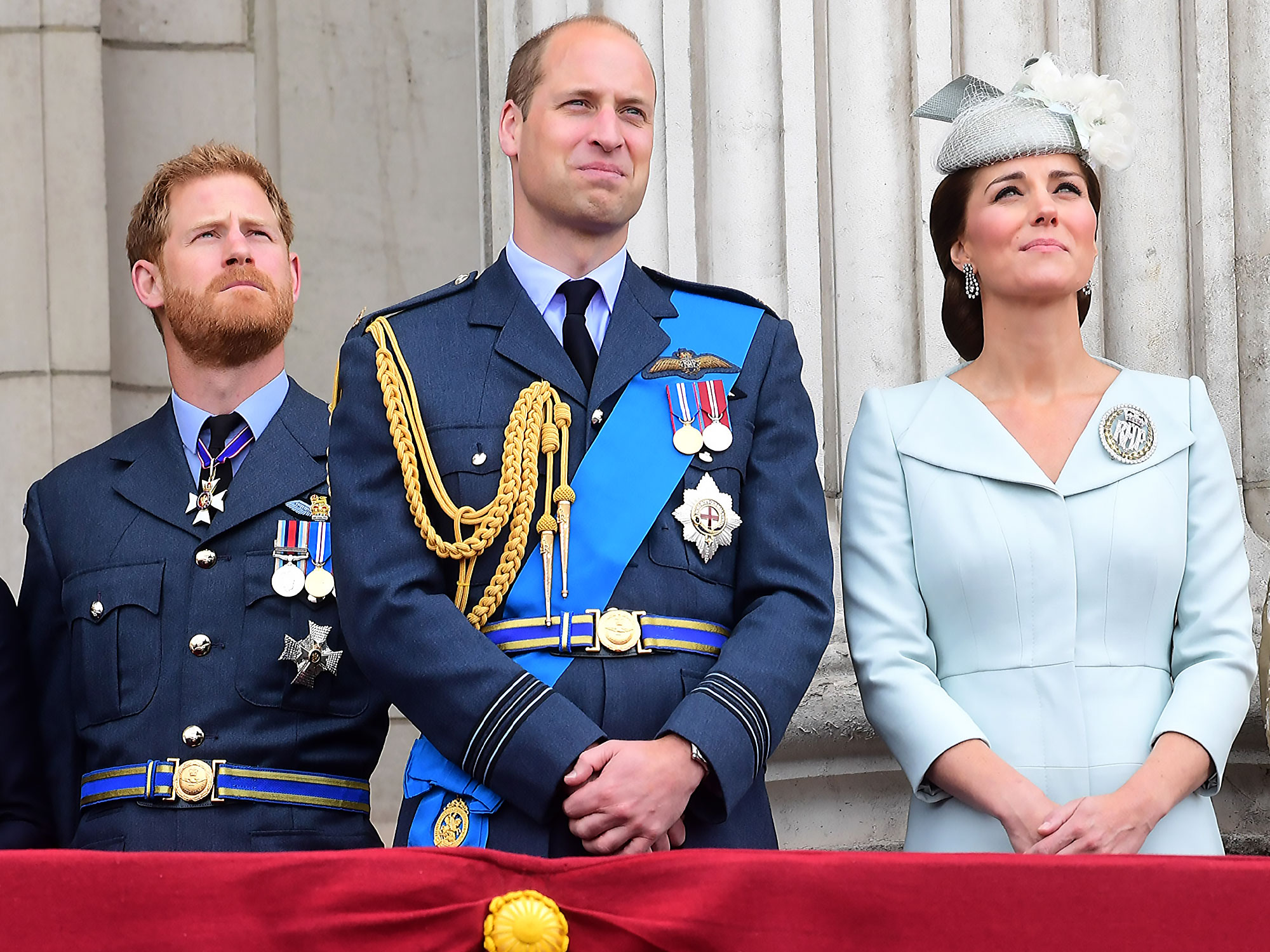 The Duke and Duchess of Cambridge made headlines on Saturday when photographed with the Duke of Sussex following the St George’s Chapel memorial for the late royal, who died on April 9 at the age of 99.

The trio was seen walking together with Kate, 39, along the outer flank of the siblings. Saturday marked the first time the brothers and William’s wife had seen each other since Harry’s royal step back in early 2020 and relocation to the U.S. with wife Meghan Markle.

The reunion, which included the family members chatting outside the chapel, came one month after the former military pilot and the former Suits actress, 39, spoke out against the royal family and cited racism directed toward Meghan as one of the reasons for their departure. The tell-all interview created a bigger rift between Harry and William.

While mourning the loss of the royal patriarch, who was married to Queen Elizabeth II for 73 years before his death, William and Harry, however, appeared to be mending fences.

“I believe it was natural,” Swann said of the brothers’ post-funeral walk. “If you look in, you see, William, he kind of hung back a little bit and waited for his brother and then continued to walk. It was nice for us to see them walking together, but I believe it was a very natural moment. I don’t think that was contrived.”

The Let Crazy Be Crazy author added that Harry “would not allow himself” to be part of a show. “I think genuinely these brothers, they want to reconcile. They want to get past their differences. They’ve been through a lot together,” she explained.

Swann noted that Saturday’s interaction showed promise for true reconciliation between the siblings after a few rocky years.

“You recognize two siblings trying to pull it together. I think Harry was doing his best to say, ‘Hey, you know, bro, we’re still here. I’m still here. I still love you,’” she told Us. “And I believe William did his best to open his body language toward his brother. You have to look at the fact that he turned it toward him. And so, in that opening, that’s saying, ‘Come on in let’s talk, let’s chat.’”

A source previously told Us that the royal family had a “hope that [the men] can bond in person after Harry touched down in the U.K. on April 12.

A second source said the brothers “won’t want to stress their grandmother with any ill will of negativity” which would allow them to “get through this quietly and be cordial.”