Surprise guests are pretty much guaranteed for every half-time Super Bowl performance. Since this year’s event is only days away, fans are trying to figure out who The Weeknd could possibly invite on stagr with him. It’s likely he’ll ask artists who he’s already collaborated with, but that still leaves so many to choose from, since his discography is quite extensive. One question fans can’t get out of their heads is will Ariana Grande join The Weeknd at the 2021 Super Bowl? Let’s look at the possibility she’ll appear.

As fans know, the two stars have a long history together. They first teamed up in September 2014 with the release of "Love Me Harder" off Grande’s second studio album My Everything. After remaining friends for years and seeing each other’s careers blow up, they worked together again on Grande’s Positions track "Off The Table."

Interestingly enough, right before his Super Bowl performance on Sunday, Feb. 7, The Weeknd will drop a greatest hits album called The Highlights on Feb. 5, and it will feature "Love Me Harder." Technically, the song belongs to Grande since it’s on her sophomore album, which has fans thinking The Weeknd added it because Grande will be joining him at the Super Bowl. If they do team up for an unforgettable performance of "Love Me Harder," people will be itching to buy the song, which makes the track a perfect addition for his new album. 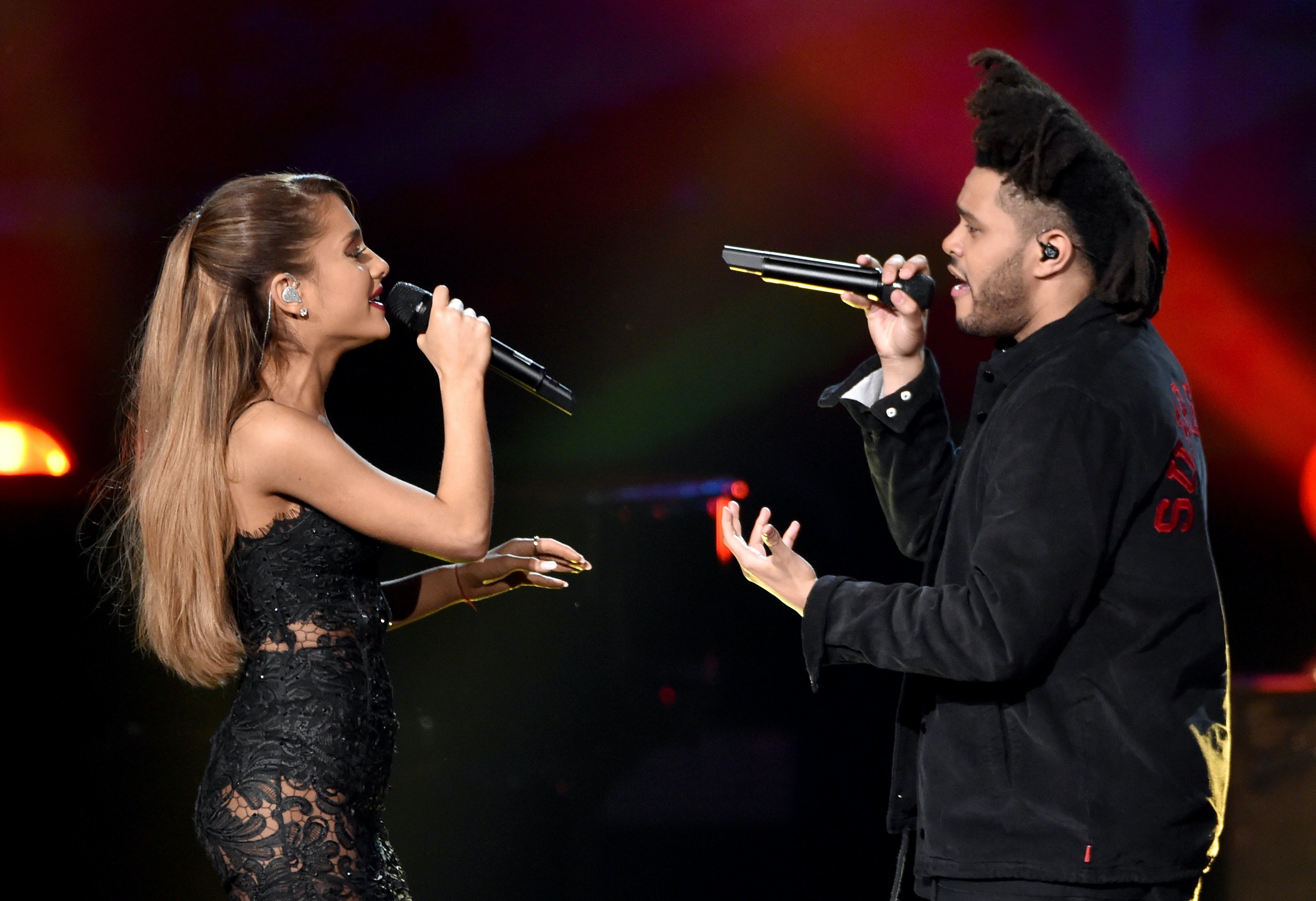 Right now, reports claim Daft Punk may be joining the Weeknd for the Super Bowl, but they can’t be the only act. In 2020, Jennifer Lopez and Shakira called up their industry friends J Balvin and Bad Bunny on stage with them, and at one point, Lopez’s daughter Emme appeared as well. The year before that, Maroon 5 called on Travis Scott and Big Boi, meaning The Weeknd will probably be joined by two or three artists as well.

Other artists who could join the Weeknd are Kenny G and Doja Cat, who he dropped an "In Your Eyes" remix with in 2020. He could also show off his Canadian pride by having Drake on stage with him.

There are so many possibilities, and fans are crossing their fingers Grande is one of them!