Prince George and Princess Charlotte will be feeling a whirlwind of emotions on Friday as they break up for the summer holidays from Thomas’s Battersea.

George, eight, and Charlotte, seven, only had a half day at their school and it will have been a particularly emotional one given that they most likely won’t be returning to the London establishment come September.

It is thought that the Duke and Duchess of Cambridge, along with their three children, are planning on moving to Windsor to be closer to the Queen and Kate’s parents, who live in Berkshire.

Although reports have not yet officially been confirmed by Kensington Palace, royal fans could expect an announcement on the family’s relocation very soon, given the start of the summer holidays.

The family will have a lot more freedom to roam in the Berkshire countryside – not to mention the fact that the Queen’s Windsor estate has an astonishing 655 acres!

But although they have a lot to look forward to after their move, Friday may have been tinged with sadness for George and Charlotte, as they said goodbye to the friends they’ve made while attending Thomas’s. 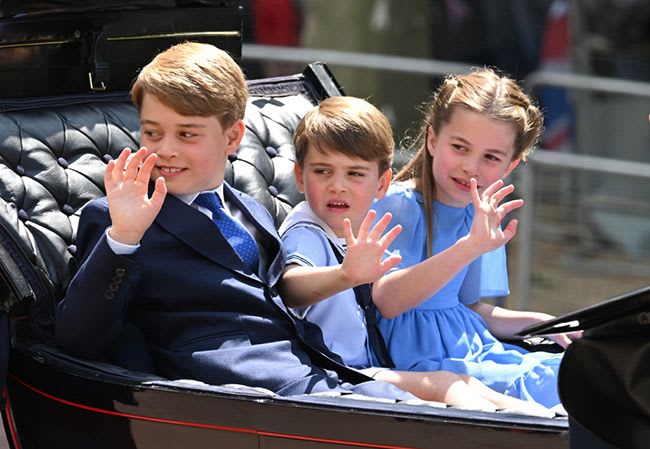 They shouldn’t struggle too much when it comes to swapping city life for country living, however, given that both siblings spent their respective early childhoods outside London.

MORE: Why Prince Louis’ early childhood and education has been so different to Prince George and Princess Charlotte’s

George and Charlotte might not be the only ones who find today emotional – their mother Kate has been spotted out socialising with fellow school mums from Thomas‘s before, and will surely miss the community of parents she has been a part of.

Before George started school in 2017, there was much speculation that he would follow in the footsteps of his father and his uncle Prince Harry by attending Wetherby School in Notting Hill. 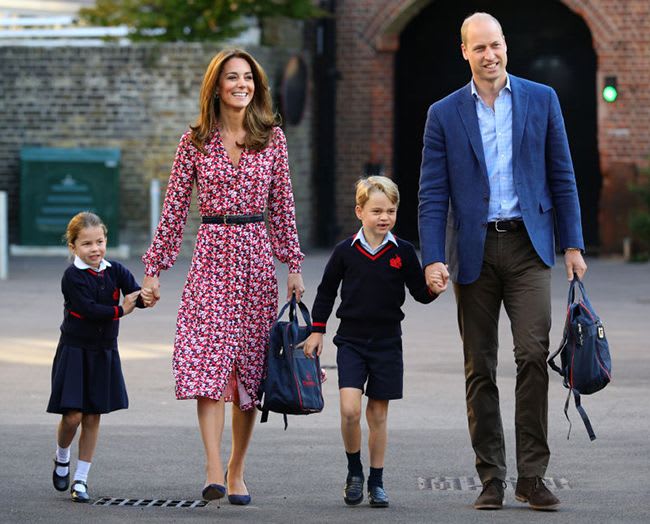 PHOTOS: 17 adorable photos of young royals on their first day at school!

However, William and Kate opted for Thomas’s instead, and loved it so much, they sent Princess Charlotte there two years later!

George, Charlotte and Louis’ new school has not yet been revealed, but if their parents’ choice of primary school is anything to go by, instilling kindness in the siblings will be their top priority.

Thomas’s Battersea school’s website states: “Whilst we are proud of our record of senior school entrance and scholarship successes, we place a greater emphasis on a set of core values, which include kindness, courtesy, confidence, humility and learning to be givers, not takers.”