Back to the beginning! Kylie Jenner and Travis Scott returned to Coachella Valley Music and Arts Festival on Saturday, April 13, and shared a sweet kiss at the place where they were first linked two years ago.

The 21-year-old Lip Kit maven posted a picture to Instagram of the pair exchanging a passionate smooch while standing on the steps of a private jet. Jenner sported a white crop top paired with a denim jacket, matching pants and a bucket hat, while the “Goosebumps” rapper, 27, rocked a black T-shirt and shorts as he wrapped his arms around his love.

Jenner and Scott sparked romance speculation in April 2017 after they were spotted getting cozy together at the music festival, shortly after the makeup mogul split from ex-boyfriend Tyga. “He immediately gave Kylie a kiss,” an onlooker told Us at the time of Scott’s actions following his set.

“Coachella was one of the stops on his tour,” Jenner later explained during an interview with GQ in July 2018 of never having an official date before then. “So he said, ‘I’m going back on tour — what do we want to do about this?’ Because we obviously liked each other. And I was like, ‘I guess I’m going with you.’ … I really jumped on the bus. And then we rode off into the sunset. I did the whole tour with him.”

Though she never confirmed her pregnancy until after giving birth, Jenner and Scott welcomed their first child, daughter Stormi Webster, in February 2018. The Keeping Up With the Kardashians star shared an emotional 11-minute video at the time, showing the months leading up to the little one’s arrival.

Jenner and Scott recently weathered cheating accusations after the entrepreneur “saw” that the Grammy nominee “was talking to girls on Instagram DM,” a source told Us in February.

However, the pair has since seemingly moved on. “Kylie and Travis are doing well and are focused on raising Stormi,” an insider explained to Us earlier this month. “Everyone is getting along.”

The brief rift came amid drama with Jenner’s best friend Jordyn Woods, who was caught “making out” with Khloé Kardashian’s then-boyfriend Tristan Thompson at a party in February. The infidelity — which wasn’t the first cheating scandal the athlete made headlines for — led the Strong Looks Better Naked author, 34, and Thompson, 28, to split, nearly 10 months after they welcomed their daughter, True.

Scroll down to see pictures of Jenner and Scott’s 2019 Coachella appearance!

Jenner documented a makeup session prior to heading to the music festival with her beau. 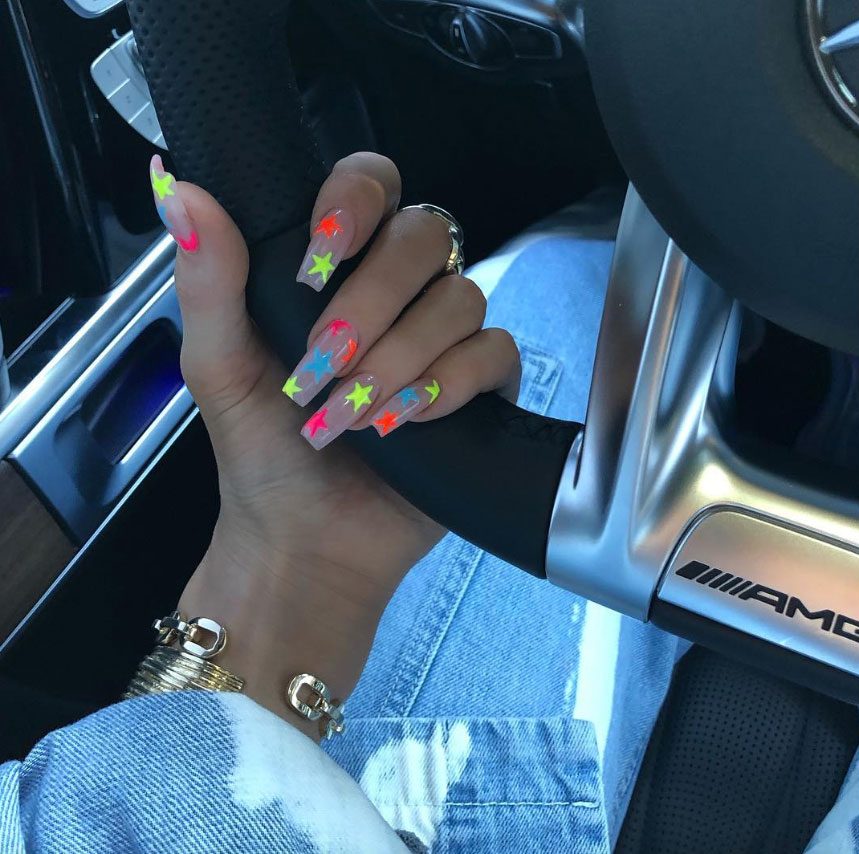 The reality star rocked neon nails for the occasion. 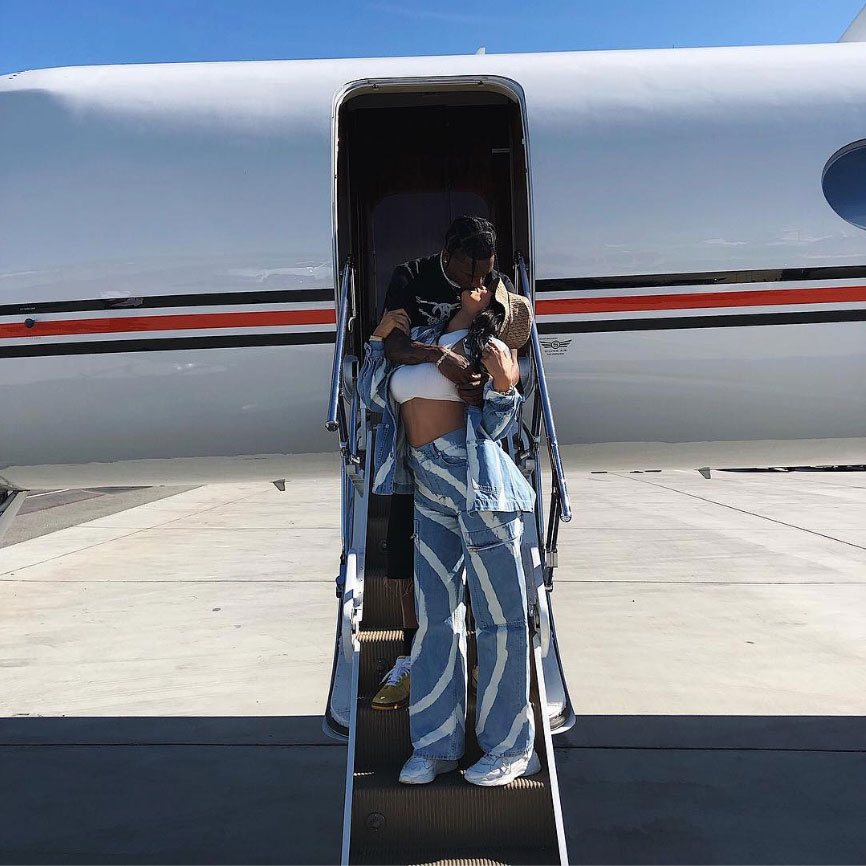 Scott and Jenner didn’t pass up an opportunity to pose for the camera. 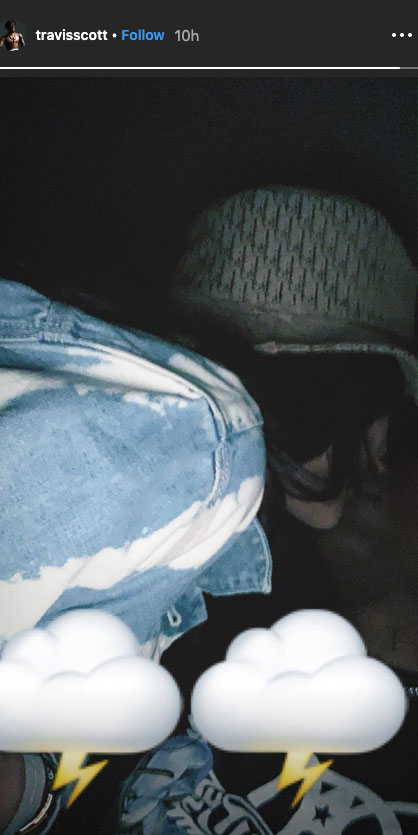 Scott shared a selfie of the pair locking lips on his Instagram Stories. 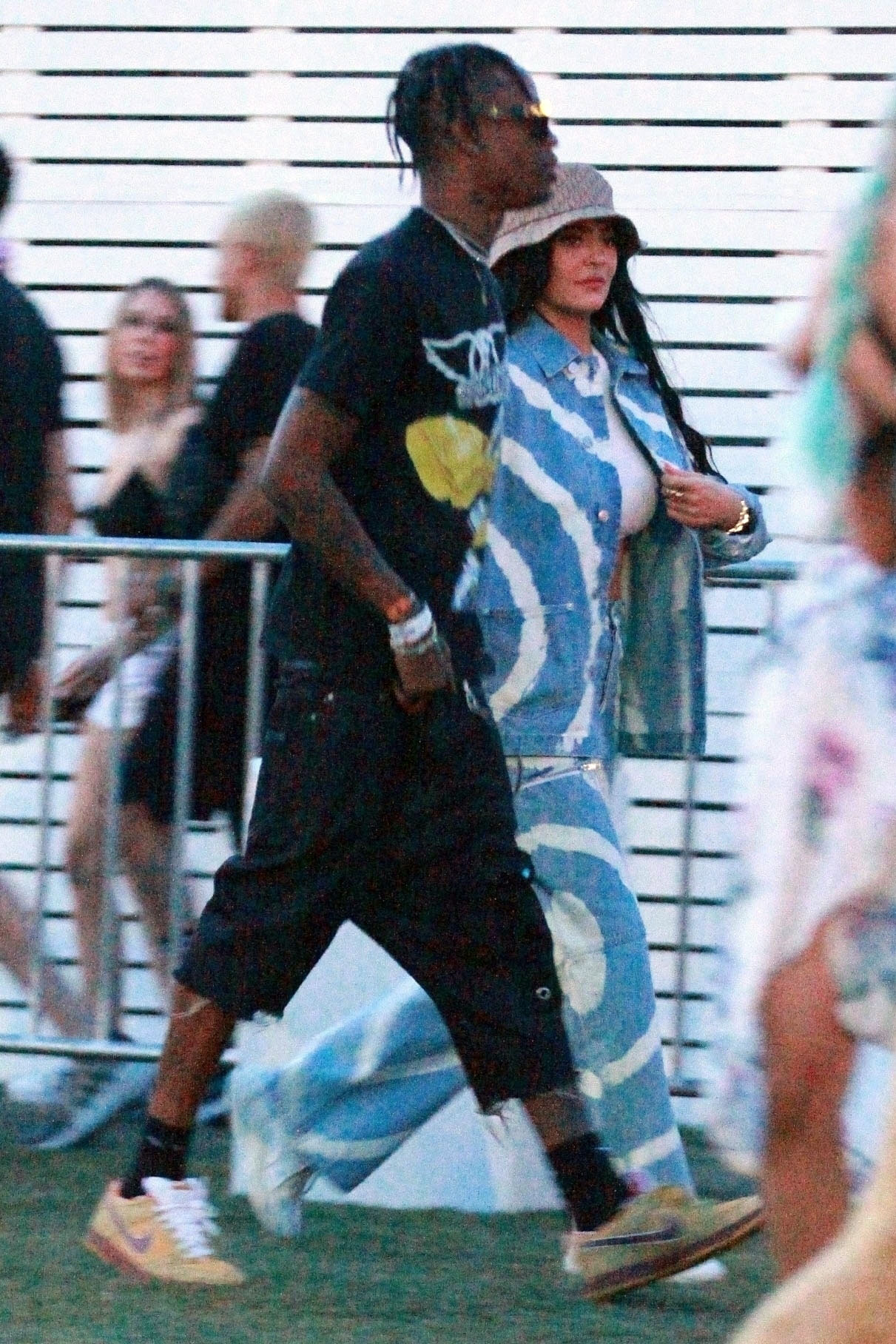 The duo looked effortlessly adorable together as they appeared to have a blast.