Every season of The Bachelor brings new drama, new dates, and new fan-favorites to the screen. While Season 25 has been all over the place with a change in location, randomly adding new contestants mid-season, and possibly a producer plant (looking at you, Victoria), it’s also introduced Bachelor Nation to Katie, a contestant who will definitely go down as one of the greats. Chances are you’re as blown away by her candor as the rest of viewers are. As you’re getting to know her, you’re probably wondering what Katie Thurston’s real job is. The Bachelor contestant has a lot going for her, both on-screen and off.

While a sex toy entrance might seem incredibly bold, it’s not out of character for the 30-year-old "story teller." 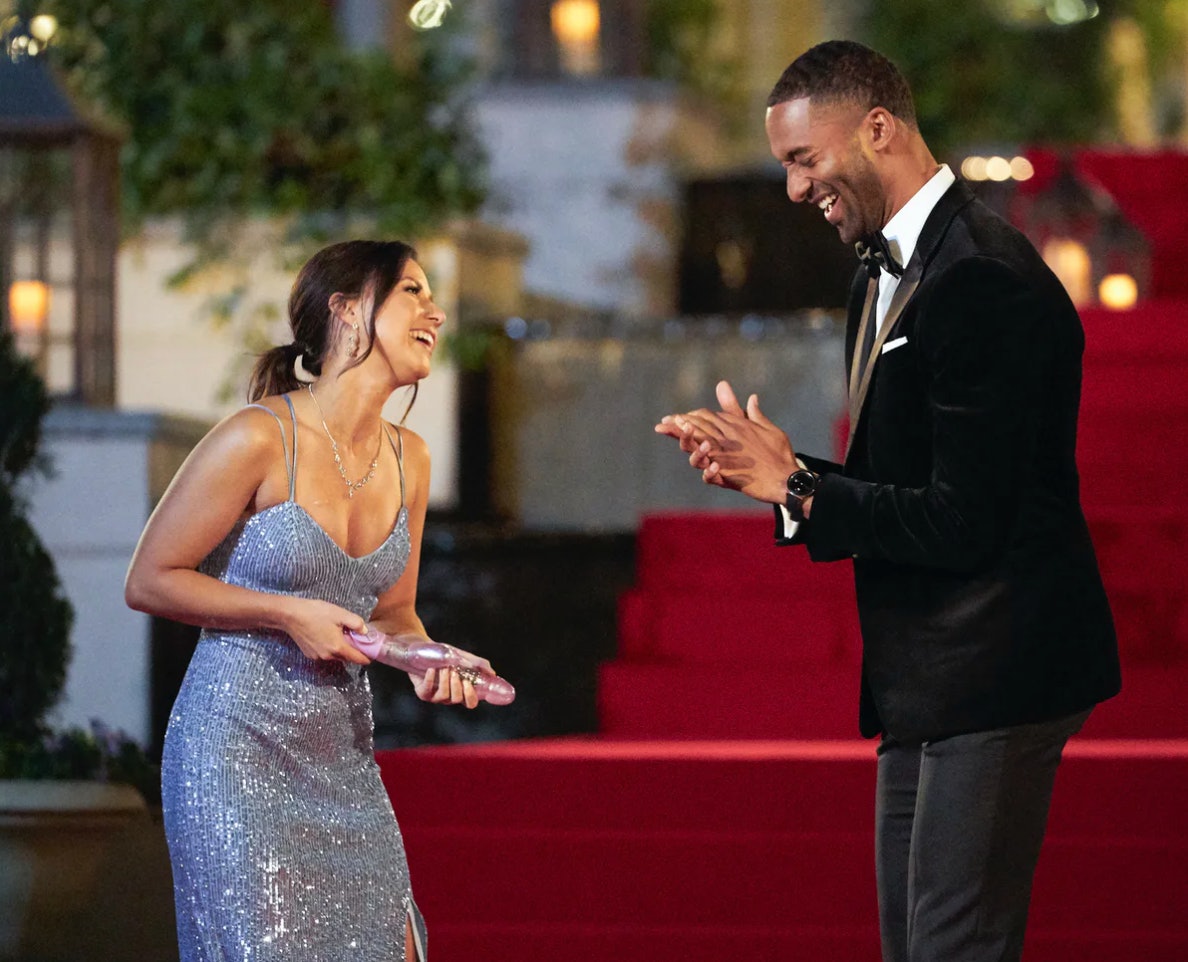 Katie actually went viral on TikTok in May for telling a story about how she pooped herself at work. Since then, she’s gained a large following for talking about everything from OnlyFans to d*ck pics. Considering her social following and content, you might think she works in comedy, but her day job is actually much more tame. She’s currently a bank marketing manager although according to her ABC bio, she would love to host her own talk show one day.

While at first fans loved Katie for her playfully, sexually-progressive humor, as the weeks go on, it’s clear the contestant is extremely well-rounded. Not only did she connect with Sarah despite the pair butting heads, but she spoke up against the in-house bulling and informed Matt of the ill-treatment of other contestants. Only time will tell if she winds up engaged to the Bachelor, but either way it’s clear Katie is the complete package and has rightfully secured her spot as a franchise favorite.