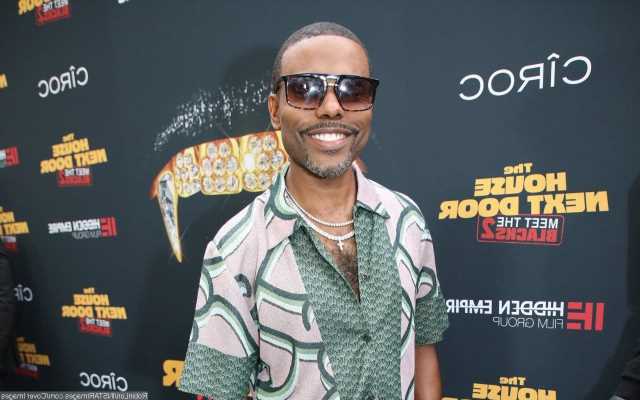 Sharing a clip of the aftermath of the accident, the comedian/rapper claims he was riding a 4-wheeler when he was hit by a car, resulting in a broken leg that requires a surgery.

AceShowbiz –Lil Duval may not be joking at the expense of pop culture figures for the time being. The comedian has been involved in an accident that left him with a broken leg, so he revealed via a social media post on Tuesday, July 26.

Making use of Instagram, Duval shared the news to his followers along with a video taken in the aftermath of the incident. The video shows him wincing in pain while laid out on a gurney as medical professionals attended to him.

His arm was bandaged and it appears that he was also injured on the ribs. He was then transported to a local hospital in Nassau via a medical helicopter. He is set to undergo a surgery for his broken leg.

In the caption, the 45-year-old offered brief information on what led to his hospitalization. “Somebody hit me in they car while i was on my 4 wheeler,” he wrote. “Now my leg broke and i gotta get flown over to nassau and have surgery.”

In the comment section, Duval’s friends and fans sent their prayers and wished him a speedy recovery. Among the well wishers was Xzibit, who wrote, “Aw man. Pls be well.” Angela Simmons said, “praying for you . And speedy recovery.” Another commented, “Damn. Cmon man. Prayers up,” while a fourth person added, “WTF?? Get well soon bro.”

Just hours before the accident, Duval poked fun at “out of shape” women. He tweeted earlier on Tuesday, “Ladies have somebody around that’ll be honest and let you know when you getting out of shape. Cuz by the time y’all accept it y’all be too far gone.”

Needless to say, Duval received backlash for his comment, with one person telling him, “Shut up.” Another reacted, “I could go the rest of my life without seeing any of his ‘wisdom’ on my timeline,” as another fired back, “Just Like Y’all Men Need Somebody Around Y’all To Tell You When To Shut Up & Mind Your Business … But Y’all Dont Like Being Around Them.”