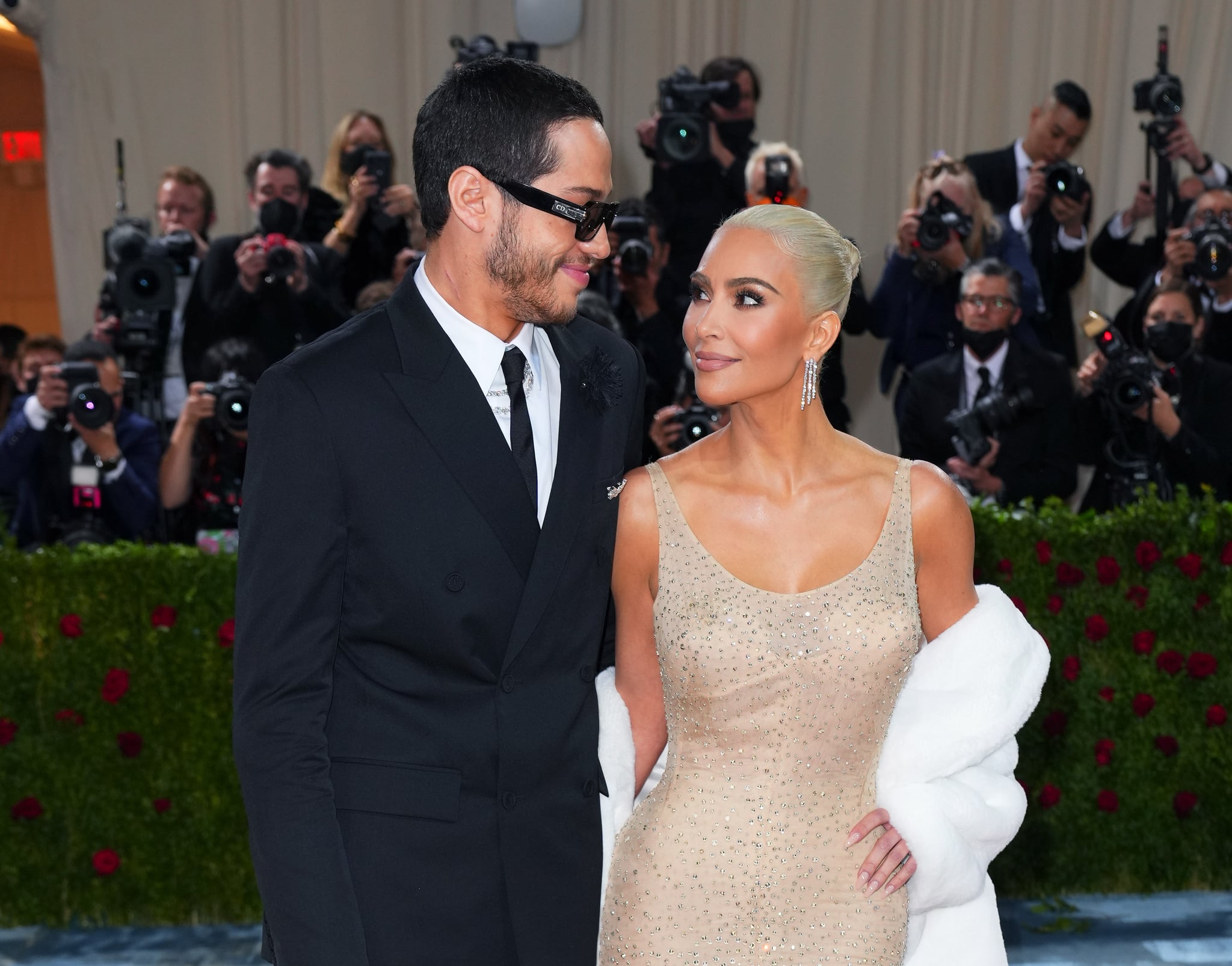 Kim Kardashian and Pete Davidson have been dating for almost a year now, but details about how they first got together have been pretty hazy. Up until now, it was only known that they met at the Met Gala in September 2021, a month prior to her “Saturday Night Live” hosting debut. During a recent interview on Dear Media’s “Not Skinny But Not Fat” podcast, Kardashian said the comedian approached her to discuss her upcoming stint on “SNL.” Davidson then offered his number, but because Kardashian had gloves on, she couldn’t put it into her phone.

Kardashian and Davidson eventually reconnected during Kardashian’s “SNL” gig, though they didn’t interact much. According to Kardashian, Davidson only showed up the day of her appearance and skipped out on the afterparty. He also didn’t sign off to be filmed for her family’s “The Kardashians” Hulu show. So then, how did these two start dating?

On the June 2 episode of “The Kardashians,” the reality-TV star shed light on how her budding romance with Davidson came to be. And turns out, Kardashian was the one who made the first move. “I did ‘SNL,’ and when we kissed in scene, it was just a vibe,” Kardashian recalled. “So a few days later, I called the producer at ‘SNL’ and I was like, ‘Hey, do you have Pete’s number?’ And they were like, ‘Yeah!'” Curious about all the “BDE” rumors, Kardashian ended up texting him. “I was just basically DTF,” she added.