Per the Wall Street Journal, the property is set to be managed and branded by Hilton’s Waldorf Astoria Group 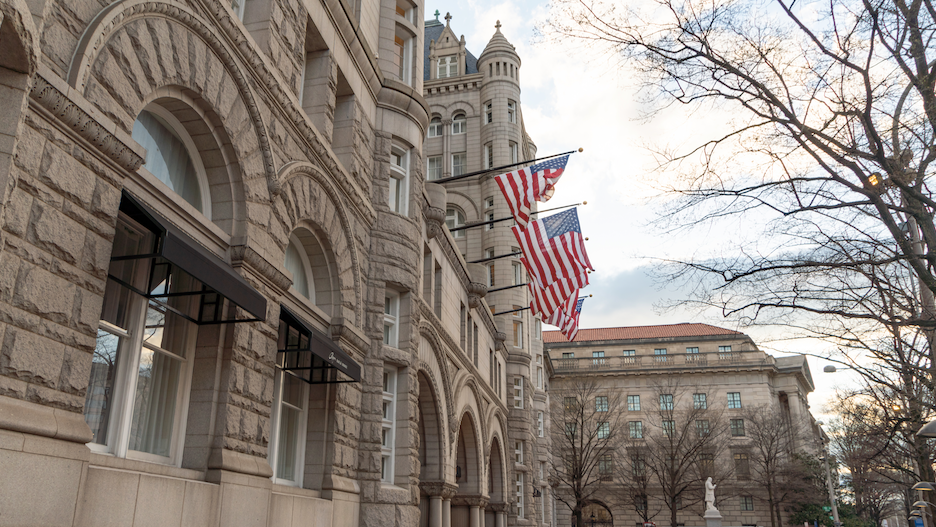 Donald Trump’s hotel company will sell the rights to its Washington, D.C. property for $375 million, according to the Wall Street Journal, which sites “people familiar with the matter.”

Per the Journal, Miami-based investment firm CGI Merchant Group will acquire the lease for the Trump International Hotel and will remove the Trump name. CGI Merchant Group has also reportedly reached a deal with Hilton Worldwide Holdings Inc. that will see the property branded and managed by Hilton’s Waldorf Astoria Group. The sale is expected to close in the first quarter of 2022, according to the report.

A representative for CGI Merchant Group did not immediately return a request for comment on the report.

As the Journal noted, the reported sale comes as the Democratic-controlled House committees have been investigating and holding hearings on possible conflicts of interests and emoluments issues around former President Trump. In the past, the Trump Organization insisted it didn’t market the D.C. hotel to foreign dignitaries.

A spokesperson for the House Committee on Oversight and Reform told the Journal that the group will continue investigating “conflicts of interest and potential constitutional violations raised by Donald Trump’s lease of this hotel from the federal government while he was President,” adding, “That won’t be fully resolved by selling off this hotel.”

The line between Trump’s business interests — especially his hotels — and his political career has always been of interest to regulators, whether political or otherwise. In 2018, several ads for Trump International Hotels were taken down for violating Facebook’s rules for political advertising, which require political advertisers to include a “paid for by” label on their posts. Trump hotels in Las Vegas, Chicago and Washington, D.C., were flagged and pulled, according to Facebook’s archive of political ads.

“This ad ran without a ‘Paid for by’ label,’” read one Facebook explainer for why the ads were flagged. “After the ad started running, we determined that the ad had political content and required the label. The ad was taken down.”