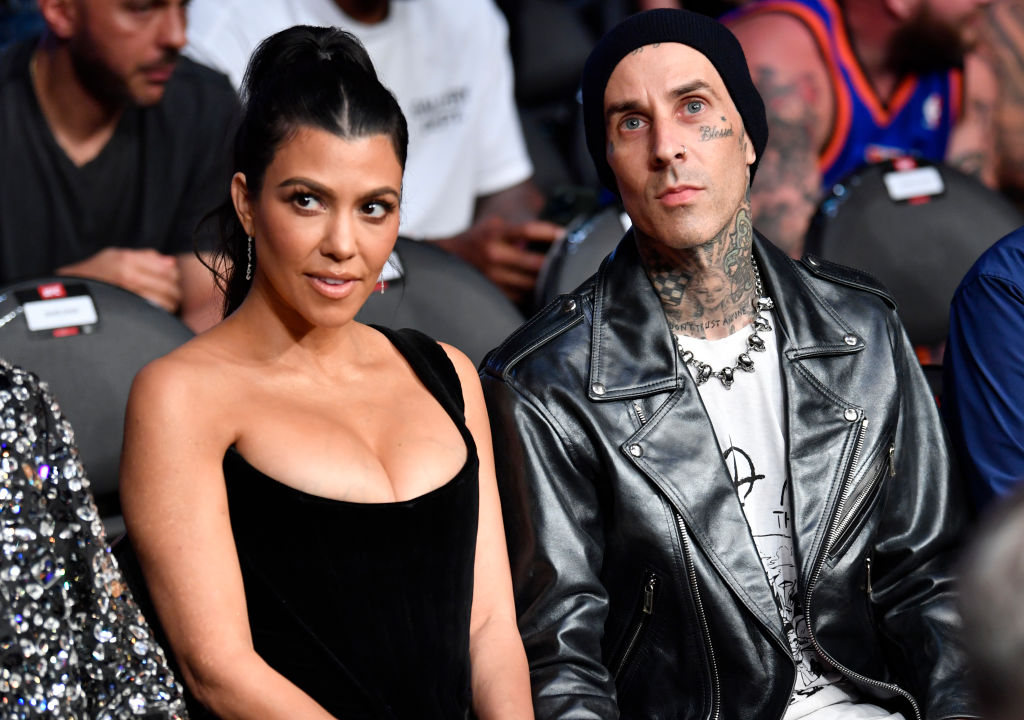 Travis Barker sent a beautiful message to his girlfriend Kourtney Kardashian, praising her for helping him overcome his fear of flying.

The musician recently got on his first plane flight since he narrowly escaped death in a fatal plane crash 13 years ago.

He shared a romantic picture of himself holding Kourtney, 42, in his arms on the tarmac beside Kylie’s plane.

‘With you anything is possible 🖤 @kourtneykardash’ the Blink-182 star tweeted, tagging his girlfriend.

He was spotted boarding Kylie Jenner’s private jet in Los Angeles at the weekend, holding hands with Kourtney. They were whisked off to Cabo, Mexico, along with Kourtney’s mum Kris Jenner and her partner Corey Gamble.

It marked the first time the 45-year-old had been on a plane since 2008, when a business jet he had been taking to Van Nuys, California, crashed, killing four of the six people on board.