Richard Gelfond responds to Tom Cruise’s record-breaking weekend at the box office on ‘The Claman Countdown.’

IMAX CEO Richard Gelfond said that he was "shocked" at the record performance of "Top Gun: Maverick," after it shattered box office numbers in its Memorial Day weekend debut with a domestic gross of $160.5 million in four days and nearly $300 million globally.

Gelfond reacted to the record-breaking weekend on "The Claman Countdown" Tuesday, praising Tom Cruise's "unparalleled" passion and work ethic that resulted in the long-awaited sequel to the 1986 film.

"I knew it would sail past $200 [million], but I’m just shocked that it’s up around $300," Gelfond said. "This movie has a life of its own I think because it’s a different demographic than a lot of movies that fly at these levels. I think people didn’t know how to analyze it. I don’t think anybody predicted $300."

"Top Gun: Maverick" marks a career-best opening for Cruise who, up until this point, had not had an opening exceed $100 million. Ticket buyers gave the Jerry Bruckheimer film an A+ on CinemaScore, with more than 70% of the audience over the age of 25 and 55% of viewers over the age of 35.

Gelfond said he was surprised to learn that a younger demographic in large part contributed to the box office success.

"I think one of the more shocking things is how many of the young people came, how many of the 18 to 30-year-olds came," he said. "And I think the analysts missed one big thing…this was a 37-year gap, so a lot of the people weren’t born when the last one came out….so people forgot it wasn’t just a regular sequel. It was a sequel that spanned beyond the lifetime of a lot of these people. And that it was a great movie which I don’t think anyone really understood how deep that went." 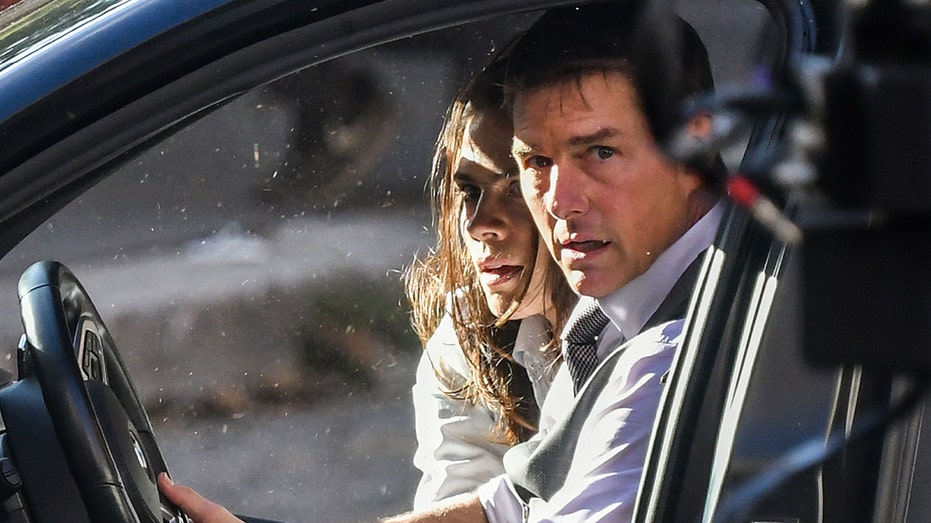 “Top Gun: Maverick” marks a career best opening for Cruise who, up until this point, had not had an opening exceed $100 million. (Photo by Alberto PIZZOLI / AFP / Getty Images)

Claman noted that Cruise requested the installation of IMAX cameras inside the cockpit for an enhanced viewing experience.

"I want to give Tom Cruise a lot of the credit," Gelfond said. "He’s been an IMAX fan for 20 years…. Tom wanted to develop a camera that would really give you the feeling of being inside that cockpit. And he was the driving force and our engineers… and everyone worked at creating this special technology."

He added," There will never be another Tom Cruise because the guy’s passion, his work ethic and his drive for perfection are just unparalleled."