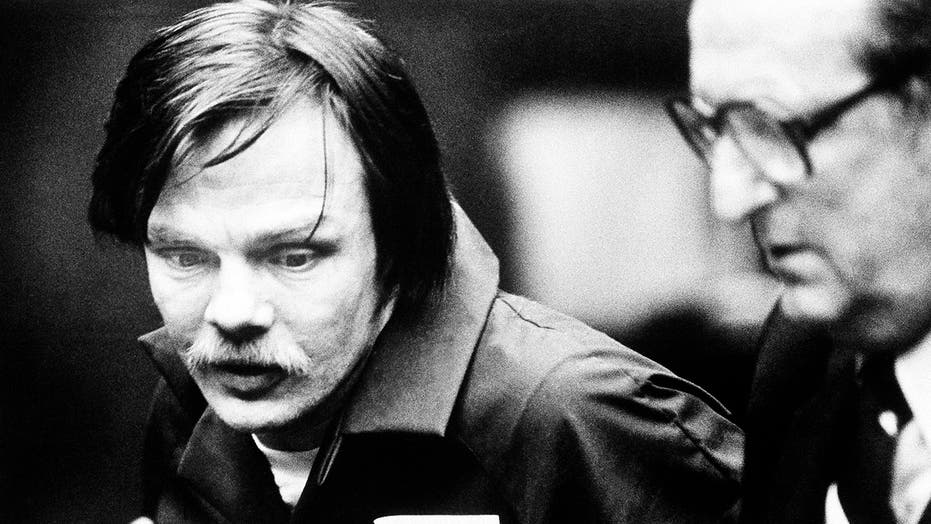 Laura Brand was ready to meet one of America’s most sadistic serial killers at San Quentin State Prison.

It was 2015 and by then, the criminologist had been corresponding with Lawrence Bittaker, one-half of the “Toolbox Killers” duo, since the previous year in 2014. Her interviews with Bittaker are now the subject of a true-crime documentary currently available for streaming on Peacock titled “The Toolbox Killer.” 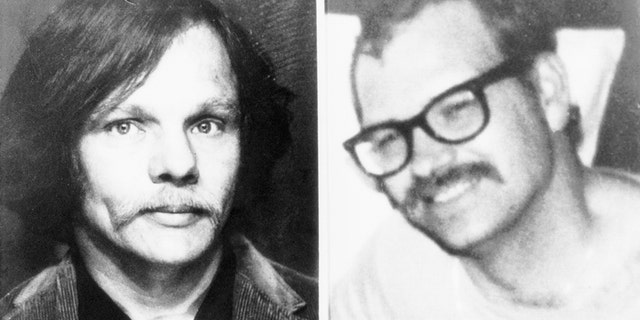 Brand told Fox News she began communicating with Bittaker in hopes that he would reveal where the bodies of Andrea Joy Hall and Lucinda “Cindy” Lynn Schaefer could be found.

“These were very sweet, young girls – just like anybody’s daughter,” said Brand. “And I was persistent. I didn’t give up. I kept trying. And [Bittaker’s] psychopathy was very fascinating.”

“It was almost as if he was at war with himself,” she continued. “He had this tortured childhood with an antisocial personality… My first in-person impression of him was that he was very awkward. He was timid. He wouldn’t even look at me in the eyes for about two and a half hours.” 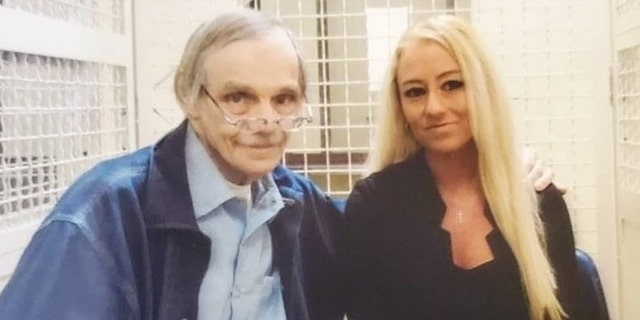 Laura Brand said she spoke to Lawrence Bittaker in hopes of finding new information about his victims.
(Courtesy of Peacock)

Bittaker and his accomplice Roy Lewis Norris kidnapped, raped and murdered five girls in 1979. The killings began that June with the death of Schaefer, 16. She was followed by Hall, 18, Jacqueline Doris Gilliam, 15; Jacqueline Leah Lamp, 13, and Shirley “Lynette” Ledford, 16. Their nickname came from the tools they used to torture their victims, including a screwdriver, pliers and an ice pick.

The pair originally met while serving time at San Luis Obispo Men’s Colony Prison in 1977. Bittaker was behind bars for stabbing a man and Norris for committing a series of sexual assaults. The two bonded over fantasies of rape and torture. According to the documentary, Bittaker and Norris moved to Los Angeles County after they were released on parole in 1978 and 1979.

It was in 1979 that they stalked the area in a white van they called “Murder Mac.” They would take their victims to the San Gabriel Mountains where they recorded themselves committing rape and torture, the Los Angeles Times reported. The special noted that the Toolbox Killers were eventually caught that year after Norris bragged about the murders to a friend who then came forward to police. 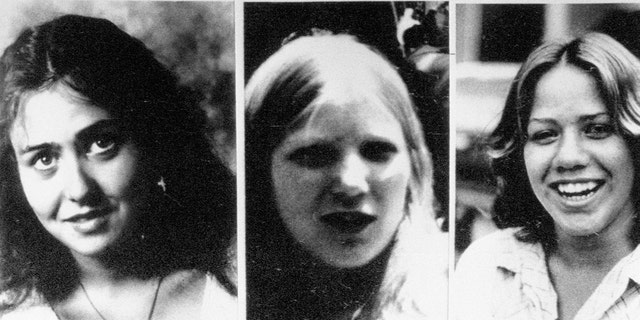 “I think [Bittaker] went through his life alone and full of rage, especially towards his mother,” said Brand. “He had a lot of anger towards women. I don’t think he ever had any sense of family – ever.”

The documentary noted that the pair’s final victim proved to be instrumental in ensuring that they would be put behind bars for certain. According to court documents, the men picked up Ledford, who was hitchhiking home from her job, on Halloween. They drove to a secluded area and recorded themselves brutally assaulting Ledford. The tape recording has never been released to the public and it is so horrific that jurors were left visibly shaken.

“I only heard a 32-second clip of the Ledford tapes and it felt like somebody was reaching inside of me and squeezing my insides,” Brand admitted. “It was gut-wrenching. I was sick just from those mere seconds. This was a severe case of torture even for serial killers.” 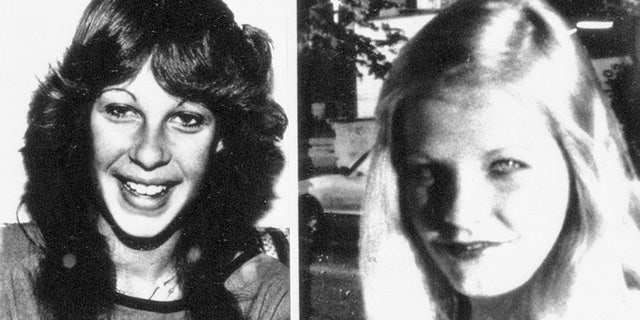 Brand claimed that Bittaker had even more horrific plans before finally getting caught.

“He was going to buy acid to burn out the eardrums and eye sockets of his next victims,” she said. “He was going to build an underground compound to hold girls and torture them. And he believed he had the brains to pull this off.”

Norris testified against Bittaker after pleading guilty to all charges in exchange for prosecutors not seeking the death penalty against him. 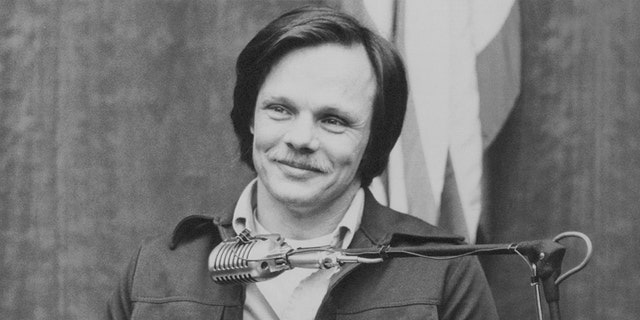 During the trial, Lawrence Bittaker attempted to discredit the testimony of his confessed alleged accomplice, Ray Norris, who pleaded guilty to the killings in a deal with prosecutors to avoid the death penalty.
(Getty Images)

A Los Angeles County jury convicted Bittaker of five counts of murder, five counts of kidnapping as well as other charges including criminal conspiracy, rape, oral copulation, sodomy and being an ex-felon in possession of a firearm. He was sentenced to death on March 22, 1981. Norris was sentenced to a term of 45 years to life.

Due to various legal challenges and court decisions, California has not executed anyone in years. In 2019, Democratic Gov. Gavin Newsom declared a moratorium on executions for as long as he is in office. That year, Bittaker died of natural causes at age 79. Norris passed away a year later at age 72.

Brand alleged that Bittaker expressed remorse during their last interview, which took place three weeks before his death.

Laura Brand said she spoke to Lawrence Bittaker in hopes of finding new information about his victims.
(Courtesy of Peacock)

“I think it all sunk in right before his death,” she said. “[But] I was really worried and scared because I still wanted to search for the missing girls. Now I didn’t have him on the phone and I couldn’t go back and visit him to fact-check something.”

The documentary noted that Bittaker drew Brand a map of where he put two of his victims’ bodies. Brand said that she’s trying to “galvanize people to do a search” with the information that was provided to her.

According to court documents, the bodies of Schaefer and Hall were never found. Police discovered and identified the remains of Gilliam and Lamp with Norris’s assistance. Ledford’s body was discovered shortly after she was murdered. 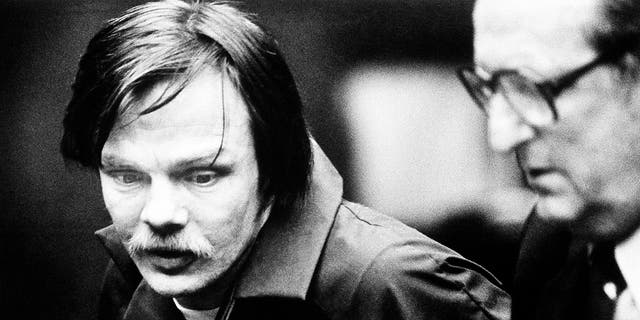 A Los Angeles County jury convicted Lawrence Bittaker of five counts of murder, five counts of kidnapping as well as other charges including criminal conspiracy, rape, oral copulation, sodomy and being an ex-felon in possession of a firearm. He was sentenced to death on March 22, 1981.
(Photo via MediaNews Group/Torrance Daily Breeze via Getty Images)

Brand said she hopes the documentary will show audiences “a whole different aspect into psychopathy.”

“I’m really grateful that I was able to bring light to the stories of the victims,” she said. “With these [interviews] that I was able to provide, I really wanted to showcase that Cindy and Andrea are still missing. They’re still out there… And it’s heartbreaking. We just want closure for the families.”