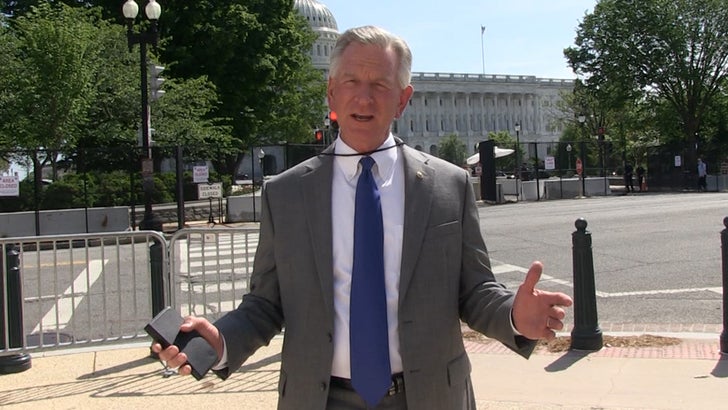 Tommy Tuberville tells TMZ Sports … Thursday’s NFL draft picks should avoid speaking publicly about politics, saying the rookies should straight-up “talk about what you know about.”

The Alabama Senator — who coached future NFL draft picks for YEARS during his tenure as a college headman — tells us he wants to see less political chatter from athletes, and more playing.

“Nobody’s looking for an outspoken person,” Tuberville said on Capitol Hill this week of the advice he’d give to his players if they were heading into Thursday’s draft. “We’re too divided as it is.”

Tuberville clearly believes the sports landscape would be better off if players — particularly younger ones who are just arriving in their respective leagues — avoided polarizing subjects altogether.

“Everybody wants to make an opinion and that’s fine,” Tuberville tells us. “But, I think, especially for young people to get involved in something that maybe they might not understand as much, I think they need to let people that, whatever they do for a living, justify it.”

Tuberville added, “I’d just like to see our country be more settled down in terms of people getting into politics or in sports and vice versa.”

Lawrence was very vocal in his support for players returning to the field amid the coronavirus pandemic last fall … and he was also an active supporter of the Black Lives Matter movement in the summer.