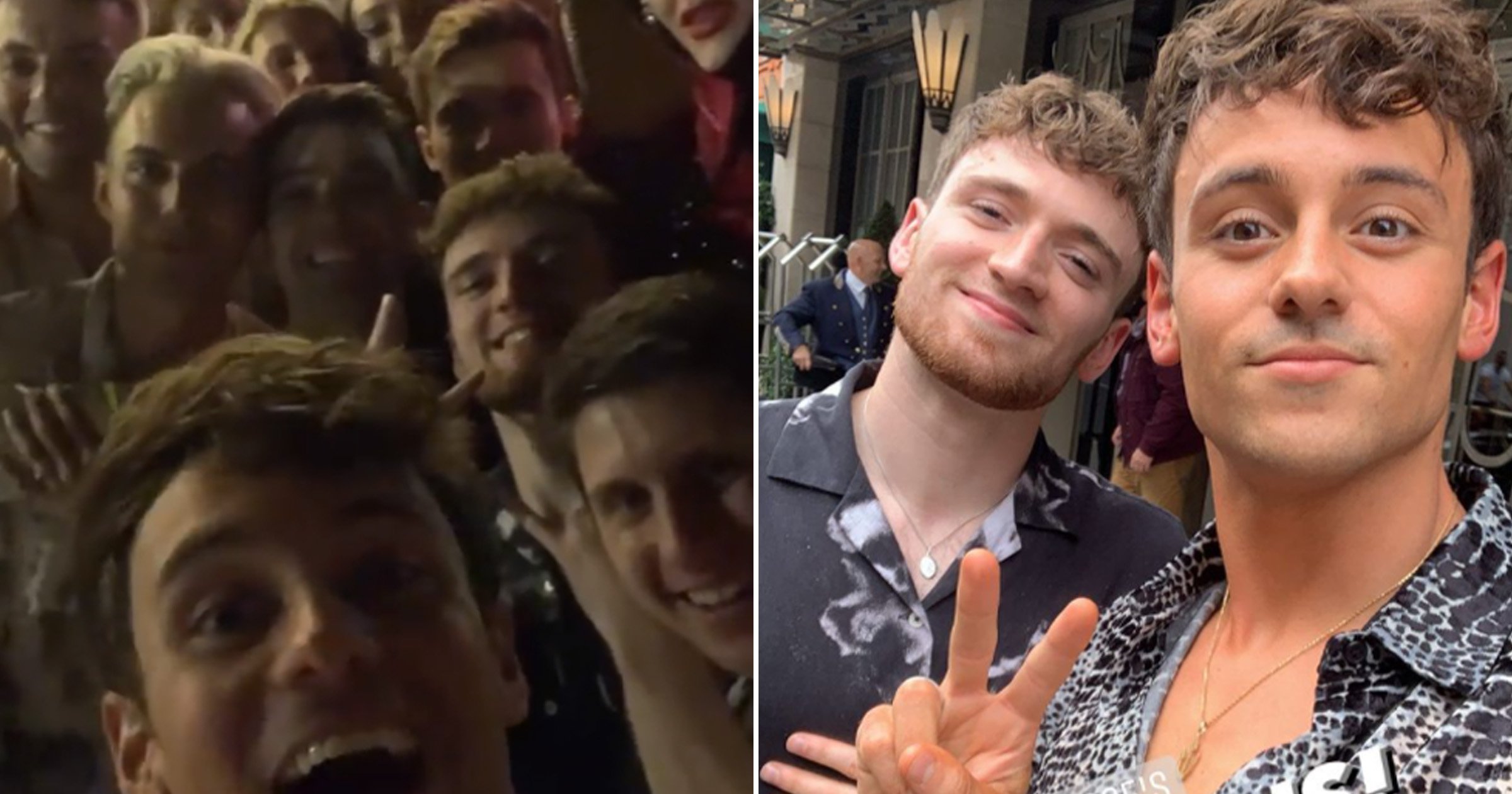 Tom Daley and Matty Lee celebrated their recent Olympic success in style with a night out in Soho – and were kind enough to share the highlights with fans.

The diving partners are fresh off winning gold medals at the Tokyo 2020 Olympic Games, and took to Central London to toast to their success with their pals.

Tom, 27, and Matty, 23, were joined by other members of Team GB as they headed for dinner and drinks at Bob Bob Ricard in Soho before heading to a bar in Flat Iron Square and then Omeara club in London Bridge.

The group documented the night on social media, with Tom later revealing that the group were heading home in a rickshaw together.

Tom also posed up with drag queen Jodie Harsh while at Omeara as well as sharing several selfies with his fellow athletes.

His captions included: ‘Cocktails with the fittest athletes on earth’ and ‘Let the celebrations begin.’

As well as members of Team GB, Tom was joined by his brother Sam and sister Casey as well as YouTube star Mark Ferris.

Tom’s husband Dustin Lance Black was notably absent from the fun night out as he is currently in Canada working.

Matty and Tom have much to celebrate as they beat China to the gold medal in their synchronised dive by just 1.23 points.

It was Tom’s third Olympic medal after making his debut appearance at the age of 14 in Beijing and he said after the event: ‘It’s kind of unbelievable.

‘I dreamt, as has Matty, since I started diving 20 years ago, for this moment. I thought I was going to win an Olympic gold in Rio and that turned out the complete opposite by a long shot.

‘My husband said to me my story wasn’t finished and my son [Robbie] needed to be there to watch me win an Olympic gold medal.

‘I can say my son watched me become an Olympic champion, albeit on TV as they couldn’t be here. It’s such a great feeling.’