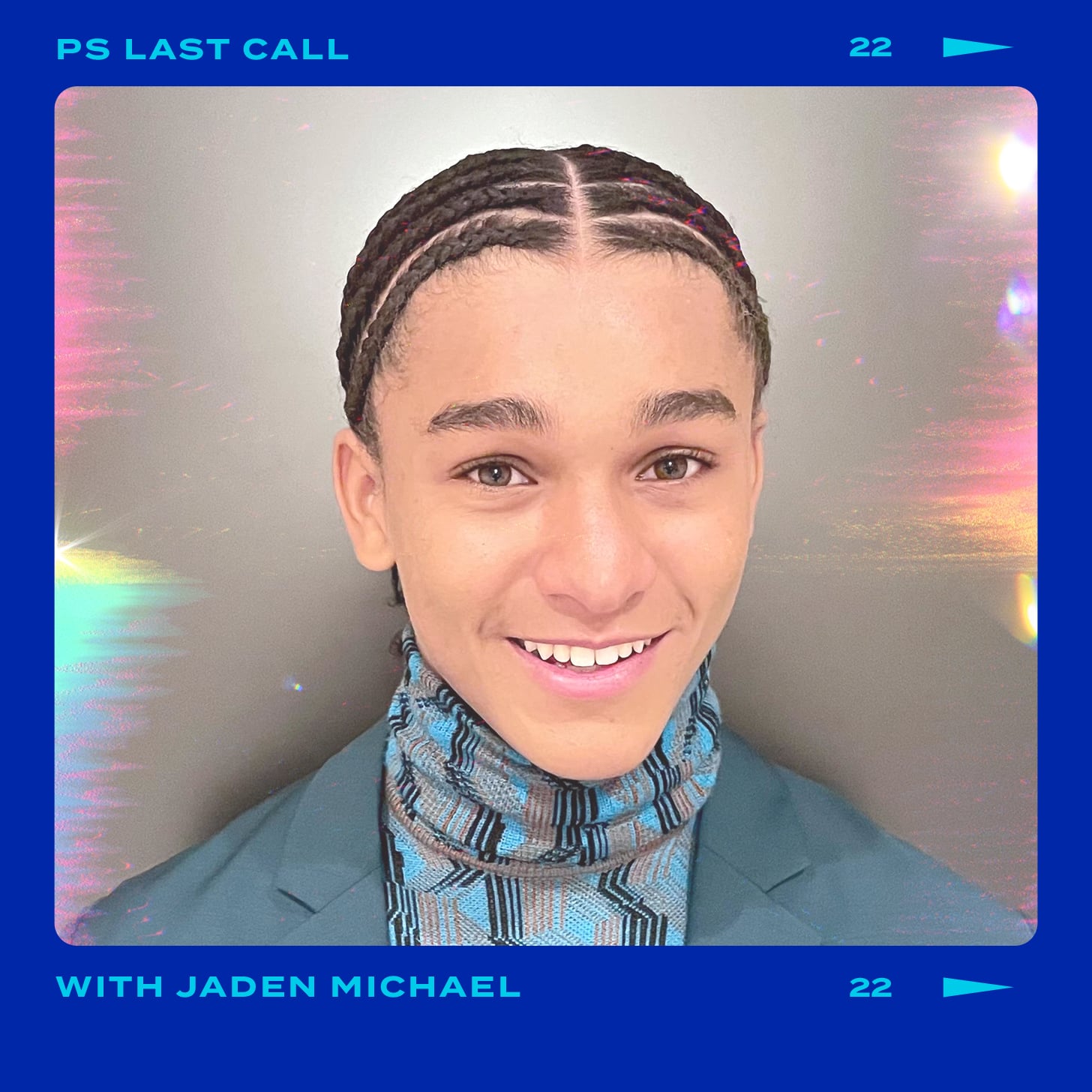 In our Q&A series Last Call, we get down to the bottom of every last thing with some of our favorite celebs — from the last time they were starstruck to the last song they listened to. This week, Jaden Michael takes our call.

Jaden Michael is destined for greatness. The 18-year-old stars as young Colin Kaepernick in Netflix’s Colin in Black & White series, which delves into the former San Francisco 49ers quarterback’s formative years and journey to activism. It was a dream come true for Jaden to play his idol on screen, and the role marks his biggest to date.

While speaking to POPSUGAR, Jaden told us that he admires Colin’s “selflessness and bravery to stand up for something bigger than himself.” He added, “It takes a lot of guts to spend your entire life dedicating yourself to a craft and such a physical and emotionally draining career and say, ‘You know what? It’s not worth it if it’s not for my people.'”

Not only did Jaden get to step into Colin’s shoes through working on the series, but he also learned an important lesson along the way. “I learned from Ava [DuVernay] and Colin mutually to trust myself and to be confident in my skin and in my abilities,” he explained. “It’s something I’m still reeling with and learning as I think about our time together. They’ve definitely inspired me to be a little bit more confident in myself.”

Looking ahead, if Jaden could work with anyone else it would be directors David Lynch and Wes Anderson. “Wes Anderson is great, but I don’t know where I would fit into that story,” he said. “I love film and indie film. I love working with new directors, creators, and artists, so I’m excited to see where the world takes me.”