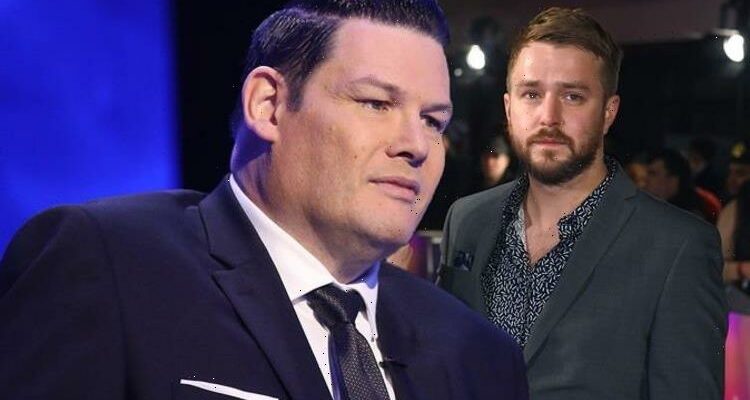 Mark Labbett, 56, defended The Chase on Twitter yesterday, after some fans of the show accused the Chasers of being unfairly lenient towards the celebrity contestants, who were competing to raise money for charity. Mark didn’t hold back as he shared his thoughts on the situation with his 149,100 followers.

Shortly after the celebrity Christmas special of The Chase aired on Boxing Day, Mark weighed in on the “fix” claims.

“That performance is dedicated to those who accuse us of not trying against celebs,” he wrote in reference to the show.

Mark appeared in yesterday’s episode dressed as Gomez Addams, alongside his fellow chasers who had come as other members of the Addams family.

The chaser, who is known as “the beast” on the show, competed against a celebrity team that comprised musical theatre star Ruthie Henshall, comedian Iain Sterling and news presenter Kate Silverton.

Mark came on for the last round of the show, by which point the celebrities had raised £180,000.

Unfortunately for the team, he beat them at the last hurdle, and their winnings were reduced down to £1000 each for their chosen charities.

Kate was raising money for Place2Be, Ruthie was representing Kids Inspire and Ian was there for Tiny Changes, all of which are children’s mental health charities.

While he won this episode, Mark’s comment on claims of “not trying” comes after celebrities won £200,000 for charity in The Chase Celebrity Christmas Special on Christmas Eve, defeating chaser Shaun Wallace.

The celebrities raised £50,000 respectively for their four chosen charities: Children’s Trust, Cancer Research UK, Acting for Others and Cancer Fund for Children.

Some fans were delighted by the episode, with Milngavie commenting: “Amazing Performance on #TheChase by @Jennifalconer & team winning £200,000 for their chosen charities.”

However, many viewers were unimpressed by the outcome, with Walshee1 writing: “Celebrity chase is so clearly rigged, what a sh**show.”

Greg Phillips added: “Clearly the #TheChase production company has been making the questions really hard in the regular episodes so people don’t win and saving up the prize money to give away in these Christmas episodes. That’s £340,000 in 2 shows.”

Meanwhile, Mark also received backlash for stopping celebs from winning their grand prize for charity yesterday, leading some viewers to point out that it was impossible for the Chasers to make the public happy in that situation.

Natasha wrote: “Yes it’s awful the celebs didn’t win the dosh in #thechase, but if they had won it would have been called a fix again and cos they lost people feel the need to be unpleasant about the beast.. ffs stop the hate.” (sic)

Kloe agreed, adding: “The comments that the chase gets baffles me, especially with the celeb shows.

“2 hrs late to the party but you made a fabulous Lurch. And now you’ve won, the slating will begin on how you denied charities £180,000. Damned if you do and damned if you don’t!” commented Sarah Melody.

“Damned if you do damned if you don’t,you’re way above allowing the trolls and nasty bas****s to get at you, it’s sad that they get off on rubbishing someone else, they have sad little lives,” added Polly Salt. (sic)

The Chase Celebrity Special is available now on ITV Hub.