Down and out of cheer? Teresa Giudice revealed to Us Weekly what she will be doing for the holidays in her husband Joe Giudice’s absence.

“I’m not all about the holidays since Joe is away and since my mom passed,” the Real Housewives of New Jersey star, 46, told Us at Jingle Ball 2018 in New York City on Friday, December 7. “I think we’re going to go to my brother’s on Christmas Eve. That’s what we did last year. We haven’t talked about it yet.”

The reality star added that she is “not as excited about the holidays anymore.” 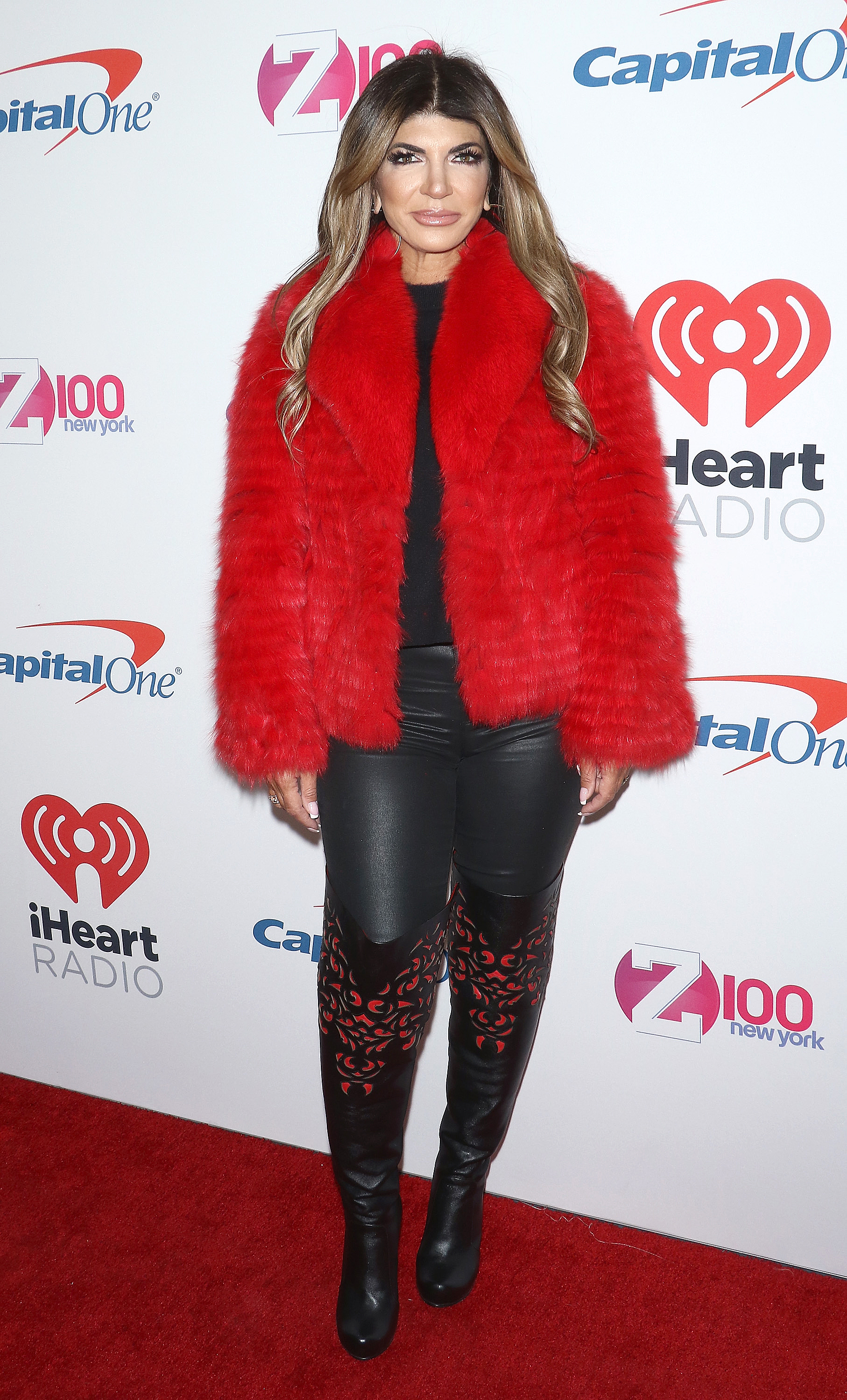 Joe has been serving a 41-month prison sentence since March 2016. He and Teresa pleaded guilty in 2014 to 41 counts of fraud, while the 46-year-old also confessed that he failed to pay roughly $200,000 in taxes. The Standing Strong author completed her 11-month sentence in 2015 and was released two days before Christmas.

Meanwhile, the businessman was ordered in October to be deported to his native Italy. He filed an appeal in November in an attempt to circumvent the ruling.

Teresa also filled Us in on whether her father, Giacinto Gorga, will attend the holiday festivities. “He just got home from the hospital,” she explained. “We’re taking it slow. He’s still weak, and it’s going to take a long time for him to feel better.” The patriarch was hospitalized in October for pneumonia and a hematoma, according to the Celebrity Apprentice alum.

The Bravo personality noted her role in her dad’s recovery too. “I take him to all his doctor’s appointments and I hang out with him, just being there for him,” she said. “The girls give him lots of love, so that helps a lot, but yeah, he’s still very weak.”

A source updated Us on the entrepreneur’s state of mind in November. “Teresa is having a really hard time. Her dad is not doing well at all. She’s really missing Joe right now and having him to lean on,” the insider said at the time. “Teresa has been dealing with a lot emotionally between being away from Joe, the court orders and now her dad being sick and in the hospital.”

With reporting by Travis Cronin