Ooh, look what they made her do. Taylor Swift’s feuds with ex-boyfriends and ex-friends have kept fans enraptured over the years, especially because she often turns her high-profile beefs into chart-topping hits.

The pop star never names the targets of her lyrical disses, but Swifties hardly have to read between the lines to know who inspired “Bad Blood” or “We Are Never Ever Getting Back Together,” for example.

Swift’s feuds can often drag on for years, as well. Kim Kardashian may have fired another shot at Swift by scheduling a fragrance release for the same day in April 2019 that the singer is expected to drop new music, that fateful date coming nearly a decade after Swift’s tension with Kanye West, Kardashian’s husband, first started. The reality star has claimed she’s “over” her drama with Swift and that everyone has “moved on,” but social media users beg to differ.

That said, some of Swift’s enemies have become friends after years of fighting. For instance, Swift praised onetime nemesis Katy Perry in 2018 after the American Idol judge sent her a conciliatory gift and letter.

Scroll down to read more updates on Swift’s feud partners — including those whose names are still on her list, in red and underlined. 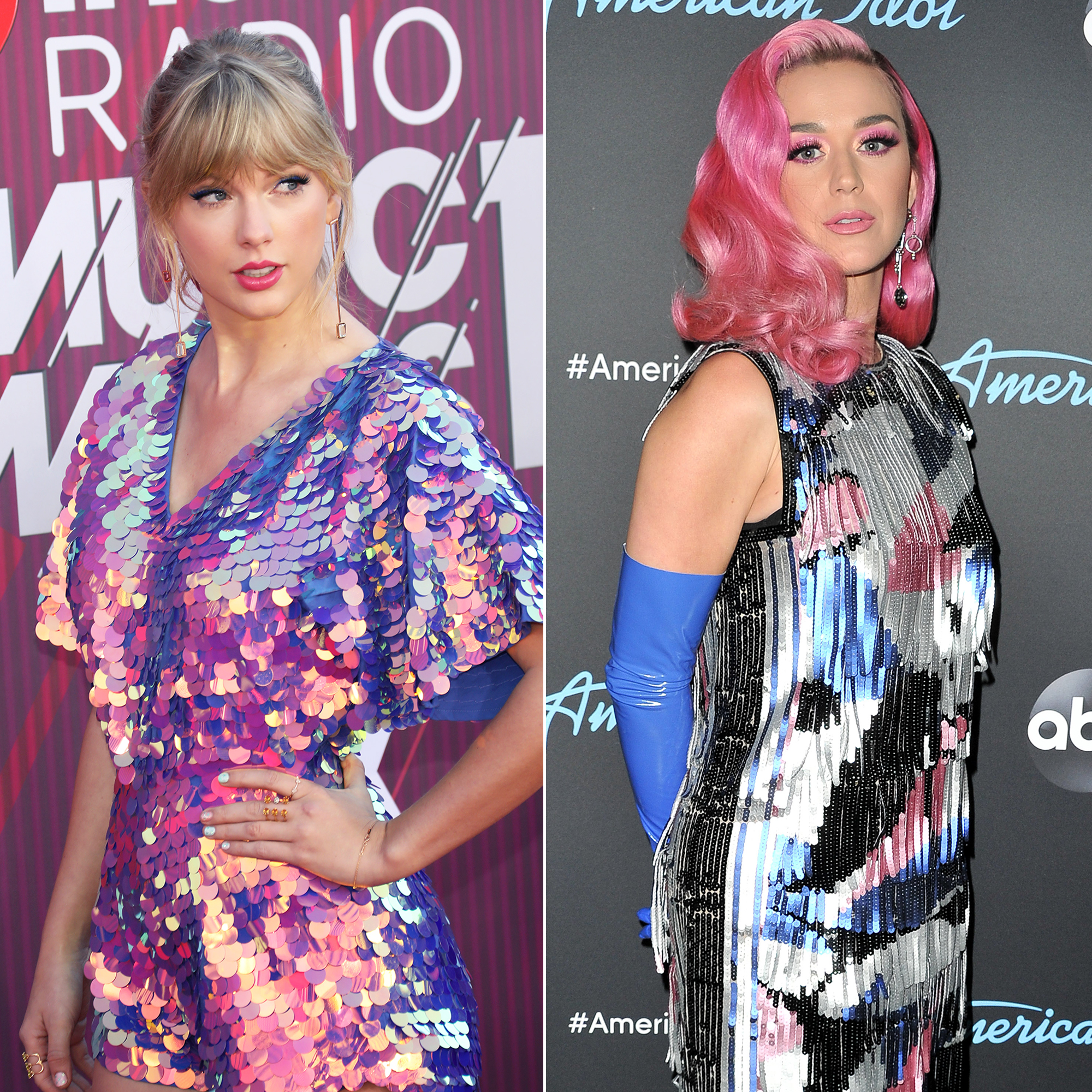 The pop stars’ “Bad Blood” began when Swift claimed Perry poached some of her backup dancers in 2014. Perry sent Swift an actual olive branch in May 2018, and the following March, the “Swish Swish” singer said she’s “open” to collaborating with Swift. 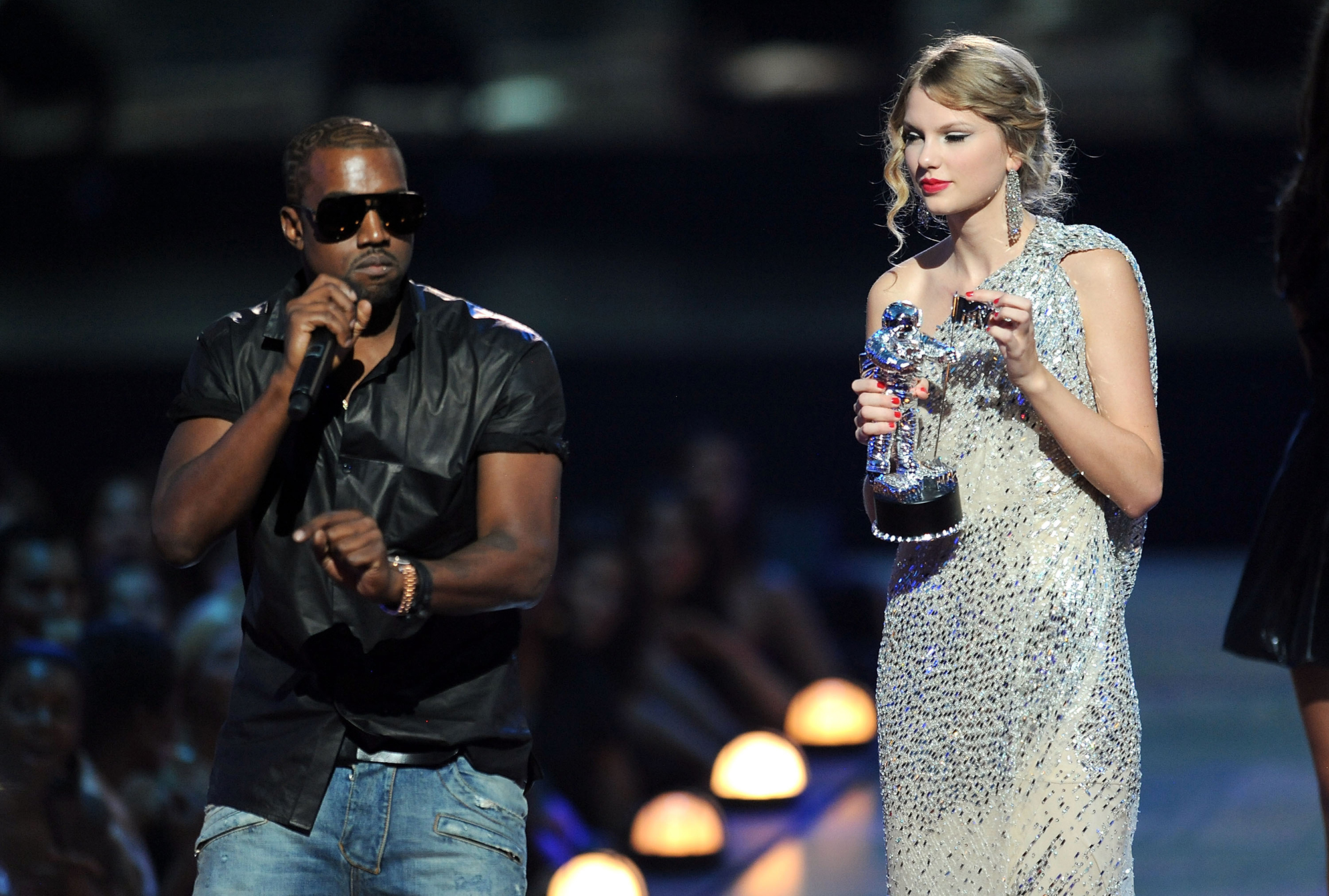 West first clashed with Swift at the 2009 MTV Video Music Awards when he crashed her acceptance speech to say Beyoncé deserved Swift’s award. The musicians buried the hatchet long enough for Swift to present the rapper with the MTV Video Vanguard Award at the 2015 VMAs, but the feud reignited in February 2016 when West rapped in his track “Famous” that he “made that bitch famous,” referring to Swift. 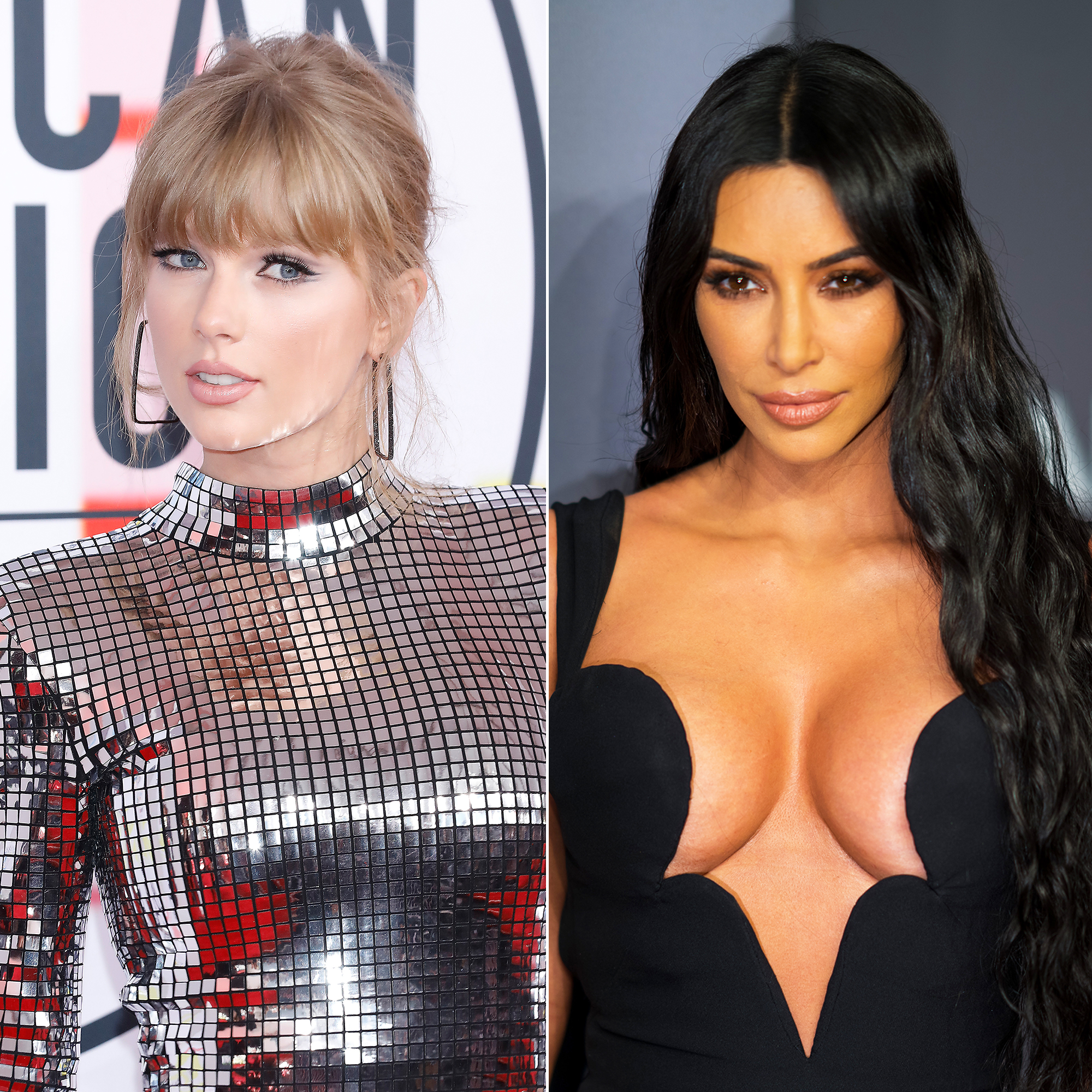 After Swift called West out over the line, Kardashian defended her husband by posting footage of Swift commending the rapper’s lyrics and by tweeting snake emojis in an apparent reference to Swift. The reality star said she was “over” the feud with Swift in January 2019, but Swift had more to say on the topic. “It would be nice if we could get an apology from people who bully us, but maybe all I’ll ever get is the satisfaction of knowing I could survive it, and thrive in spite of it,” the singer wrote in an Elle essay Opens a New Window. that March. 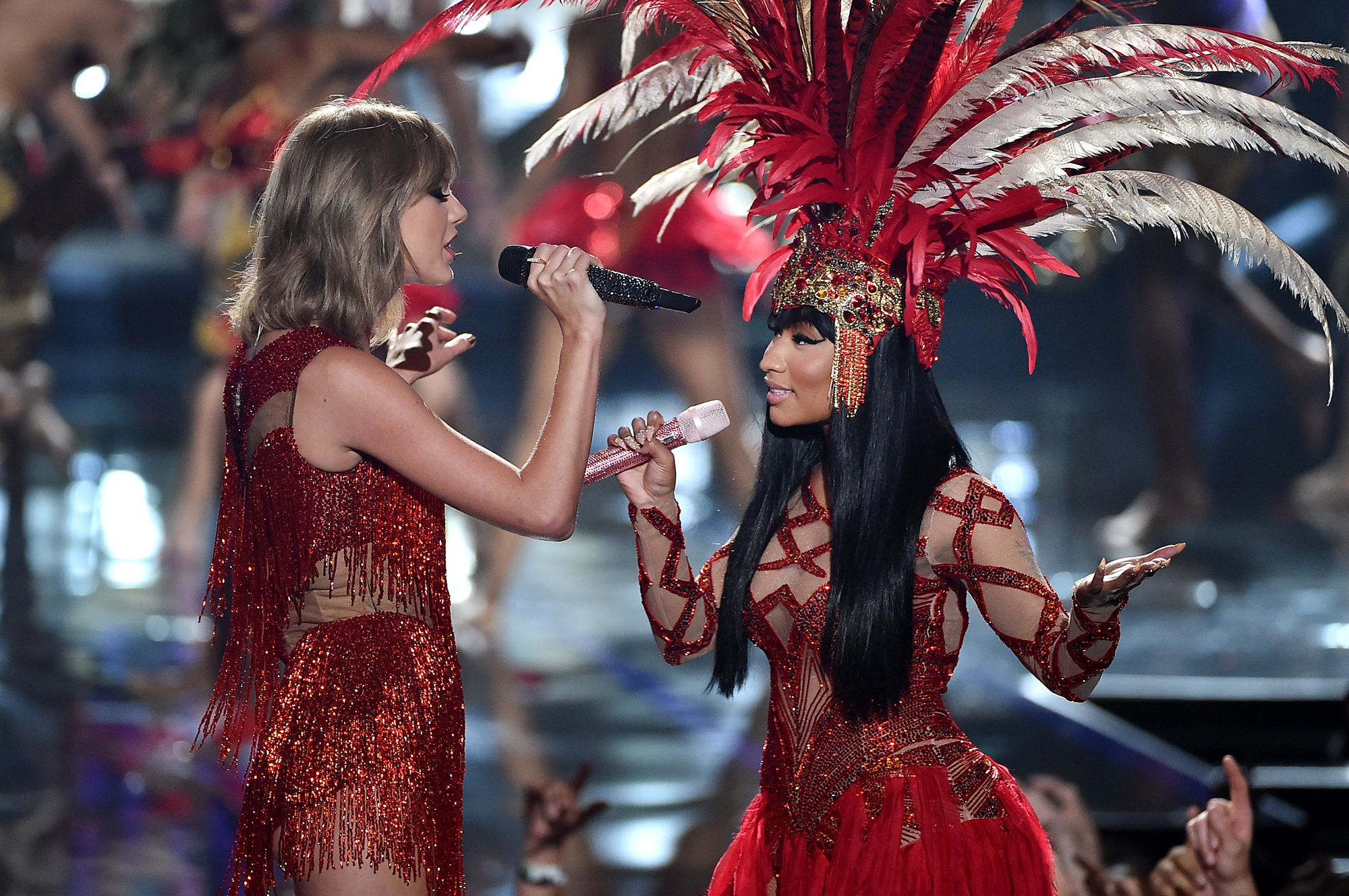 Swift had a brief showdown with Minaj in July 2015 when she thought the MC was slamming Swift’s 2015 MTV VMA nomination instead of just making a general statement about the field of nominees. Swift tweeted an apology and Minaj brought her on stage during her VMAs performance that year. 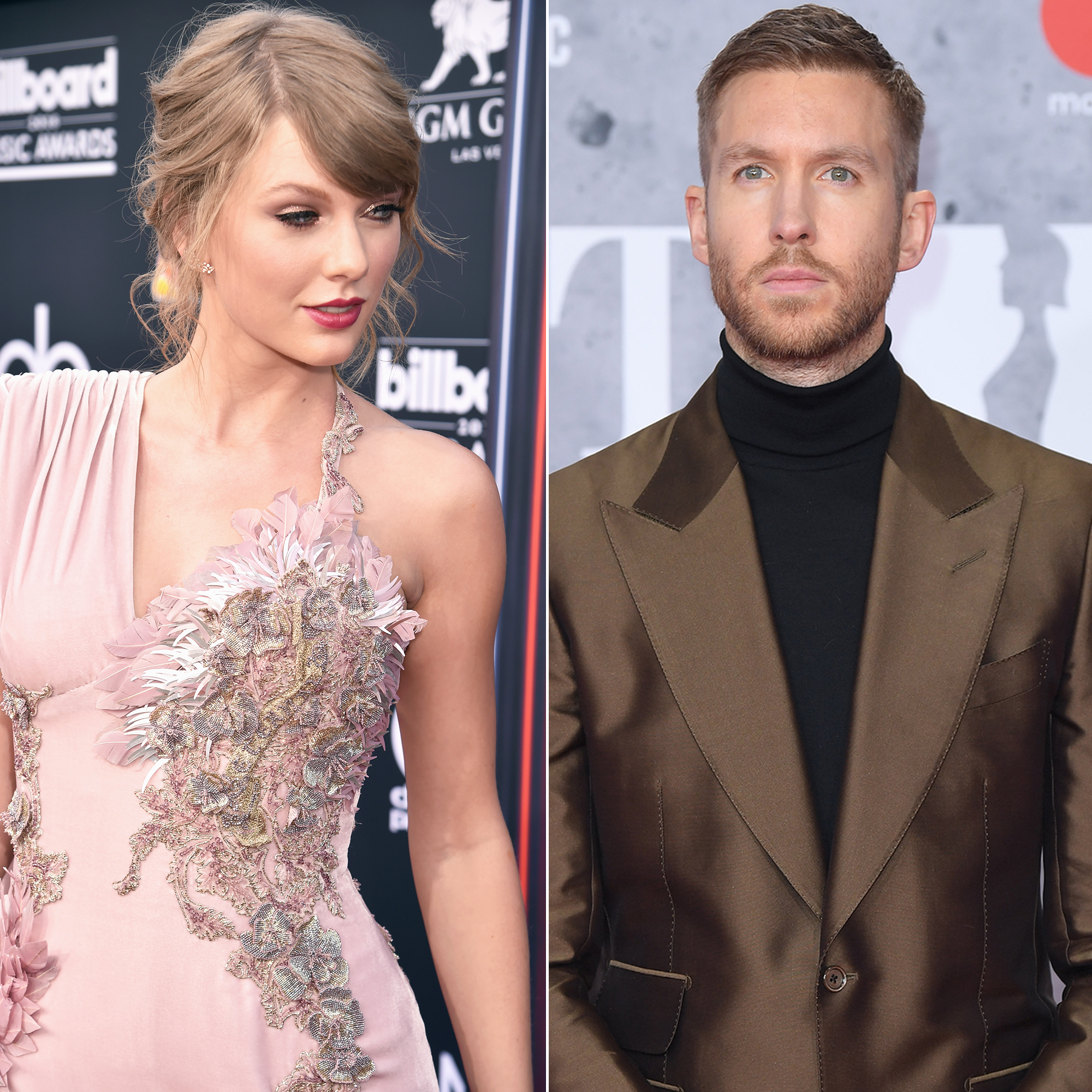 In July 2016, after news broke that Swift helped write Harris’ hit “This Is What You Came For,” the Scottish DJ lashed out at his ex on Twitter, writing, “Hurtful to me at this point that her and her team would go so far out of their way to try and make ME look bad at this stage though. … I know you’re off tour and you need someone new to try and bury like Katy [Perry] ETC but I’m not that guy, sorry. I won’t allow it.” Nearly a year later, he expressed remorse over the situation in an interview with British Opens a New Window. GQ Opens a New Window. : “It was completely the wrong instinct. I was protecting what I see as my one talent in the world being belittled. It felt like things were piling on top of me and that was when I snapped.”