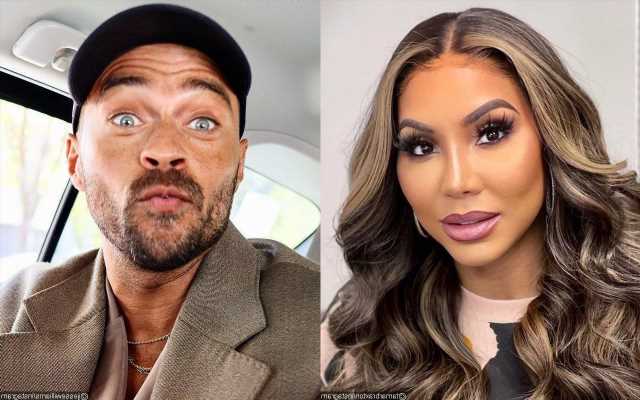 The said footage was taken from the Broadway show’s shower scene where most of the cast, including Patrick J. Adams and Jesse Tyler Ferguson, went fully naked.

AceShowbiz –Tamar Braxton was among those reacting to Jesse Williams‘ naked video from his broadway show, “Take Me Out”. Having caught wind of the clip that has been circulating on social media, the former “Celebrity Big Brother” contestant couldn’t help but lust after the “Grey’s Anatomy” actor.

“For sure Jessie Williams has three legs and one can for sure cure the ND acne on my face,” the younger sister of Toni Braxton penned on Twitter. She then quipped in another post, “Ok… that wasn’t that saved. I’m celibate and the acne on my face looks like rocks! Just ONE touch lord.”

The said clip was taken from from a shower scene where most of the cast, including Patrick J. Adams and Jesse Tyler Ferguson, went fully naked. However, it only showed Jesse’s full body. The video itself leaked hours after he was nominated for a Tony Award for best performance by a featured actor in a play.

It was unclear who recorded the footage since audience members were required to lock their phones with magnetic security tags during the show. They could only open it by placing it in an unlocking tab in the lobby.

Jesse himself has reacted to the debacle., When appearing in the Monday, May 9 episode of “Watch What Happens Live with Andy Cohen“, he said “Everybody makes such a big deal.” He added, “It’s a body. Once you see it, you realize it’s whatever.”