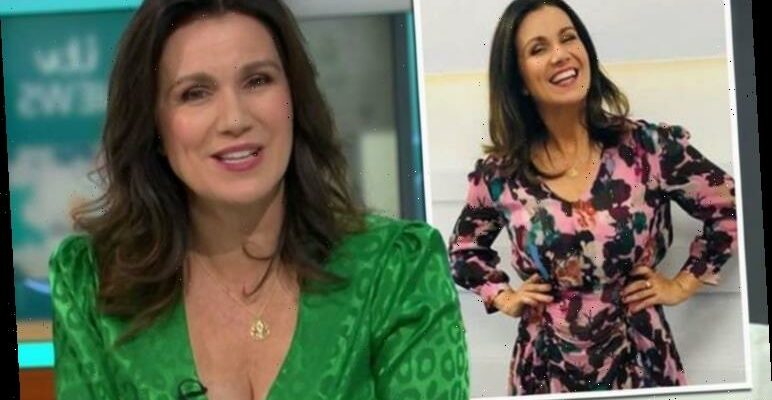 Good Morning Britain star Susanna Reid and her co-star Piers Morgan have been given sparkling Disney makeovers online today. The presenter, who turned 50 last month, re-shared a post from the person who created the images with her 790,700 followers.

“Day one of self-isolation boredom has led me to transform @piersmorgan & @susannareid100 into Disney characters,” one viewer wrote online.

“Doing @piersmorgan some MASSIVE favours there,” one person wrote in the comments section.

“Was just going to say the same thing! Susanna looks virtually the same,” another added. 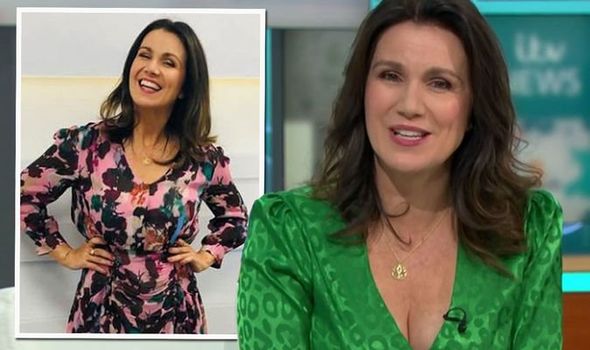 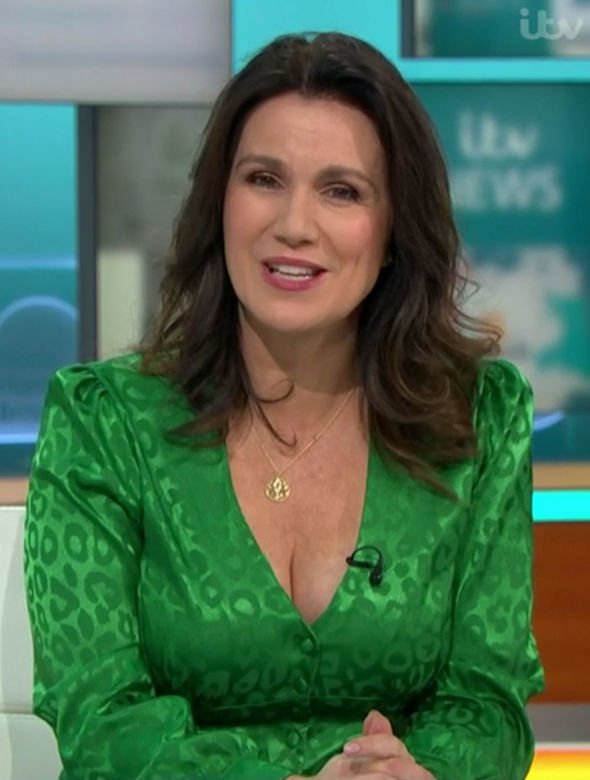 Sharing a similar sentiment, a third person remarked: “I think that Piers’ Disney animation face is more handsome then the real Piers lol.

“Susanna is spot on,” a fourth fan added.

“This a new Disney movie in the making! #lockdownfamily,” another remarked. 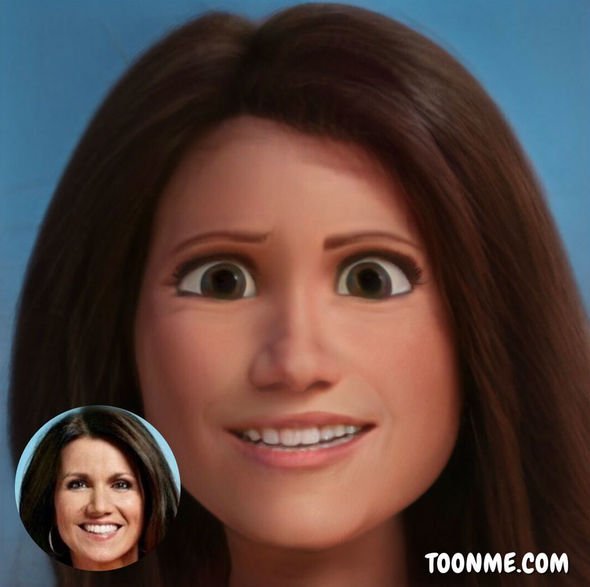 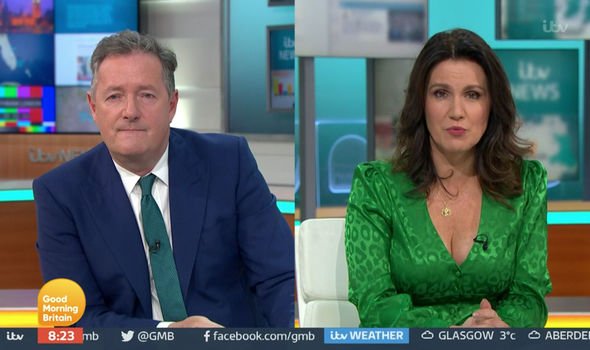 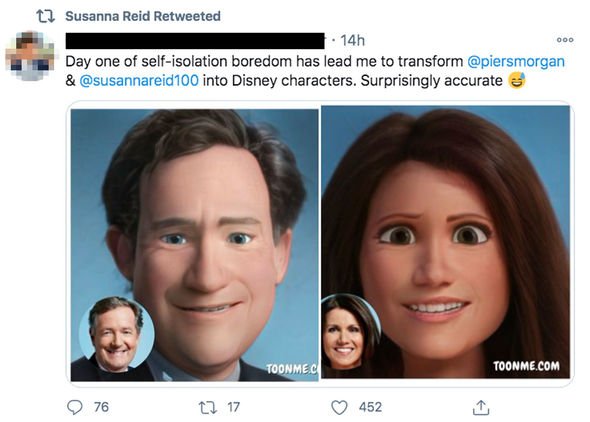 During her stint on GMB, Susanna lived up to her new chic alter go, looking sensational in a plunging green silk dress.

Her outfit choice sparked a frenzy online with many complimenting the star on her good looks.

However some viewers thought the low-cut number showed too much cleavage for a breakfast show.

“#Susanna is looking amazing on GMB this morning,” one person wrote.

“Absolutely @susannareid100 but a bit too much cleavage for me at this time of day #gmb,” another viewer added.

A third person said: “@GMB bit early for all that boobage! @susannareid100 that’s quite an eyeful! #gmb #susannareid #eyefull.”

Another added: “Too much shine and too much t*t for this time in a morning @GMB – Especially when the nations kids are home! #gbm #susannareid #lorriane.”

At the weekend, fellow ITV star Holly Willoughby came under similar fire for her revealing outfit choice on Dancing On Ice.

She wowed in a pink sequin dress with a low-cut neckline, for the very first episode of the 2021 series.

Some viewers thought her plunging dress was inappropriate attire for a family show, and took to social media to comment.

“Does Holly realise this is a family show, why does she always have to expose her breasts #dancingonice,” one person wrote online.

“Holly not leaving much to the imagination. Blimey #DancingOnIce,” another added.

The comments were made when the presenter took to Instagram to share a picture of herself ahead of the show.

“Well its back… @dancingonice on @itv at 6pm…” she wrote online in view of her seven million followers, before congratulating the team for putting the show together amid the coronavirus pandemic.

“It’s incredible that the brilliant team, crew and celebs have made this happen… it’s not been easy and I feel so proud.

“Gosh it feels good to put a sequin on,” she added.