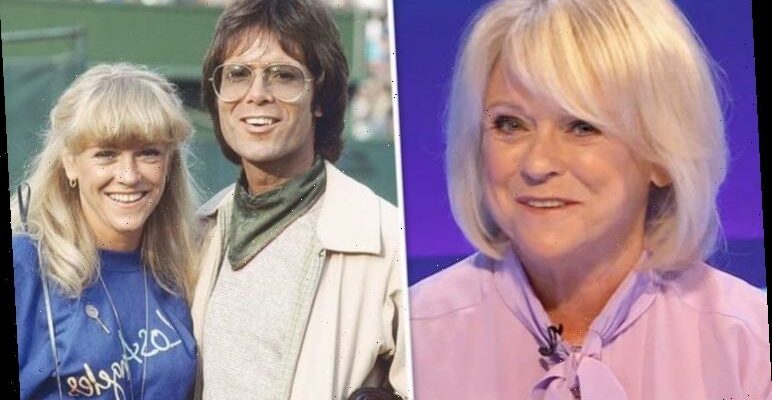 The tennis ace, 64, is presenting her final episodes of A Question of Sport after the BBC announced the full cast would be replaced. Barker has hosted the show for 24 years and became a beloved fixture alongside Matt Dawson and Phil Tufnell. In the wake of her departure from the sports quiz, there has been a renewed interest in her love life.

Barker has been married to Lance Hansard, a landscape gardener and former policeman, for nearly 33 years.

The Wimbledon star met her future husband while she coached tennis in Portugal, and after being reunited in the UK they started a relationship.

While she has remained happily married since 1988, many questions surround Barker’s past relationships.

One of her most high-profile suitors was Sir Cliff, who was introduced to Barker by Alan Godson, a vicar from Liverpool. 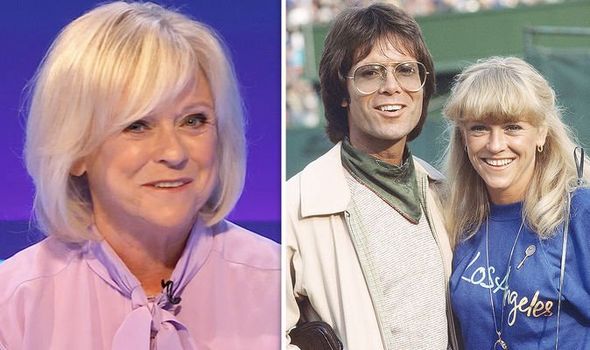 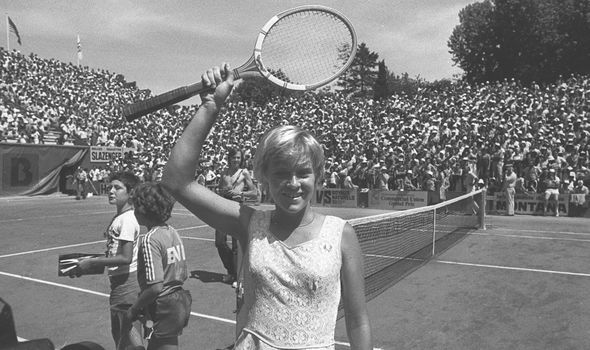 He explained that the tennis champion was on “a spiritual journey” and needed the musician’s guidance to navigate it, while being in the public eye.

Prior to being asked to mentor Barker, Sir Cliff had watched her victory over US tennis star Tracy Austin and was surprised when she hugged a familiar face.

Sir Cliff’s friend and former The Shadows bandmate Hank Marvin had “coincidentally” met her and “popped along to see her” play.

Soon after the Summer Holiday singer decided to call Barker “out of the blue” and invited her to watch The Shadows perform with him in London in 1982.

After the gig, they went to meet a “very down-to-earth congregation” and discussed “what faith meant”. 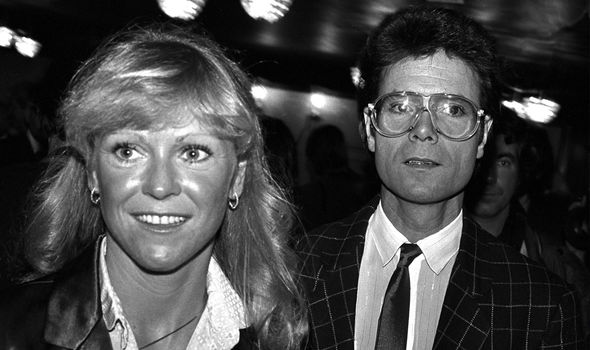 Sir Cliff explained that while he helped to “ease her into the Christian world”, she gave him “something very important in return – tennis”.

While he had “idly watched” the sport from his sofa on countless occasions, it was Barker who inspired him to pursue it.

Sir Cliff described playing tennis with her as “another world completely, another galaxy” compared with his previous matches against friends.

In his autobiography The Dreamer, which was released last year, he explained that Barker was “away on the road as much as me”.

Soon after meeting they both “vanished to different parts of the globe” but remained in touch and soon Sir Cliff realised how much he missed her. 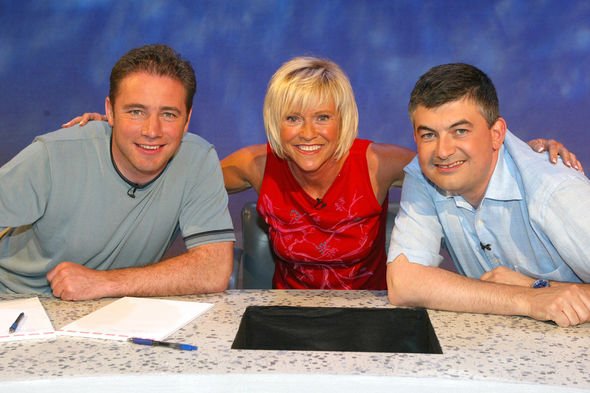 He wrote: “I went to play dates in the Far East, but I thought about her a lot and we kept in touch via letters and phone calls.”

At one point, they flew to meet each other in Copenhagen and another time Barker watched Sir Cliff record Now You See Me… Now You Don’t in Abbey Road Studios.

Sir Cliff explained: “It is well-known that Sue and I went on to have a close relationship for a year or more and I have only fond memories of that time.

‘She and I never had a cross word, and 40 years on, if I ever see her, our friendship is as deep and natural as it ever was.

“And that was the way I know it will always be.”

Sir Cliff didn’t go into detail about why their relationship broke down in his new book but previously the singer spoke more candidly about their time together.

In his 2008 autobiography My Life, My Way, he revealed that there were only two occasions when he considered proposing.

Sir Cliff wrote: “Of all the women I’ve known, there were only two that I’ve come close to marrying. 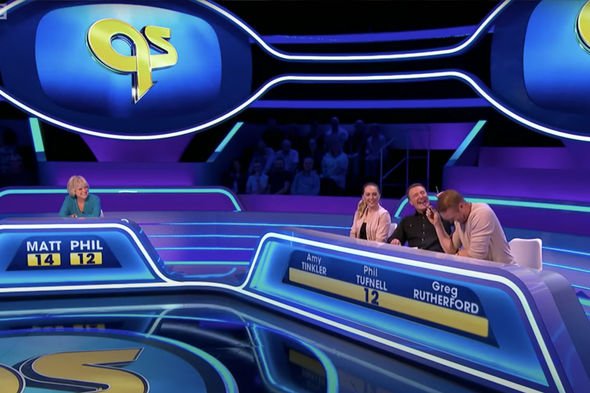 “One was Jackie Irving, a dancer whom I met in Blackpool. She was utterly beautiful and for a while we were inseparable.”

He revealed that the other was Barker.

Sir Cliff continued: “I seriously contemplated asking her to marry me.

“But in the end I realised that I didn’t love her quite enough to commit the rest of my life to her. 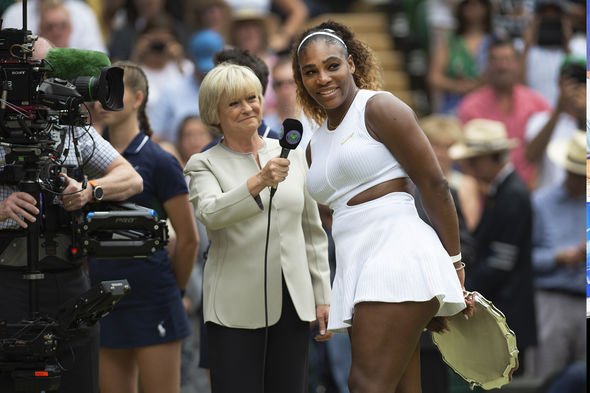 “There were no broken hearts.”

In 2008, Sir Cliff explained that he was happy having never tied the knot and didn’t expect that would change in the future.

He told the Daily Mail: “We are all flesh and blood and if I’d got married I would be living with my wife full-time.

“But I haven’t and that’s why I have chosen another way of getting through my life  –  and this is the way I’m going to go on.”

Sue Barker appears on A Question of Sport, which airs at 8.05pm tonight on BBC One.

Cliff Richard: The Dreamer was published by Ebury Press last year and is available here.

Cliff Richard: My Life, My Way was published by Headline Review in 2008 and is available here. 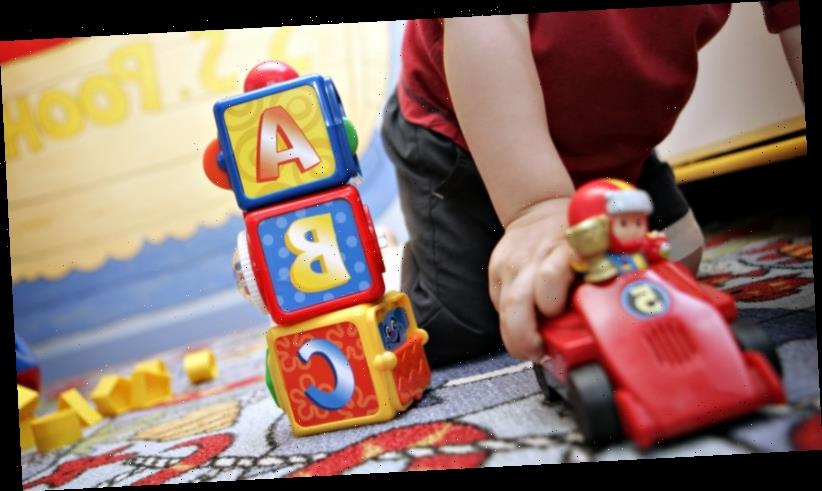