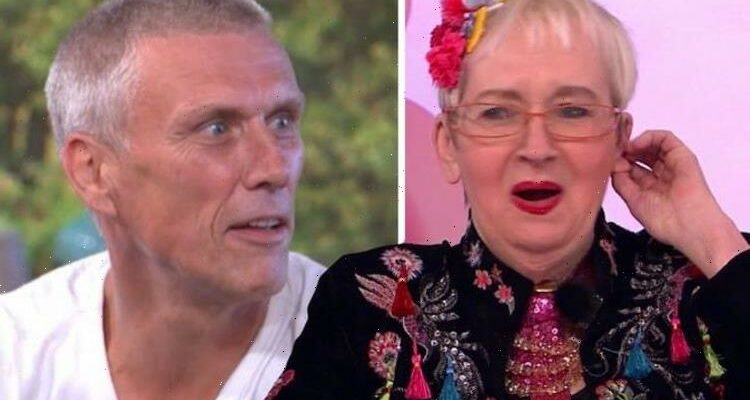 Su Pollard, 71, signed on the dotted line for this year’s Celebrity Masterchef, despite admitting she’s “no great shakes at cooking”. The Hi-de-Hi! actress recalled making one error in particular, but managed to get away with it due to her co-star Bez causing a slight distraction.

Ahead of series 16 of the legendary show, in a recent interview Su spoke about how she decided now was the right time to join the show as a contestant, after having previously turned it down.

“They did ask me once before and I couldn’t for the best reason in the world — I was already working,” she explained.

“When they asked me this time, I thought, ‘Now look, the theatres are shut, perhaps the time is right.’

“MasterChef is a gem on its own. It’s fabulous.”

But she added: “However, the chances of opening my own restaurant are very slim; I couldn’t even find my spoon half the time.”

And when it came down to mistakes in the kitchen, Su made one that she revealed probably “blew the judges heads off”.

“We had to cook something for a guest chef using lots of spices,” the star remembered.

“But I forgot whether I’d put the spices in.”

“To be safe, I put them all in again but it turned out I had put them in the first time, so the judges’ heads must have blown off!” she giggled during her chat with Radio Times.

“Although to be honest they were distracted by telling Bez off about his messy work station.

“But I tell you what — bless him — his flavours were terrific.”

The Happy Mondays legend was among those who joined the actress in the infamous kitchen.

A show source told The Sun back in March that he could surprise everyone with his culinary skills.

“When Bez signed up for Celebrity MasterChef no one knew what to expect,” they said.

“But he’s probably this year’s funniest signing and he has injected some comedy into proceedings.”

They added: “Bez is definitely really into his food and he loves being creative.