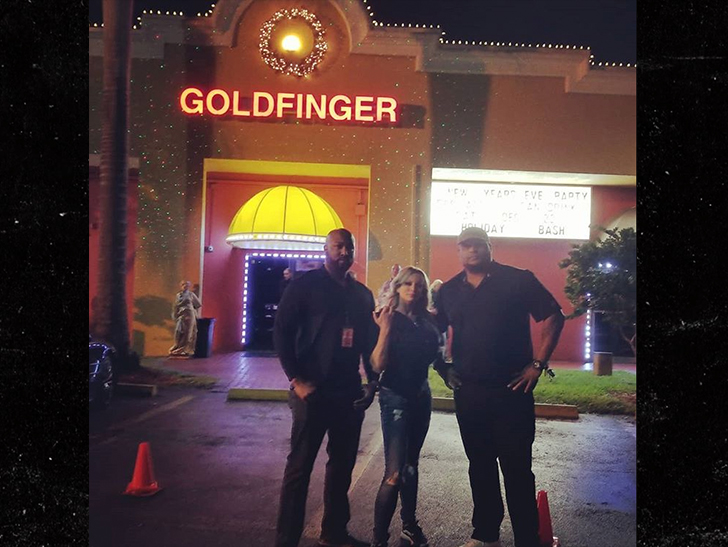 Stormy Daniels is taking a stand — which could lead to another lawsuit — against a strip club owner who she claims hurled a homophobic slur at her assistant.

President Trump‘s nemesis, (one of his many), was supposed to perform at a Sunrise, FL club called Goldfinger … but instead, she just gave ’em the finger in this photo — and ripped the owner for allegedly calling her right-hand man a “f**king f****t.”

She also claims the owner asked her to “do something not in my contract.” She announced on social media she wouldn’t perform … and set off a war with the club. The owner fired back on IG, denying the incident and claiming she had broken her contract.

In her closing shot at the club owner, Stormy made a not-so-subtle reference to her Trump war, saying … “When are dips**ts gonna learn that I do not respond well to bullies?”