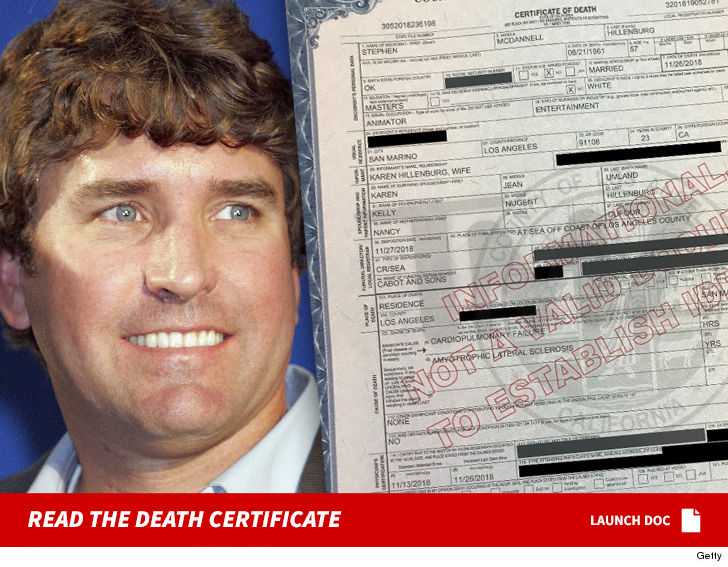 Stephen Hillenburg – the creator of the hit Nickelodeon show “SpongeBob SquarePants” — officially died of heart failure as a result of his ALS, but the more interesting tidbit … his remains were scattered at sea — and you gotta hope he’ll rest in Bikini Bottom.

According to Hillenburg’s death certificate — obtained by TMZ — the animator’s immediate cause of death was cardiopulmonary failure due to ALS — the diagnosis which he publicly revealed in 2017. The document also reveals that Hillenburg was cremated and his ashes were scattered at sea — at least 500 yards off the coast of California, to be more specific.

As we reported … Hillenburg died late last month after battling the fatal disease for more than a year. Nickelodeon called him “a beloved friend and long-time creative partner” and praised his seminal work on ‘SBSP’ as “a reminder of the value of optimism, friendship and the limitless power of imagination.”

Hillenburg is survived by his wife and son. He was 57.