Slipknot’s Shawn Crahan has announced the tragic news that his daughter Gabrielle has died at the age of 22.

The 49-year-old musician wrote on Instagram Sunday: ‘It is with a broken heart, and from a place of the deepest pain, that I have to inform all of you that my youngest daughter, Gabrielle, passed away yesterday – Saturday May 18th, 2019.’

The Grammy-winning musician, who has the stage names Clown and #6, said that ‘funeral arrangements will be forthcoming,’ adding, ‘My family and I ask that our privacy be respected moving forward.’ 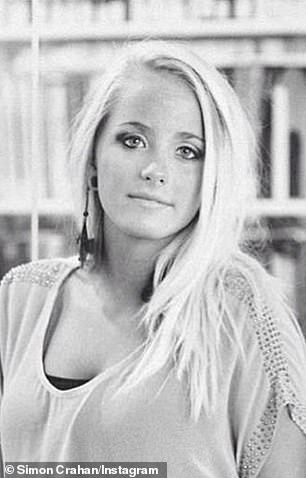 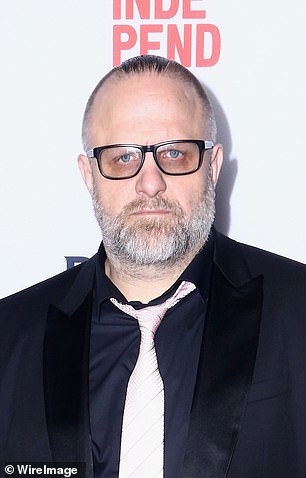 Tragic: Slipknot’s Shawn Crahan says his daughter Gabrielle has died at the age of 22

Gabrielle is survived by her father and mother Chantel Crahan; sister Alexandria and brothers Gage and Simon, the latter of whom took to Instagram to express his feelings over the heartbreaking turn of events.

‘Today is the hardest day ever, I’m confused, I’m angry, I’m sad and I’m just sad just really sad,’ said Simon, who is also a musician. ‘Gabri I miss you so much I miss you like no other we were best friends we had a good bond and now your not here anymore. I love you Gabri and I know you’ll know that forever.’

Alexandria posted a childhood shot of herself and her late sister, writing, ’22 is too young to die.

‘I am in shock and have no idea how to process the wave of emotions I am experiencing,’ she wrote. The comforts I have in these moments are my family, friends, and cats. Please put good energy out for my parents and my brothers.’ 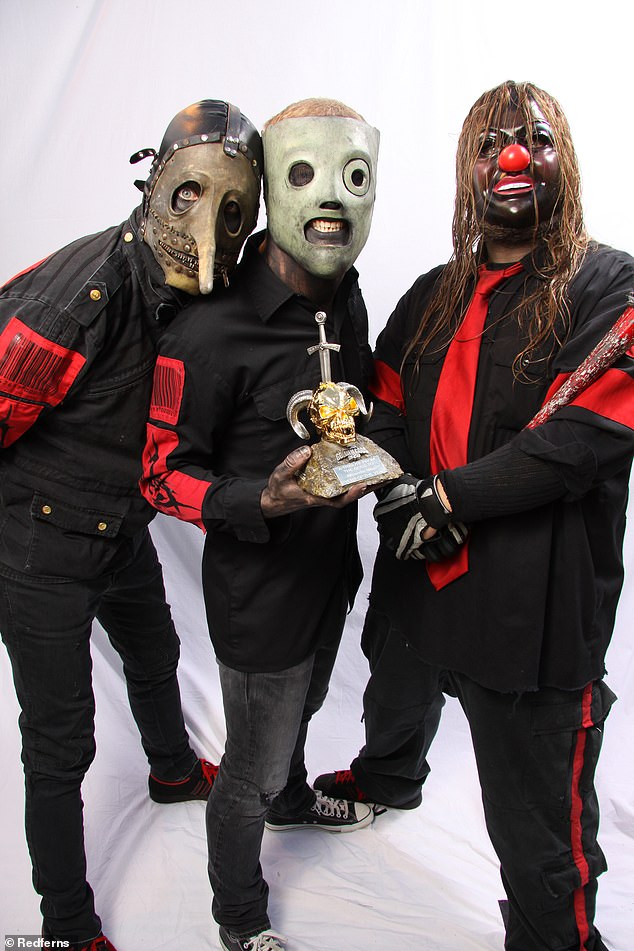 Mainstay: Slipknot (Chris Fehn, Corey Taylor and Crahan) was snapped in 2009 in the U.K. 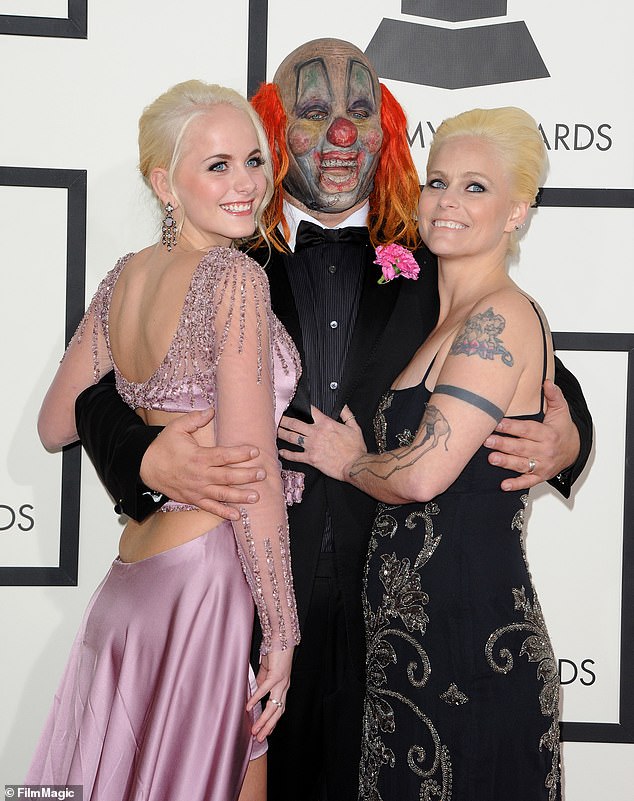 Better times: Crahan embraced Gabrielle (L) and his wife Chantel (R) at the 2014 Grammys in LA

Alexandria said her younger sister’s premature passing ‘loss leaves the biggest hole and our lives will never be the same.’

She later discouraged people from speculating on her sister’s cause of death, posting text over a screengrab of a Reddit thread in which people were talking about the topic.

Slipknot singer Corey Taylor, took to Twitter with condolences for his bandmate: ‘My heart has broken for my brother. Please keep the Crahan family in your thoughts and love. She will be missed.’

Crahan, who is one of the heavy metal outfit’s founding members, had performed with the band on Jimmy Kimmel Live! Friday, as the group played their new single Unsainted. 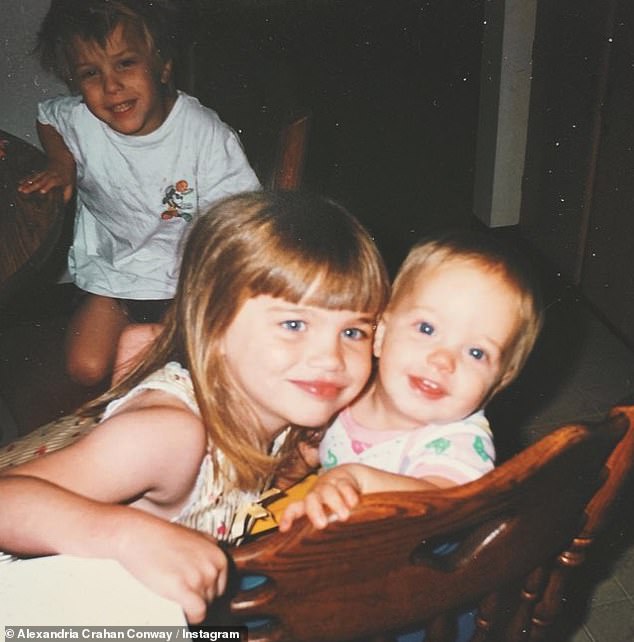 Look back: Gabrielle’s sister Alexandria posted a childhood shot of herself and her late sister, writing, ’22 is too young to die’ 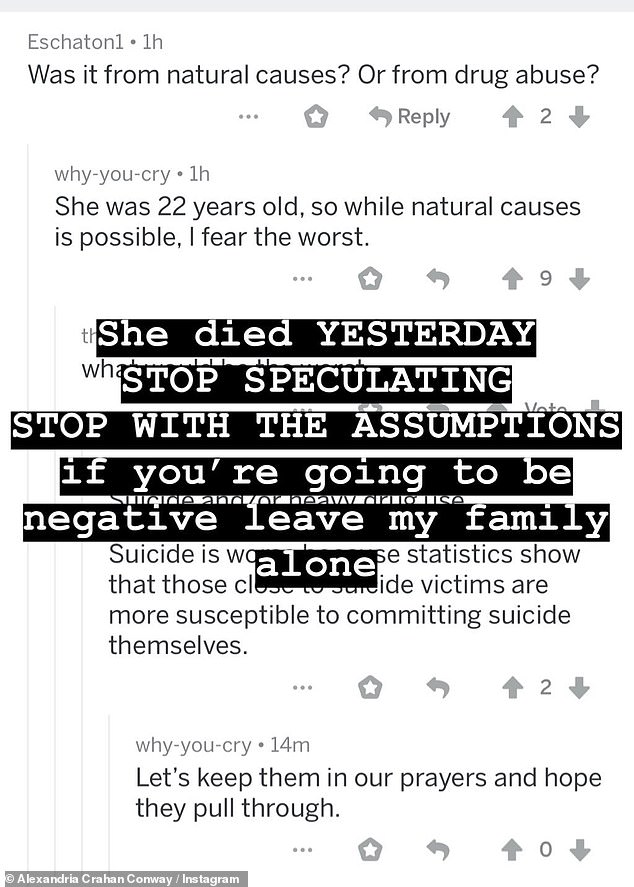 Request: Alexandria discouraged people from speculating on her sister’s cause of death, posting text over a screengrab of a Reddit thread in which people were talking about the topic