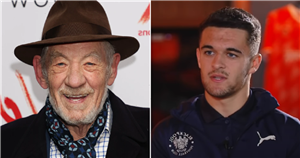 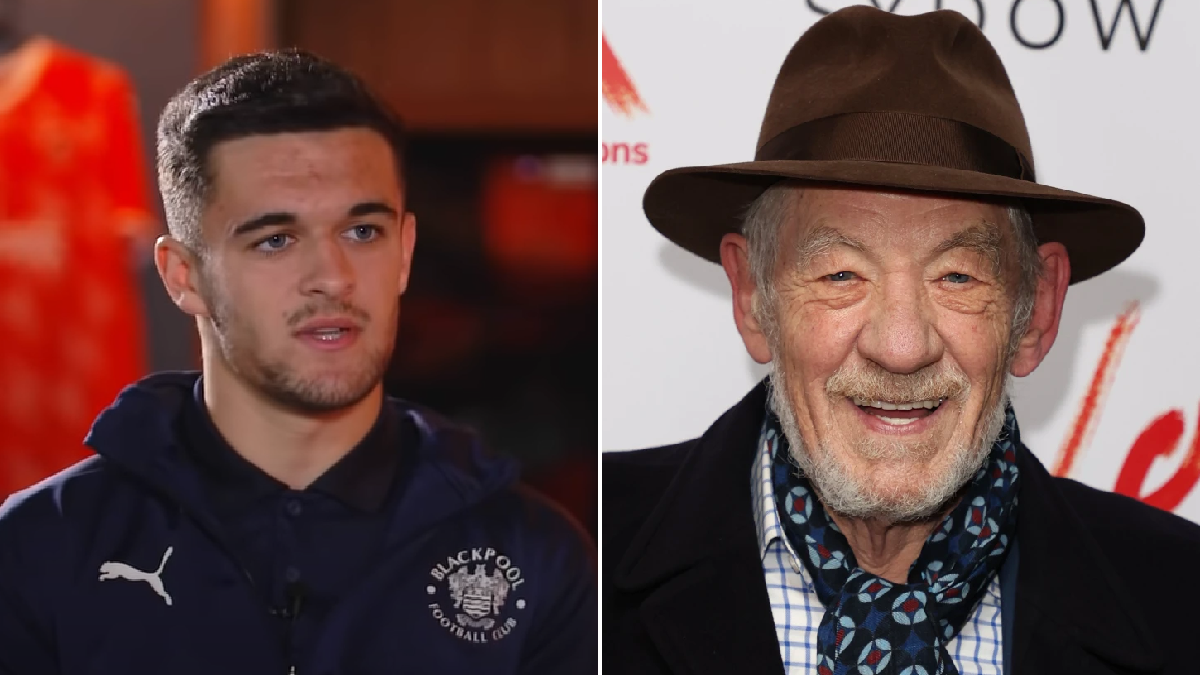 Sir Ian McKellen has thrown support behind Blackpool’s Jake Daniels after he became the UK’s first currently active male professional footballer to come out as gay.

The 17-year-old forward became the first Briton in the men’s professional game to come out publicly as gay since Justin Fashanu in 1990.

Celebrities, including Phillip Schofield, have praised Jake for his incredible bravery, with Lord Of The Rings legend Sir Ian also in awe of the sporting star’s courage.

‘At 17, @Jake_Daniels11 represents a generation that rejects old-fashioned homophobia in football and elsewhere: those who haven’t yet grown up as he has,’ Sir Ian wrote on Twitter.

‘He sets an example. No wonder so many of us, gay and everyone else, admire & treasure him as a hero. What a goal he’s scored!’

Our hearts are full!

At 17, @Jake_Daniels11 represents a generation that rejects old-fashioned homophobia in football and elsewhere: those who havenât yet grown up as he has. He sets an example. No wonder so many of us, gay and everyone else, admire & treasure him as a hero. What a goal he’s scored!

Simon Thomas was also among those praising Jake and told Jeremy Vine viewers on Tuesday that he hopes it marks a ‘new era’.

‘It shouldn’t be significant in 2022, yet it is,’ he said. ‘I just think this is a hugely significant moment for football. I hope that it will be the start of a new era.

‘We’ve got to remember that this guy is only 17, he’s only turned professional this season.

“It shouldn’t be significant, but it is”@SimonThomasTV applauds Jake Daniels after the 17-year-old came out as the UK’s only openly gay active male professional [email protected] | #JeremyVine pic.twitter.com/chGkGln2Rm

‘It’s an awful lot of weight on his shoulders and I hope he has the right support around him from teammates, which is sounds like he absolutely has, the management structure of Blackpool, and the wider football community as well.’

Jake came out publicly on Monday, telling Sky Sports: ‘It’s been quite a crazy year. I’m 17. I’ve signed a professional contract. I’ve scored 30 goals this season and I’ve just made my first-team debut in the Championship, coming off the bench against Peterborough.

‘And now I have decided to come out. Everything has happened at once but it feels right.

‘When this season started, I just wanted to prove myself as a player. I think I have. So this was the one last thing in my head that I knew I needed to do.

‘Now it’s out, and people know. Now I can just live my life how I want to and you know what? It’s been incredible.’