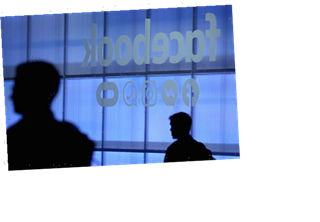 Facebook lost 1 million users in the U.S. and Canada during the holiday quarter, marking the second straight quarter it shed domestic users

Despite topping analysts’ sales and earnings expectations for the fifth time in its last six quarters, Facebook’s stock price took a small hit on Wednesday afternoon after the company warned in its Q4 financial report it’s facing “significant uncertainty” moving into 2021.

Facebook added another 25 million daily active users during the holiday quarter, pushing the company to 1.845 billion DAUs overall, while its monthly users climbed from 2.74 billion to 2.97 billion. Facebook’s daily user base dropped from 196 million to 195 million in the U.S. and Canada — marking the second straight quarter the company lost domestic users.

“We had a strong end to the year as people and businesses continued to use our services during these challenging times,” Facebook CEO Mark Zuckerberg said in a statement. “I’m excited about our product roadmap for 2021 as we build new and meaningful ways to create economic opportunity, build community and help people just have fun.”

At the same time, CFO David Wehner’s note to investors struck a less enthusiastic tone, warning investors the company will “continue to face significant uncertainty” this year. In particular, Wehner warned changes to the iPhone’s operating system and the “evolving regulatory landscape” could negatively impact Facebook’s ad business. The comment comes as Facebook faces an antitrust lawsuit brought by the FTC over its acquisitions of Instagram and WhatsApp several years ago.

“We believe our business has benefited from two broad economic trends playing out during the pandemic,” Wehner explained. “The first is the ongoing shift towards online commerce. The second is the shift in consumer demand towards products and away from services. We believe these shifts provided a tailwind to our advertising business in the second half of 2020 given our strength in product verticals sold via online commerce and our lower exposure to service verticals like travel. Looking forward, a moderation or reversal in one or both of these trends could serve as a headwind to our advertising revenue growth.”

He added: “In the first half of 2021, we will be lapping a period of growth that was negatively impacted by reduced advertising demand during the early stages of the pandemic. As a result, we expect year-over-year growth rates in total revenue to remain stable or modestly accelerate sequentially in the first and second quarters of 2021. In the second half of the year, we will lap periods of increasingly strong growth, which will significantly pressure year over-year growth rates.”

Investors didn’t seem to love the report at first blush, with Facebook shares dropping 2% in after-hours trading to $267.50 per share.

Another key point from Facebook’s Q4 report: The company’s board recently authorized a stock buyback up to $25 billion.

Facebook’s earnings come a few weeks after the company “indefinitely” suspended former President Donald Trump, following the storming of the U.S. Capitol on Jan. 6 by scores of his supporters.

“Over the last several years, we have allowed President Trump to use our platform consistent with our own rules, at times removing content or labeling his posts when they violate our policies,” Zuckerberg wrote at the time. “We did this because we believe that the public has a right to the broadest possible access to political speech, even controversial speech. But the current context is now fundamentally different, involving use of our platform to incite violent insurrection against a democratically elected government.”

Trump’s future on Facebook and Instagram is now in the hands of Facebook’s “oversight board,” which will make a decision on whether or not he can regain access to his accounts.