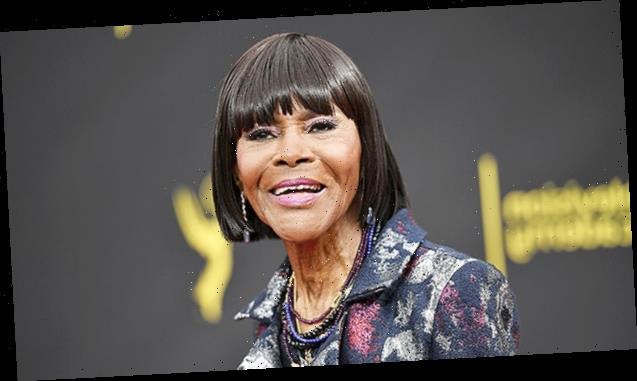 Cicely Tyson rocked Hollywood with the heartbreaking announcement of her death on Jan. 28. She passed away at 96 years old, leaving behind a legacy of iconic roles in films like Sounder and The Autobiography of Miss Jane Pittman, which countless celebrities remembered as they took to social media with their tributes. Leading the condolences was Shonda Rhimes, the executive producer of How to Get Away with Murder, which Cicely starred in as Ophelia Harkness for five years. The show was Cicely’s last acting project.

“She was an extraordinary person. And this is an extraordinary loss. She had so much to teach. And I still have so much to learn. I am grateful for every moment. Her power and grace will be with us forever,” Shonda wrote in her tribute, which also featured a throwback photo of the HTGAWM executive producer with Cicely.

Fellow legendary actress Viola Davis also co-starred alongside Cicely in HTGAWM. Viola Davis wrote an emotional tribute for her castmate on Instagram: “I’m devastated. My heart is just broken. I loved you so much!! You were everything to me! You made me feel loved and seen and valued in a world where there is still a cloak of invisibility for us dark chocolate girls. You gave me permission to dream….because it was only in my dreams that I could see the possibilities in myself. I’m not ready for you to be my angel yet. But…I also understand that it’s only when the last person who has a memory of you dies, that you’ll truly be dead. In that case, you will be immortal. Thank you for shifting my life. Thank you for the long talks. Thank you for loving me. Rest well.” 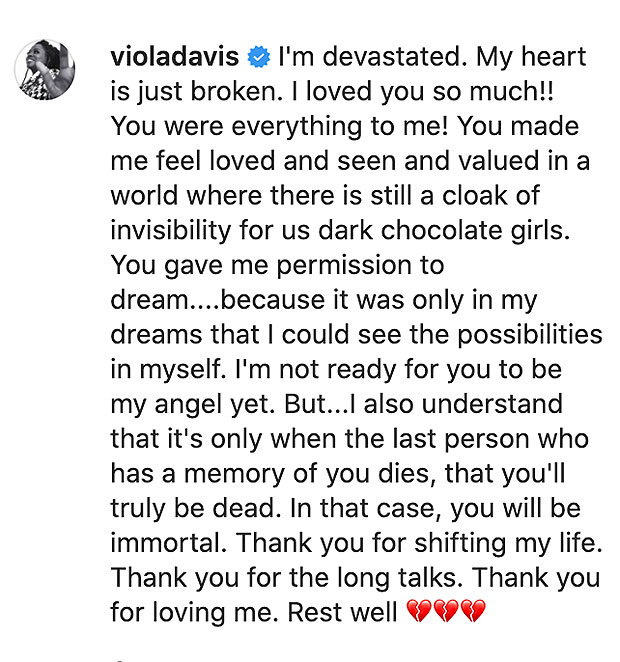 Another one of Cicely’s co-stars was LeVar Burton, who played the actress’s son in the 1977 miniseries Roots. LeVar shared a photo as their characters from the show and wrote, “This one cuts deep. @IAmCicelyTyson was my first screen Mom.. Elegance, warmth, beauty, wisdom, style and abundant grace. She was as regal as they come. An artist of the highest order, I will love her forever…”

Zendaya also took to Twitter and shared a sentimental photograph of Cicely taken years ago. “This one hurts, today we honor and celebrate the life of one of the greatest to ever do it. Thank you Cicely Tyson. Rest in great power,” the Euphoria star wrote. Yara Shahidi was just as heartbroken; the Grown-ish star shared a photo of herself with Cicely at ELLE’s Women in Hollywood event in 2017 and wrote, “Heartbroken by the passing of the LEGENDARY, GRACEFUL, and ICONIC, Cicely Tyson [heartbreak emojis] From her iconic roles and dedication to her craft, to being the first Black Women to wear her hair naturally on TV, to being my first movie grandmother and guiding me with such care … her impact is TRULY INCALCULABLE #RestInPower.”

Actress Gabrielle Union was just as heartbroken, and shared a throwback photo of Cicely holding her Primetime Emmy Awards in 1974 (the actress was a three-time recipient). “We have lost a visionary, a leader, a lover, an author, an ICON, and one of the most talented actresses the world has ever seen. A life, a career, a fire to celebrated forevermore! #RIPCicelyTyson,” Gabrielle wrote. 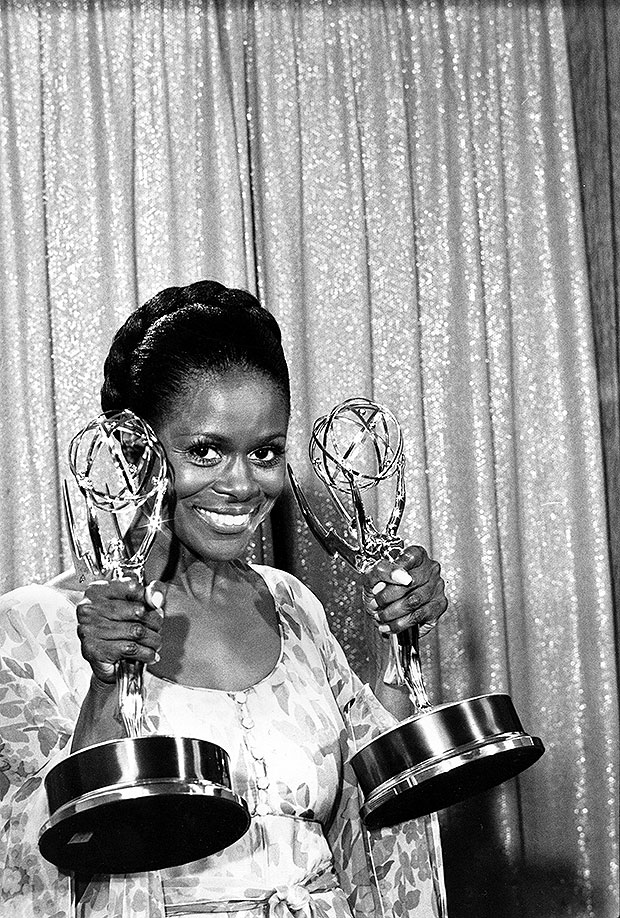 Common also shared photos of Cicely and tweeted, “I’m so sad to hear the news that trailblazing artist and cultural icon Cicely Tyson has passed away today. While she may be gone, her work and life will continue to inspire millions for years to come. God Bless.”

Tiffany Haddish shared a photo of Cicely’s new memoir, Just as I Am: A Memoir, which was released just two days before the author’s death. “Rest In Peace Queen!,” the actress and comedian captioned her Instagram post. And Mr. Iglesias star Sherri Shepherd tweeted, “If only we could be as blessed as the prolific, vivacious and pioneering Cicely Tyson to live to be 96 and have had such a full life, accomplish so many awesome milestones and leave such an incredible body of work. She’ll never be forgetten! #CicelyTyson.”

Meanwhile, Charmed star Alyssa Milano offered her “condolences to the Tyson family” who were the ones to announce Cicely’s death on Thursday afternoon, and Susan Kelechi Watson, who plays Beth in This Is Us, called Cicely a “Way Maker” and “Legend” on Instagram.

Journalist Katie Couric penned an especially long tribute for Cicely and pointed out her many pioneering accomplishments as a Black American actress in the film industry. “Throughout her career, Cicely Tyson refused to play drug addicts, prostitutes or maids, roles she thought demeaning to Black women. She made history when she became the first Black woman to get a recurring role in a drama series ‘East Side/West Side,’ and made history again when she became the first Black woman to win an Emmy as a lead actress in a television movie for her role in ‘The Autobiography of Miss Jane Pittman’,” Katie wrote — you can read the full message, here.

Cicely’s longtime manager, Larry Thompson, announced the legend’s death on behalf of her family on Jan. 28. “With heavy heart, the family of Miss Cicely Tyson announces her peaceful transition this afternoon. At this time, please allow the family their privacy,” the manager revealed in a statement to HollywoodLife. As you can see from the many tributes above, Cicely left a significant impact on Hollywood and won three Primetime Emmy awards, a Tony Award, Peabody Award, and even the Presidential Medal of Freedom throughout her lifetime.