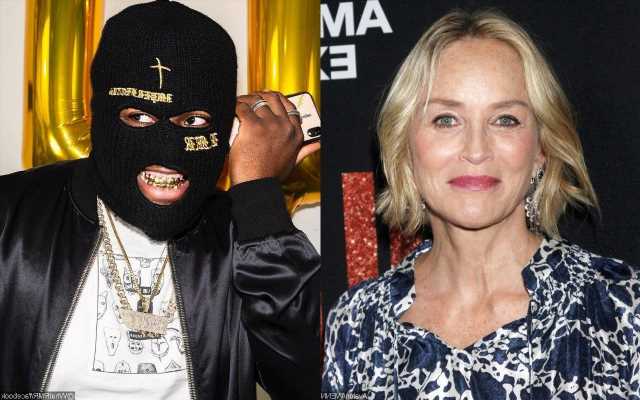 The 63-year-old ‘Basic Instinct’ has reportedly been spotted on dates with the burgeoning artist, who is known for protecting his identity by wearing a ski mask.

AceShowbiz –Sharon Stone is apparently a cougar. The Emmy Award and Golden Globe Award-winning actress is reported to be dating a man who is less than half her age. The 63-year-old silver screen icon has sparked dating rumors with 25-year-old rapper RMR.

According to Page Six which first broke the news, the “Basic Instinct” star and the singer/songwriter have been spotted on several dates all over Los Angeles. Their most recent outings together allegedly included when they hit up hotspots Delilah and The Highlight Room, where they were seen dancing to hip-hop music last week.

“She’s definitely having a hot girl summer,” a source told the news outlet of the rumored couple’s date night. “They were together hanging out with Drake‘s [artist] PND (PARTYNEXTDOOR), and they were canoodling and popping bottles. They were dancing to hip-hop. Chris Brown was also there.”

Of why they hit it off, a so-called insider said that RMR “respects her and thinks she’s cool as f**k.” The same source added that the burgeoning artist, who is notorious for protecting his identity by wearing a ski mask and sporting gold grills on his teeth, is a huge fan of Sharon’s 1995 mobster film “Casino”.

“They’re enjoying each other’s company right now and hanging out. They’re having a great time together,” the source added. “They’re on the same frequency and it’s a very unique friendship.” The rapper even got the acting vet to don one of his signature ski masks in the club.

They made no secret their “unique friendship” on Instagram, with him liking several of the actress’ photos. Meanwhile, Sharon commented with applause emoji on RMR’s video post in which he announced, “Can’t wait to see all you Rascals at my shows, and everyone else … Doing a US & Canada tour.”