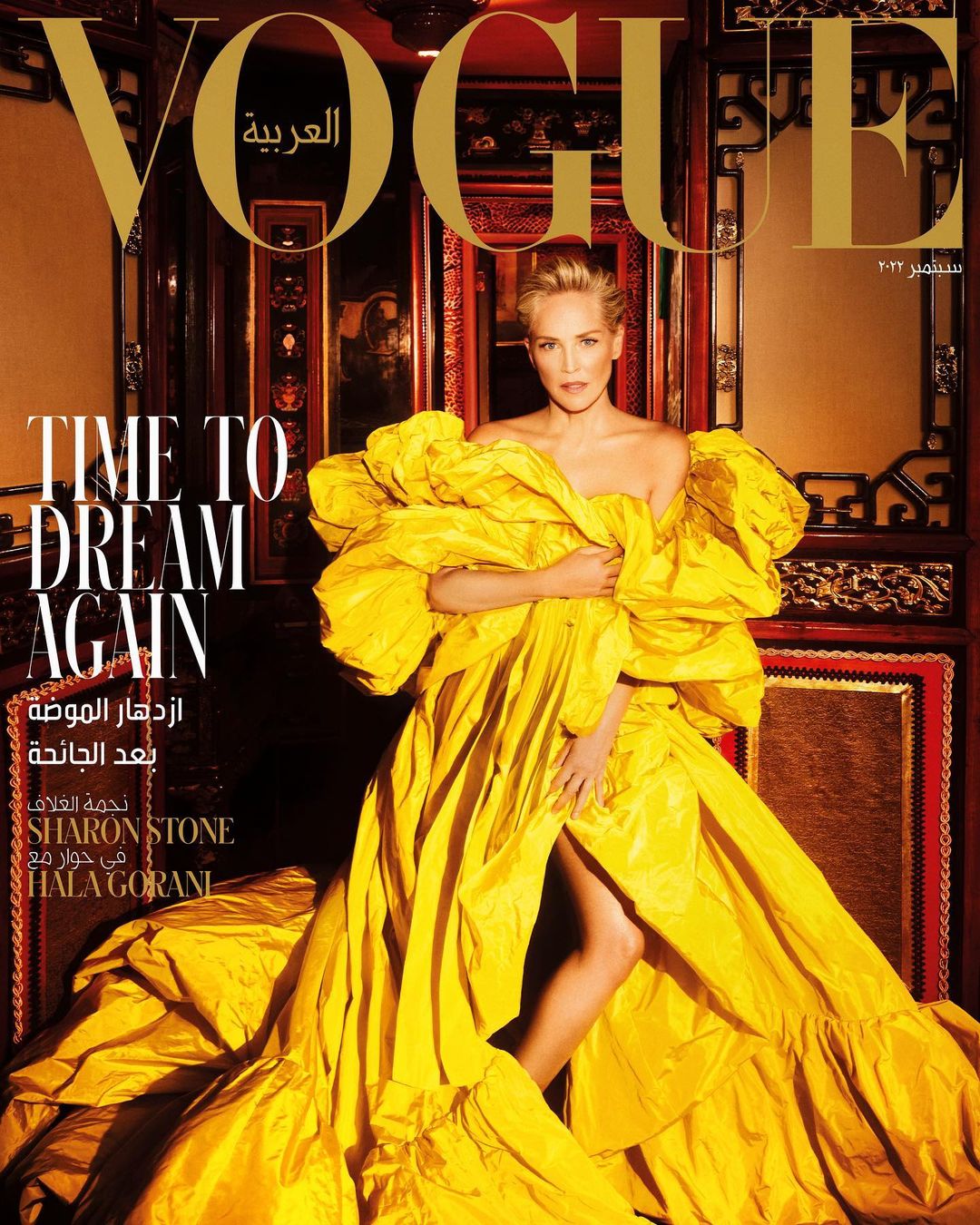 Sharon Stone covers the latest issue of Vogue Arabia. It’s a lovely, expensive-looking editorial, although it absolutely looks like the photographer smeared Vaseline on the lens. This is the same lighting from Barbara Walters’ old interviews, I swear to God. Anyway, Sharon always has some interesting stuff to say about beauty, aging and feminism, and her Vogue Arabia interview was no different. Some highlights:

Why she’s often described as “brave”: “Because I’m comfortable with myself, and I don’t feel personally oppressed. I think I can probably speak for you and the rest of the female planet when I say that there’s a giant effort to make us not feel free and to feel oppressed. And I don’t go for it.”

She’s had a little Botox here & there: “There were periods in the super fame when I got Botox and filler and stuff, and then I had this massive stroke and a nine-day brain hemorrhage and I had to have over 300 shots of Botox and filler to make the one side of my face come up again… [it went from] cute luxury to some kind of massive, painful neurological need.”

Living her best life at 64. “I feel like this is the most exciting and creative period of my life. I feel really, really happy. I’ve never been this joyful.”

On the overturn of Roe v. Wade: “When they’re saying that rape victims have to have their baby, I think you have to be very clear that women’s rights are on pretty thin ice. What’s happening now is the absolute, dramatic backlash to #MeToo.”

How do we make it through this era? “I really grew up in the country, and if you get kidnapped and put in a hole in a barn by a hillbilly, that’s when you’re in real trouble. That’s kind of what’s happening now. We’re like in a hole in a barn with a bunch of hillbillies. [The backlash that #MeToo has received is like a] rabid animal: you step back from it and, you know, wait until someone puts it down.”

Online dating: “I’m not an algorithm dater,” she shared, saying that dating is something that she prefers to experience in a more natural manner, like “when you meet someone, and you have things in common and you have chemistry.” Musing over her romantic life, the star also shared, “I think I would have had more kids if I had a partner.”

“We’re like in a hole in a barn with a bunch of hillbillies” is so eerily correct, I can’t even believe Sharon Stone made this perfect f–king analogy. That’s exactly what happened – we’ve been overtaken by a bunch of hillbilly morons and they’re trying to put women in a hole in a barn. The only thing is, it’s not just “hillbillies.” It’s Harvard-educated Supreme Court justices.

“There’s a giant effort to make us not feel free and to feel oppressed. And I don’t go for it.” Part of oppression is psychological, “feeling oppressed,” feeling helpless. And I agree in some sense that a positive, proactive mindset can do wonders. But I do think Sharon is kind of ignoring that a lot of women in America and around the world are genuinely oppressed, not just in a “oppressed mindset” sort of way. 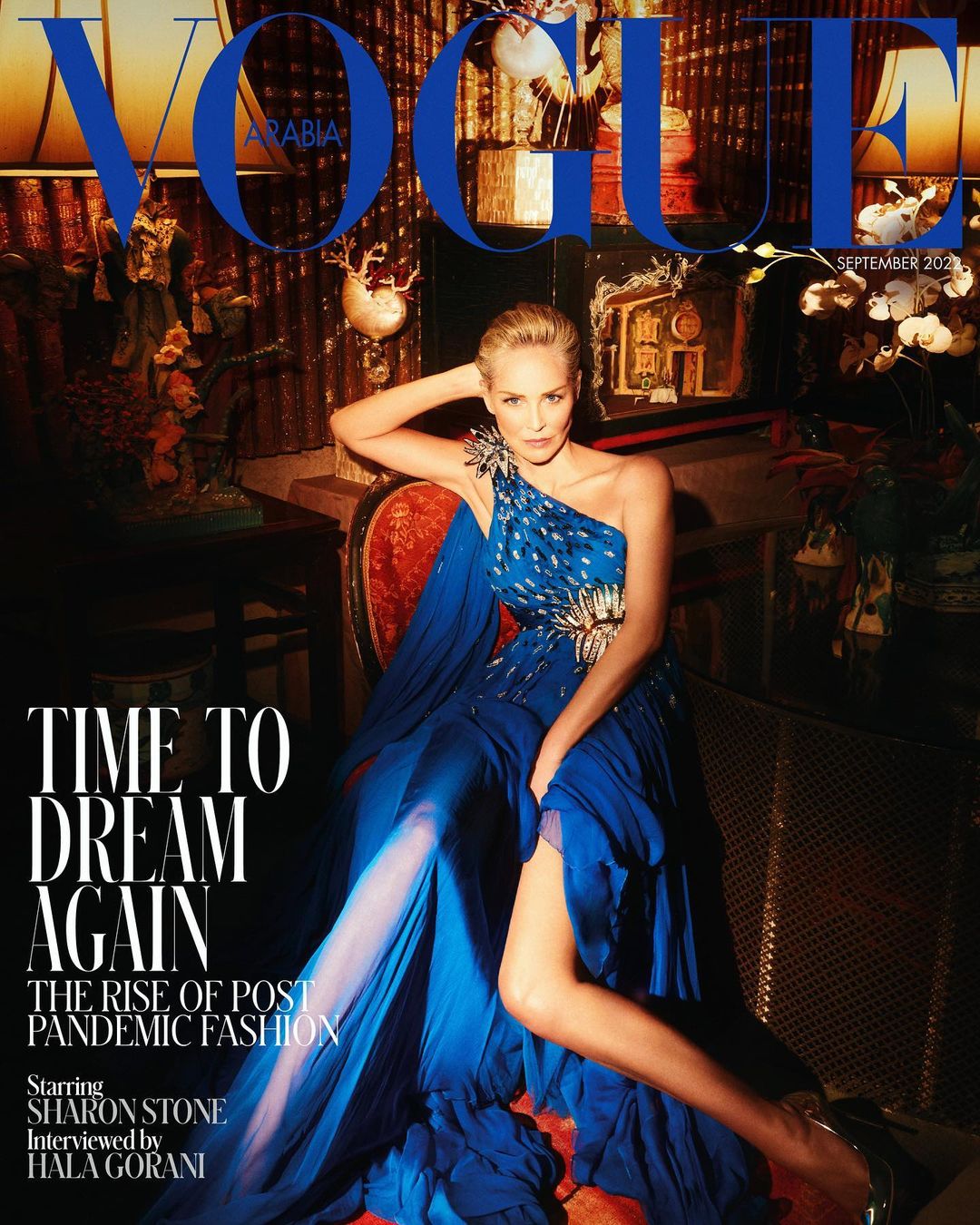