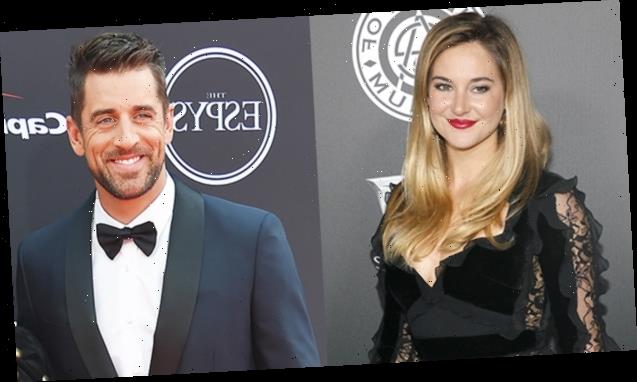 During a low-key trip to Arkansas, Aaron Rodgers and Shailene Woodley looked so happy together while visiting a local restaurant.

Shailene Woodley and Aaron Rodgers have mostly avoided being photographed together amidst their low-profile relationship. However, they happily posed for a picture while visiting the Best Cafe & Bar in Hot Springs, Arkansas on March 30. The lovebirds took a photo with staff members at the establishment, which was then posted to the eatery’s official Instagram page.

In the pic, Shailene cozied up to Aaron, as he wrapped his arm around her shoulder. She intimately grabbed his hand with her own and they had huge smiles on their faces as they took the group picture. They were standing alongside several staff members for the shot. “Our team had the opportunity to cook for Aaron Rodgers and his crew last night,” the caption read. “Grateful for the opportunity.”

The couple’s trip to Arkansas comes following a getaway to Mexico, where they were photographed at the airport earlier this week. That trip was the first time that Aaron and Shailene had been seen publicly together since it was confirmed that they were an item in early February. Days after the relationship news broke, Aaron revealed that he had gotten “engaged,” but did not confirm that his fiancee was Shailene at the time. 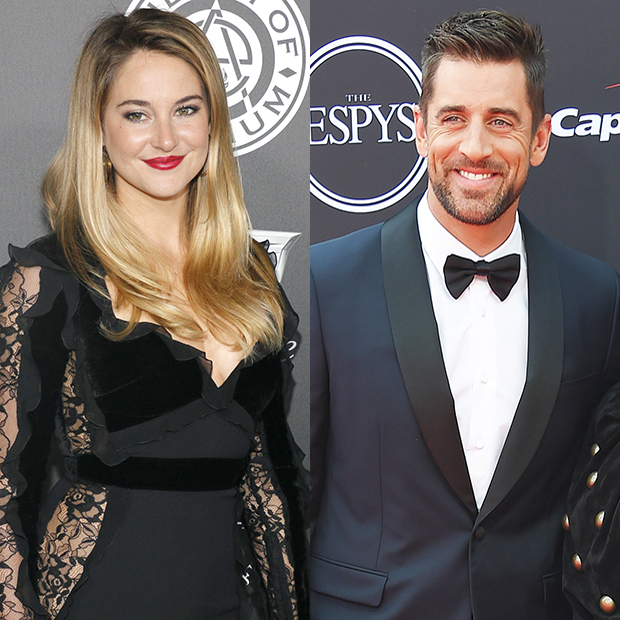 It wasn’t until a Feb. 22 appearance on The Tonight Show with Jimmy Fallon that Shailene finally discussed the engagement for the first time. She revealed that Aaron had actually popped the question quite a bit of time before the news came out, but she did not give an exact timeline of the relationship. Her engagement ring was also briefly on display during the virtual interview.

How Shailene and Aaron met still remains a mystery, although, at first, fans were certain that Jodie Foster introduced them. Jodie is a huge fan of Aaron’s football team, the Green Bay Packers, and he mysteriously gave her a shoutout during the same speech where he confirmed his engagement. Plus, the actress worked with Shailene on the movie The Mauritanian, which came out earlier this year.

After playing coy about her possible involvement in the relationship at first, Jodie finally shut down the speculation while speaking to the press after her win at the Golden Globe Awards (where she thanked Aaron in her acceptance speech). She actually revealed that she’s never even MET Aaron in person! “I do love to talk about how much I love the Green Bay Packers, and sometimes I can talk a little too much about that,” she explained. “So, of course, Shailene is very aware of my enthusiasm for the team.”