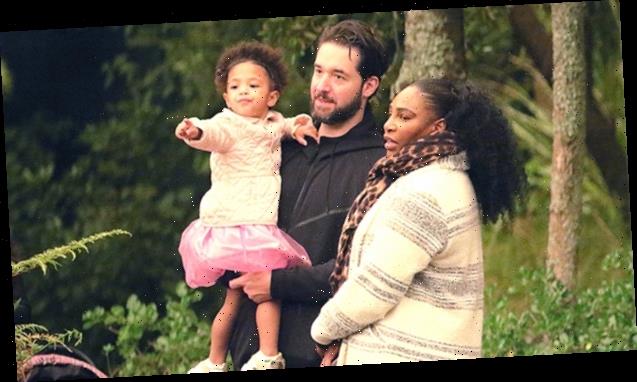 Serena Williams is one incredible woman, and her husband knows it! Alexis Ohanian took to Instagram on March 8 and celebrated International Women’s Day by dedicating a beautiful post to his wife, 39, and the couple’s three-year-old daughter, Olympia. “Celebrating these two women every day,” the Reddit co-founder, 37, began the caption to his post, which featured a candid photo of Serena and Olympia relaxing on a boat near their Florida home.

“Trying to use my power, platform, and privilege to open doors that’ll be the legacy I leave this Boss Baby,” he continued, referencing little Olympia, born Alexis Olympia Ohanian Jr. It was the perfect way for Alexis to celebrate these two ladies. And Serena and Olympia have had quite a lot to be proud of!

The mother-daughter pair recently appeared in their first joint Stuart Weitzman campaign, where they danced around in matching outfits as a voiceover of Serena explained what she loves so much about being a mom. “I would definitely call Olympia my mini-me,” the 23-time Grand Slam champion said in one of the videos. “She is mini Serena.”

The mother-of-one went on to explain that “the best part about being a mom for me is having responsibility. Someone that really relies on me; and it is waking up every day to see her so happy to see me. It’s a feeling I never thought I would experience,” she admitted. But just over three years ago, Serena officially became a mom, welcoming her precious baby girl in September 2017, just months after winning the Australian Open in January of that year!

As for Serena’s husband, the tech entrepreneur is always finding ways to celebrate and champion his wife and daughter. During the recent 2021 Australian Open, Alexis proclaimed that his wife was the Greatest Athlete, not the Greatest Female Athlete. And even when he’s supporting his remarkable wife, Alexis always ensures that their daughter is close by watching her incredible mom from the stands like she did at the 2020 U.S. Open. We adore this little family and cannot wait to see more of their adventures in the near future!