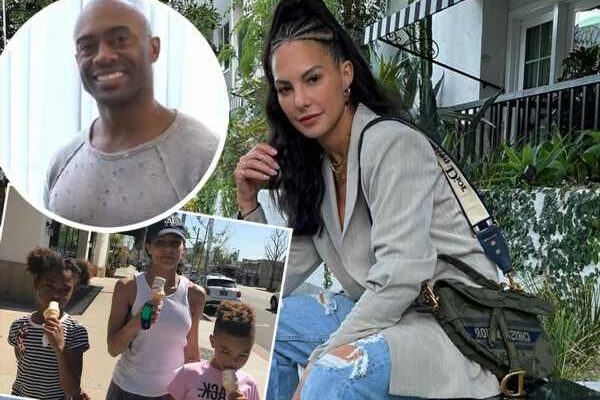 Amanza Smith is done messing around! The Selling Sunset star officially petitioned for sole legal and physical custody of her children this week — and in doing so revealed she may know the location of ex-husband Ralph Brown following his disappearance.

According to documents obtained by E! News, the 44-year-old real estate agent filed paperwork with the court on June 29 to update her previous custody agreement from her 2015 divorce with the former NFL player. The reality TV personality reportedly stated that Brown has not coughed up child support payments in more than five years. No wonder he ghosted her, right??

Amanza even dished that the athlete allegedly sent her an email in September 2019, claiming he “did not have the stability nor finances to keep the kids.”

The momma of two then revealed that Brown has not contacted her in almost two years since leaving in November 2019. However, Amanza thinks she has a “good idea” as to his possible whereabouts though she didn’t drop the exact place. She said of her former partner’s vanishing act:

“His disappearance has been such a mystery that both my attorney and I have been contacted by various reporters seeking information on his whereabouts. I have made several efforts to have him located, and do believe I may have a good idea as to where he is (although I have no confirmed factual knowledge).”

While that may seem encouraging, Amanza reportedly still has no way to reach out to Brown. And what’s even worse is that it sounds like he is possibly hiding in plain sight! In her recent filing, Smith also noted she hired a private investigator who caught Brown holding hands with an unidentified woman:

“I was told that Ralph was seen going into a building holding hands with a woman and that he looked fine. That hit me so hard emotionally, going from fear and concern to the realization that he was likely okay, but just didn’t care about our kids, that I went into a depression and could hardly get out of bed for three days.”

Think about how the kids must be feeling here! We cannot even imagine the pain that Noah and Braker must be experiencing, especially knowing their father is out there just living his life while they’ve been scared for him. Not even mentioning the mental and emotional exhaustion Smith must be facing from the ordeal as well.

Brown’s disappearance has caused quite a stir with fans of the reality series, which is currently filming its fourth season. Amanza has been open about her difficult situation throughout the show, even previously saying of her children:

“I feel like I’m gonna maybe have to get full custody of them.”

Here’s hoping that it happens, girl! What are your thoughts on the update, Perezcious readers? Let us know in the comments (below).