SEBASTIAN SHAKESPEARE: Raffish restaurateur and father of Made in Chelsea star Michael Proudlock dies at 70 – with most of his high society secrets intact 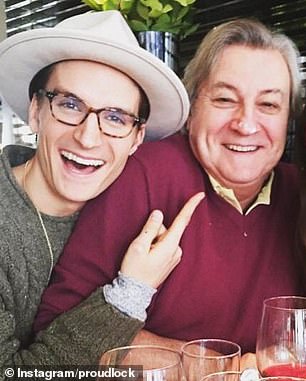 The sudden death of Michael Proudlock (right), for more than 25 years the raffish host of legendary Chelsea celebrity hang-out Foxtrot Oscar, has brought tributes from friends and family (left: Ollie)

The bon viveur restaurateur who was privy to more society secrets than anyone else has died — and kept most of them intact.

The sudden death of Michael Proudlock, for more than 25 years the raffish host of legendary Chelsea celebrity hang-out Foxtrot Oscar, has brought tributes from friends and family.

His eaterie is where Fergie’s lover hid out, where Prince Harry took dates as a teenager and Liz Taylor famously fell off her stool.

It’s hardly surprising that Proudlock, who was aged 70, was the most connected restaurateur of his age having previously shared a New York flat with ‘seducer of the valleys’ Sir Dai Llewellyn, brother of Princess Margaret’s lover Roddy.

Foxtrot Oscar, founded in 1980, was at the epicentre of the Sloane Ranger world and attracted dissolute marquesses like moths to a flame.

While the Duchess of York’s one time ‘financial adviser’ John Bryan hid out there from the paparazzi, Fergie, too, was a regular.

She was first wined and dined there by Paddy McNally, her racing driver boyfriend before she met Prince Andrew. 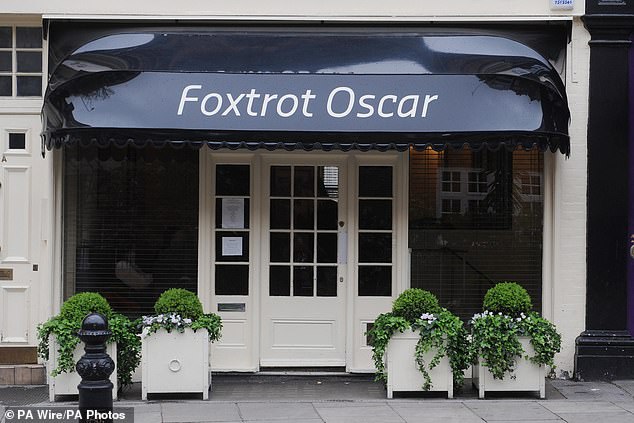 Foxtrot Oscar, founded in 1980, was at the epicentre of the Sloane Ranger world and attracted dissolute marquesses like moths to a flame

It also played host to the teenage Princes William and Harry, and a well-refreshed Elizabeth Taylor. Proudlock relished his feuds as much as his friendships.

He barred the late restaurant critic A. A. Gill from his establishment for ‘writing rubbish about my place’, though later the pair made up.

There was high drama, if not always haute cuisine. 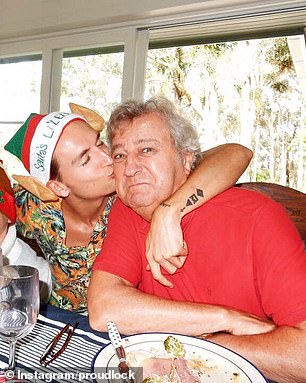 ‘You were a force of nature,’ his son Made In Chelsea star Ollie wrote in a tribute on social media

He fell out with the then Marquess of Blandford over a £28 unpaid bill, and once famously bought a racehorse after a drunken lunch, saying to the agent: ‘Don’t Tell The Wife,’ only to find the nag running under that name and in his colours within days.

Unfortunately this oversight culminated in the end of his second marriage to Lena, mother of Ollie and his sister Laurie.

After selling the venue to Gordon Ramsay in 2007, Proudlock maintained his bachelor apartment above the restaurant and continued to be a man about town.

His last social excursion was to host along with former business partner Rex Leyland the annual lunch for ex-Foxtrot staff and managers. Yesterday, Rex and staff gathered again to raise a glass.

‘Michael always said: ‘Death is no excuse’. He would have wanted us to meet and eat,’ Rex tells me

‘You were a force of nature,’ his son Made In Chelsea star Ollie wrote in a tribute on social media.

Hugh Grant may have just been nominated for a Golden Globe award for best actor in a TV film for playing Jeremy Thorpe, the former Liberal leader, in A Very English Scandal, but David Steel has hit out at the makers of the BBC drama for getting his predecessor’s cars mixed up.

‘They had Jeremy driving a three-litre Rover and he didn’t — he drove a Humber Super Snipe,’ says the 80-year-old Scotsman who succeeded Thorpe as Liberal leader following the latter’s fall from grace.

‘The reason I remember so well is because he drove me around on polling day in my by-election in the car.’

That’s not all, says Lord Steel, now president of the Federation of British Historic Vehicle Clubs: ‘They also had him [Thorpe] down as driving a white Triumph Stag when it should have been a white Rover 2000. It was irritating and just unnecessarily wrong.’

Sir Mick Jagger’s girlfriend Melanie Hamrick is triumphing over his erstwhile lover, 23-year-old Noor Alfallah, in the battle for his affections.

The ballerina, 31, posted a picture online of her with the Rolling Stone, 75, following his split from Noor, who has dumped him for billionaire philanthropist Nicolas Berggruen, 57.

Against the backdrop of a sunset on the beach, they hold hands with their son, Deveraux, who turned two at the weekend and is blossoming into a carbon copy of his dad with a distinctive pout and cascading curls.

Mel, who stayed in a relationship with the rocker when he embarked on an affair with Noor last year, captions the snap online with a love heart emoji. 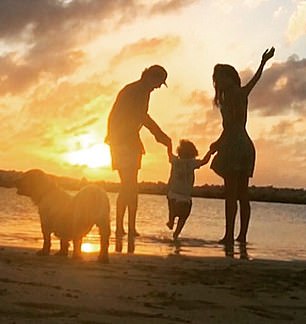 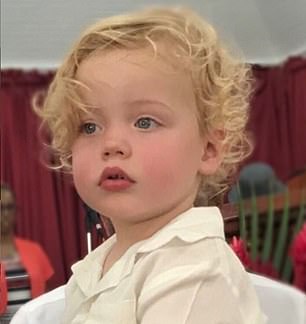 Deveraux (right), who turned two at the weekend and is blossoming into a carbon copy of his dad with a distinctive pout and cascading curls

Will Poldark’s Eleanor Tomlinson triumph at the Brits? The actress has qualified for the Best British Breakthrough category at next year’s boozy music awards following the success of her debut collection, Tales From Home.

Her competitors for the Brit honour include Alan Titchmarsh, who makes the list for The Glorious Garden, an album which features the green-fingered presenter reading poetic tributes to his favourite plants. Let battle commence.

He’s been in the music industry for more than 30 years, but Blur’s Damon Albarn admits he can still be shocked by his audience — even in an English village.

‘You get a lot more hecklers when it’s that small,’ he says. ‘I had one guy who said, ‘Stop patronising us!’

‘I was quite taken aback by that. I was singing my song! So you never know what you’re gonna get.’