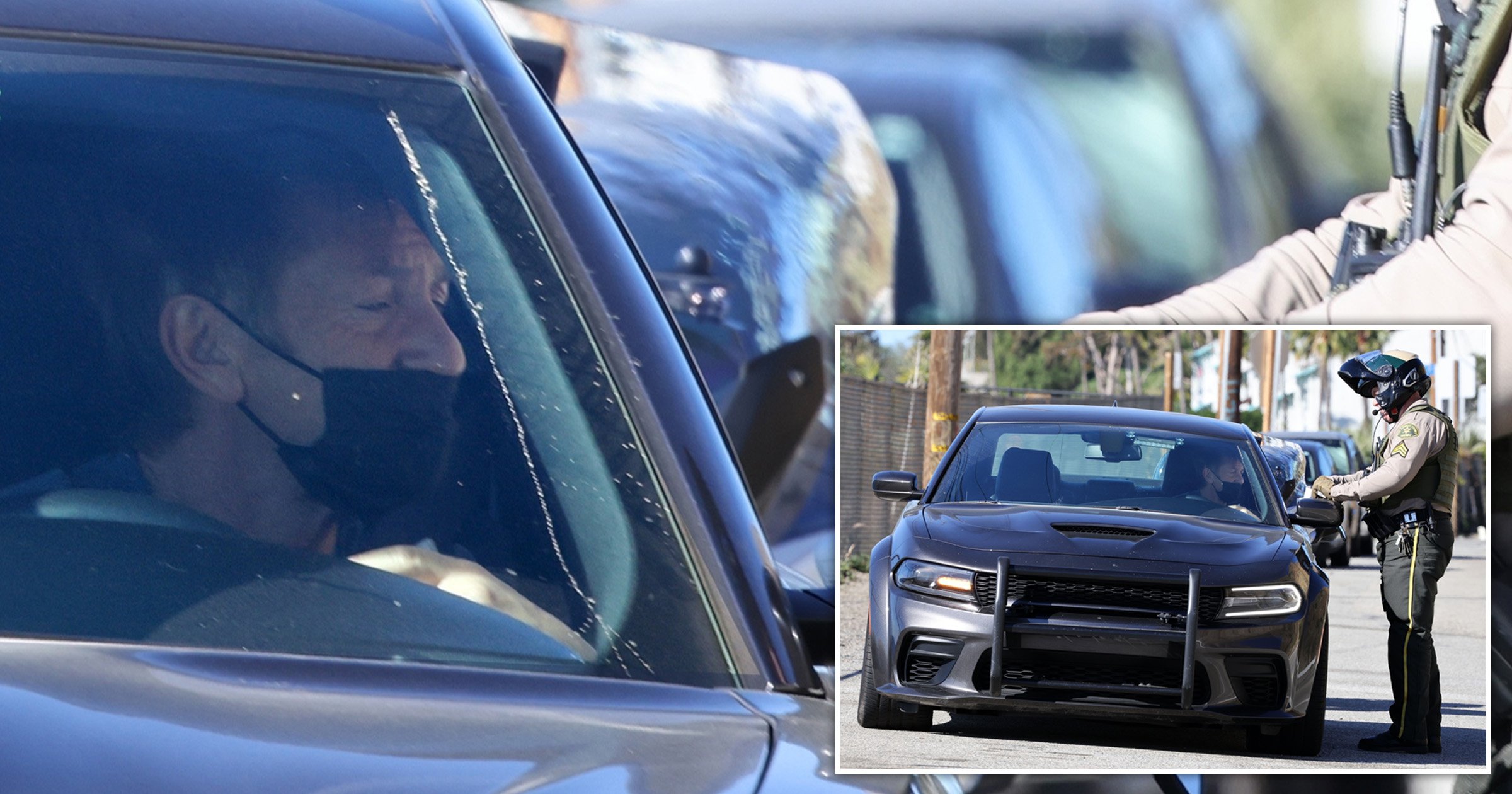 Actor Sean Penn was spotted getting pulled over by a sheriff while driving through Malibu this week.

The Oscar winner, 61, was cruising in his customised motor, which is fitted with a police-style bull-bar and flashing light strips.

Penn, who recently returned from filming a documentary in Ukraine, was stopped by police on the Pacific Coast Highway.

It is not known whether he was handed a ticket.

Photos show the film star wearing his mask while talking to the sheriff at the roadside.

He sat in his charcoal coloured motor that had a device installed on the front to protect its front from collisions, resembling what is used on cop cars.

Penn has not long been back in America after he began shooting a VICE doc in Ukraine through the first days of Russia’s invasion, which has seen more than 1.5million refugees fleeing homes so far.

The Fast Times At Ridgemont High star took to Twitter to voice his solidarity with the people of Ukraine, calling the war ‘a most horrible mistake’ by the Russian leader.

He also said he had to ditch a car during filming before fleeing.

Penn and another colleague walked to the Polish border after President Putin invaded.

The director wrote: ‘Myself & two colleagues walked miles to the Polish border after abandoning our car on the side of the road. Almost all the cars in this photo carry women & children only, most without any sign of luggage, and a car their only possession of value.’

His tweet was accompanied by a photo of him walking along the road, wheeling his suitcase while a string of cars were abandoned for miles.

Penn had earlier tweeted: ‘Already a brutal mistake of lives taken and hearts broken, and if he doesn’t relent, I believe Mr. Putin will have made a most horrible mistake for all of humankind.

‘The director specially came to Kyiv to record all the events that are currently happening in Ukraine and to tell the world the truth about Russia’s invasion of our country.

‘Sean Penn is among those who support Ukraine in Ukraine today. Our country is grateful to him for such a show of courage and honesty.’

They described how he ‘spoke to journalists, our military, saw how we defend our country.’

‘Sean Penn demonstrates the courage that many others, especially western politicians lack.’

He also met with President Volodymyr Zelensky, who posted a video of their meeting on Instagram.