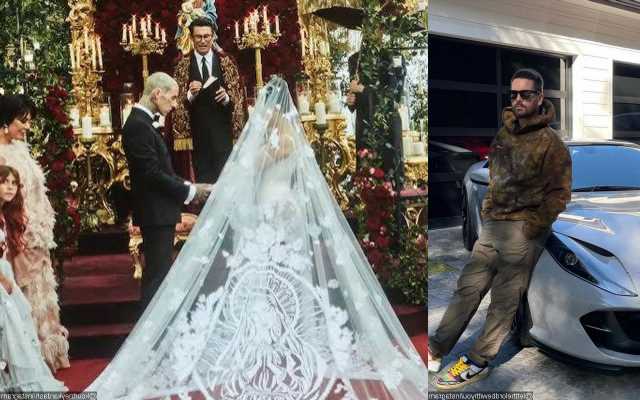 The former star of ‘Flip It Like Disick’, who shares his three children with the Poosh founder, flies out for a nice beach vacation as his ex-fiancee ties the knot with the Blink-182 drummer.

AceShowbiz –Scott Disick is keeping himself busy while Kourtney Kardashian marries Travis Barker in a lavish ceremony in Portofino, Italy. Taking to social media, the former star of “Flip It Like Disick” reveals that he flies out for a nice beach getaway.

On Sunday, May 22, the 38-year-old reality star made use of Instagram Story to share some photos of his vacation. He first posted a photo of an airplane window with a caption that read, “Where 2?”

Only 15 minutes later, Scott shared another snap of a screen noting he was at an altitude of 776 feet. “Next stop, the beach,” the self-proclaimed Lord Disick wrote with an island emoji. However, he didn’t reveal exactly where he was hitting the sand. 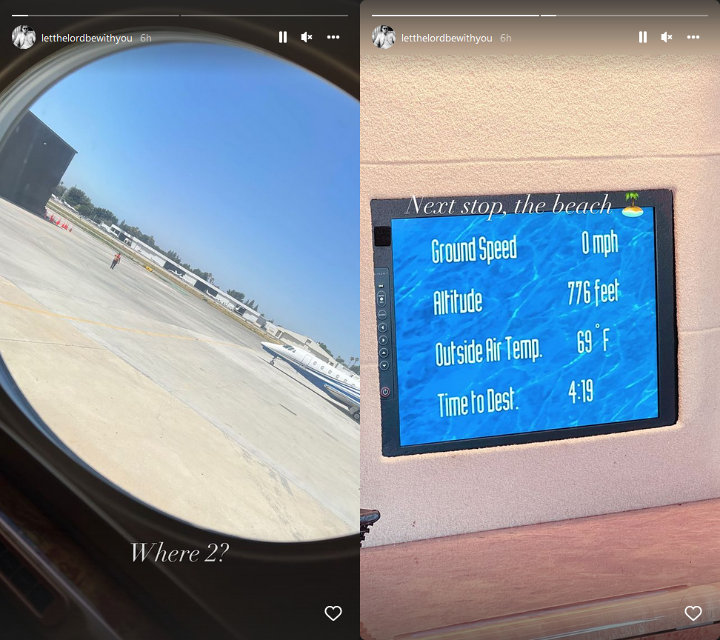 Scott Disick flied out for a beach vacation during Kourtney Kardashian’s wedding.

Scott’s social media posts were uploaded right as news broke that Kourtney had walked down the aisle. Additionally, before traveling to his beach destination, Scott was spotted leaving a Hollywood bar a little after 1 A.M. while wearing sunglasses. He attempted to go incognito with his hood pulled over his baseball cap.

Scott and Kourtney dated on and off for nine years before they split for good in 2015. During their relationship, they welcomed three children, 12-year-old Mason, 9-year-old Penelope and 7-year-old Reign.

Kourtney then found love with her longtime friend Travis, who shares his 18-year-old son Landon, 16-year-old daughter Alabama and 23-year-old stepdaughter Atiana with ex-wife Shanna Moakler. Kourtney and Travis got engaged on their first anniversary in October 2021.

On April 4, Kourtney and Travis had a “practice wedding” officiated by an Elvis Presley impersonator in Las Vegas followed by an intimate legal ceremony in Santa Barbara on May 15. Then on Sunday, May 22, the “Keeping Up with the Kardashians” alum and the Blink-182 drummer exchanged their vows in front of their friends and family.

Kourtney looked gorgeous in a white Dolce & Gabbana corset mini-dress with a long dramatic veil. Meanwhile, her spouse wore a sleek black suit from the same brand. Taking to Instagram, the newly-married couple shared an identical picture taken from the ceremony with an accompanying note that read, “Happily ever after.”