If you’ve always wanted to feel a little bit Alexis, now’s your chance — but it comes at a hefty price. Right now, Schitt’s Creek‘s Rosebud Motel is for sale at nearly $1.6 million. I know that probably seems like a lot — in the words of David Rose, "That’s a real quick no," for me — but think of all the Schitt’s Creek scenes you could recreate with the building. So, if you and your 1,000+ friends wanted to pool your stimulus checks together, you could be the new owners of the iconic establishment.

The Ontario property is actually known as the Hockley Motel IRL. According to its listing, the exterior was used as a main filming location for Schitt’s Creek. It’s located near the Nottawasaga River in Canada, which is said to have tons of rainbow trout and salmon. If you’re like David Rose and "could not be more at one with nature" (because you "do Coachella every year"), it might be fun to go fishing every once in awhile.

However, you can’t expect to return to the motel for a good night’s sleep just yet. The listing also states that the property is not operational at this time. But that doesn’t mean you can’t turn it around if you happen to win the lottery and are able to afford not only the $1.6 million property, but the funds to give it a little makeover. You wouldn’t want to completely make over the property either. You want it to still look like the iconic Rosebud Motel. 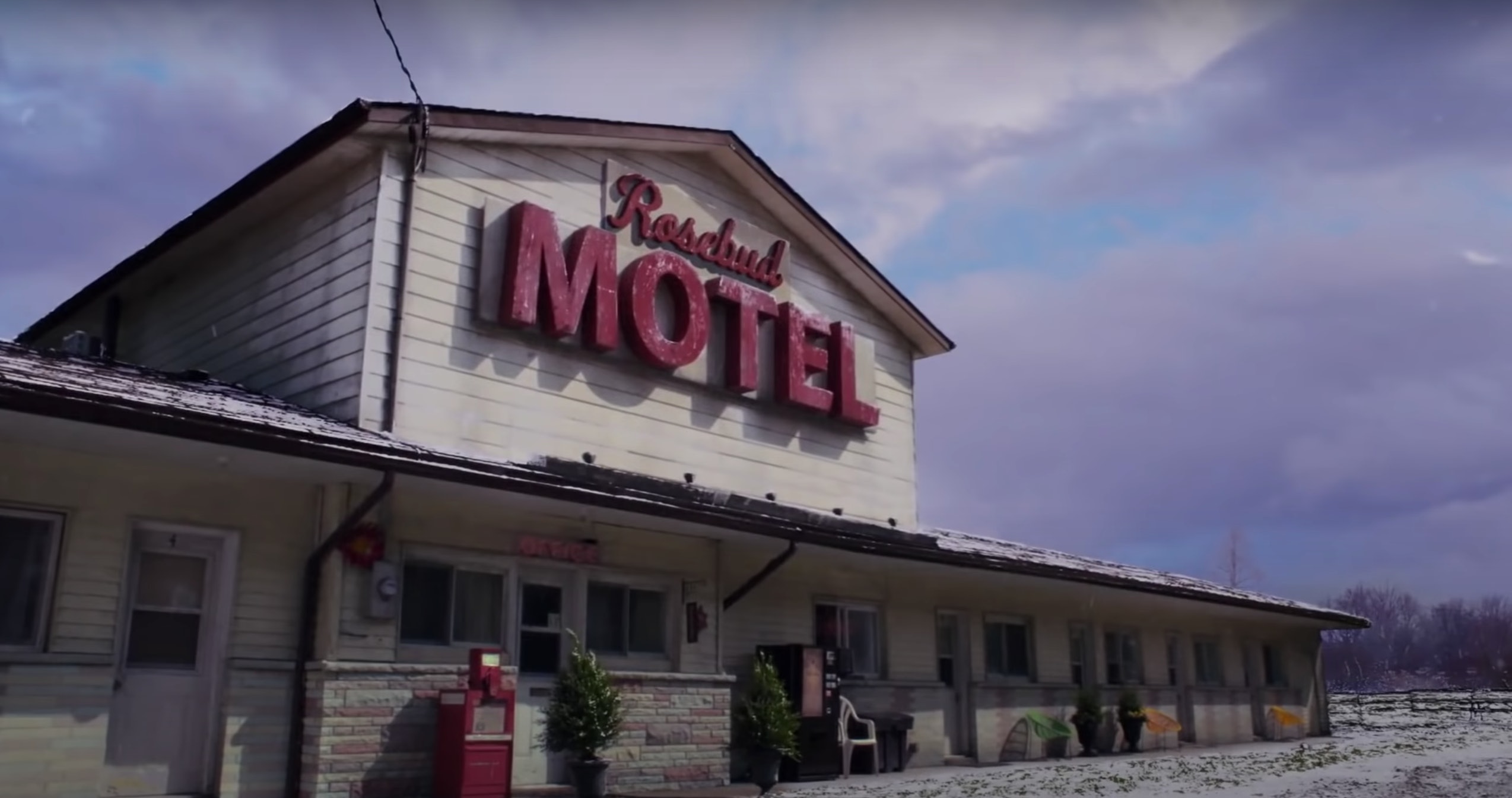 In fact, the current owner, Jesse Tipping, has said that it can get pretty busy with fans coming to check out the Schitt’s Creek motel. He even told iHeartRadio that, "There’s just car after car after car of people rolling in trying to take pictures." If the property was yours, you could totally capitalize on the fame by turning it into an Instagram destination.

Fully transform the Hockley into the Rosebud Motel by making each of the 10 guest rooms on site a recreation of the Roses’ rooms from the show. You could even have Moira’s wig wall for some super cute Insta pics. For room service, you could serve quesadillas with the cheese folded in and some Herb Ertlinger’s fruit wine on the menu. Of course, you would also want some Rose Apothecary products for the bathroom, like some body milk. 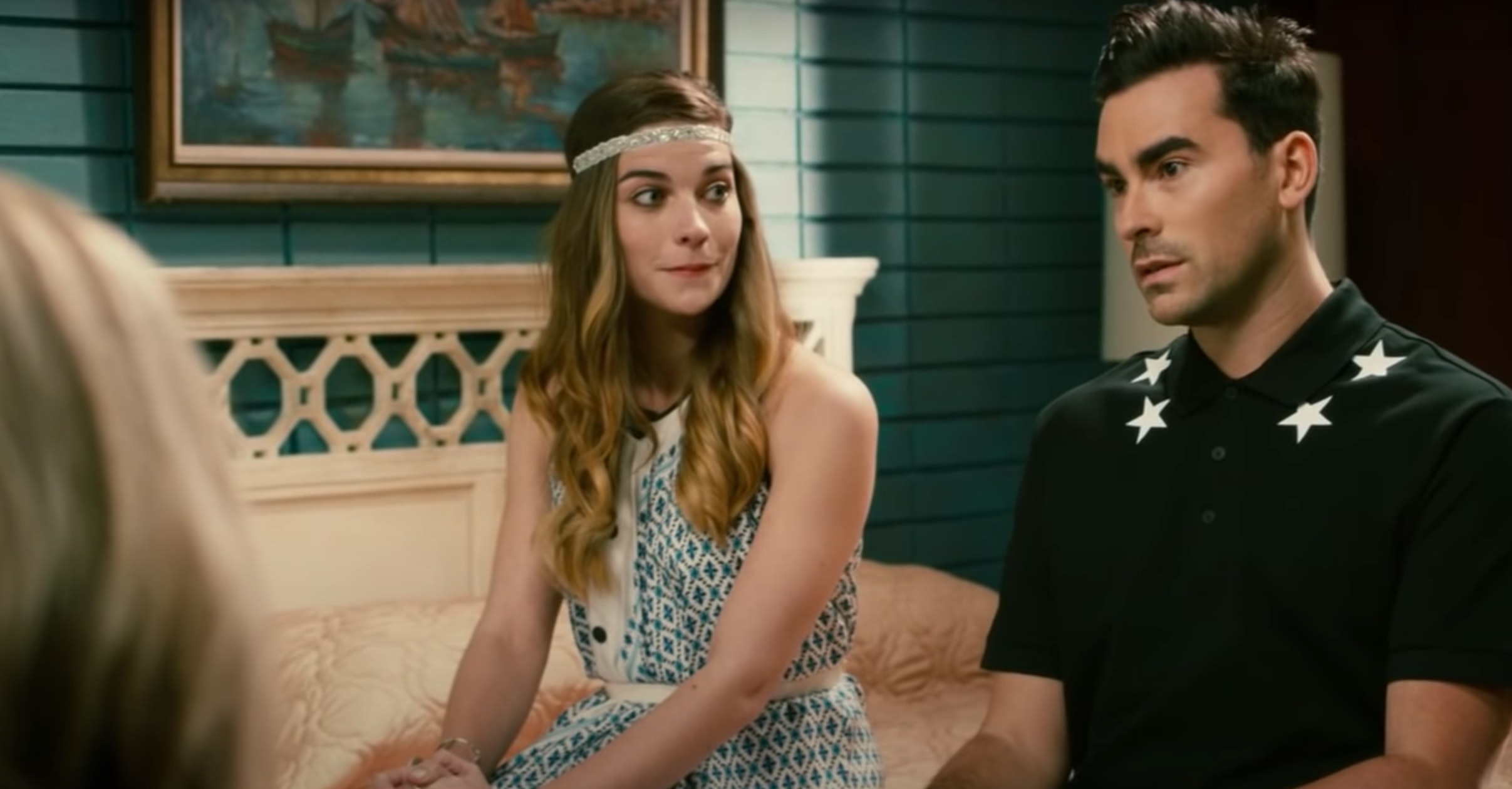 For entertainment, you could have a cabaret night or hire a few singers to be the Jazzagals. They could even sing carols for the guests during the holidays. When your guests aren’t enjoying the amenities in their Insta-worthy rooms, they could visit downtown Toronto, which is only a two-hour drive away. There are also 6.7 acres of land to explore, so they could hang out in a field like David did when he ran away to Amish country. Let’s not forget bike riding, and dance parties with "A Little Bit Alexis" on the playlist. The possibilities are endless, and a true fan would know how to turn this property into the ultimate destination for other fans to visit.

To give you a little more incentive, not only was this property used for Schitt’s Creek, but Netflix’s Umbrella Academy as well. So, you could really take advantage of its fame. That’s, of course, if you were able to somehow come up with millions of dollars to spend. If you were, you’d really "love that journey" for yourself, wouldn’t you?