Almost too much to handle! Sarah Hyland raved about a photo of fiancé Wells Adams cuddling with an unidentified baby on Monday, July 22.

The Modern Family star, 28, commented on the post with four heart-eye emoji and wrote, “Consider them destroyed.”

Dean Unglert, who appeared with Adams in Bachelor in Paradise season 4, also left a comment. “Idk how you did it but you destroyed my ovaries too and i don’t even have any,” Unglert, 28, wrote.

Hyland and Adams announced their engagement on July 16, posting Instagram photos of his beach proposal and her new diamond ring, which is estimated to be worth $200,000. “That can’t eat, can’t sleep, reach for the stars, over the fence, World Series kind of stuff,” Hyland, 28, wrote at the time, referencing a line from the 1995 film It Takes Two. 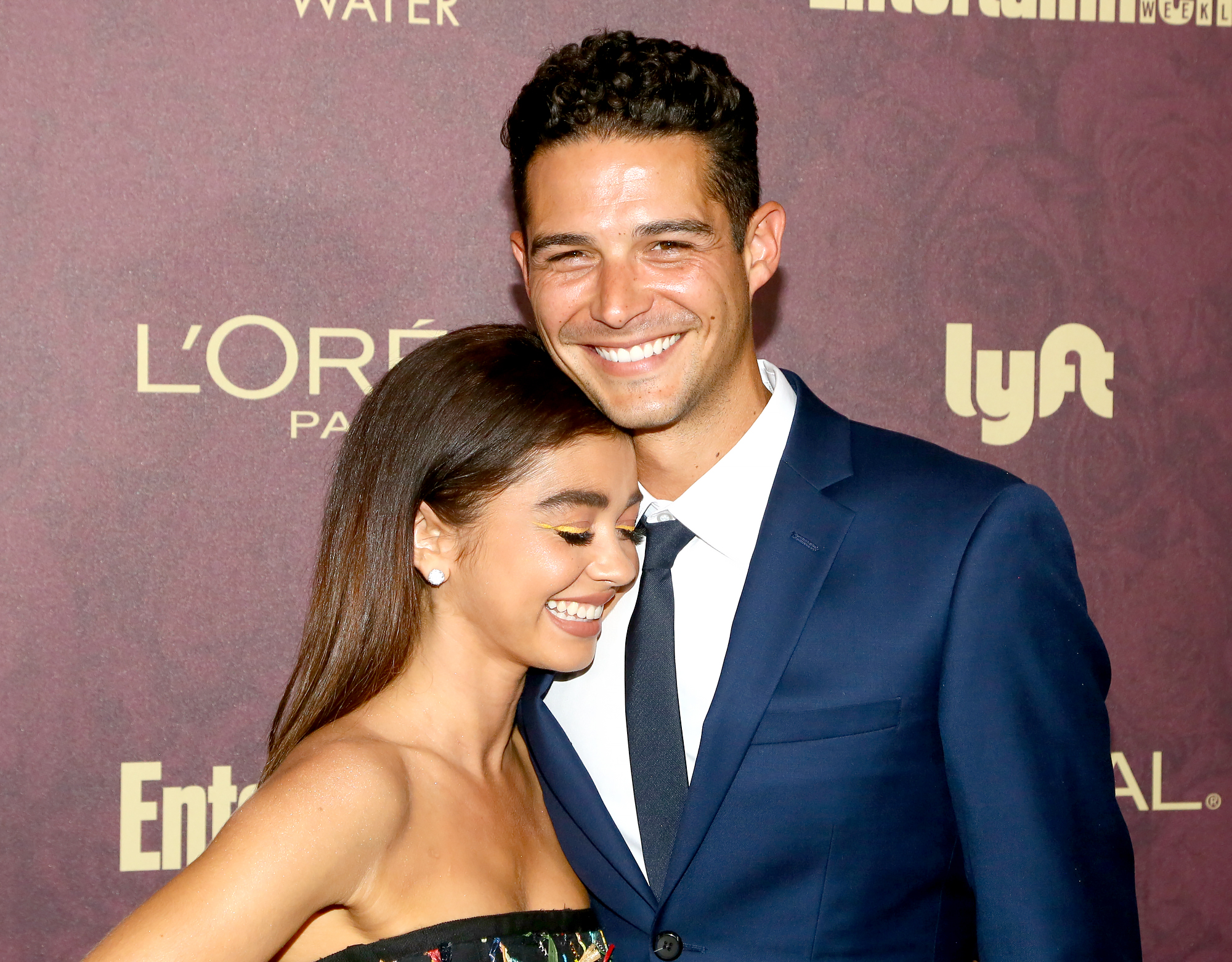 Us Weekly broke the news of the couple’s burgeoning relationship in October 2017; the duo moved in together the following July. “[Sarah has] never been this serious about anybody and all of her friends completely support them and think Wells is great for her,” a source told Us that same month.

“It’s been perfect; I’m really glad we have [moved in together],” Hyland told Us in September 2018, adding that she thought Adams was The One.

After the reveal of their engagement last week, congratulations poured in from across Bachelor Nation as well as a bevy of her costars. “OMG IM CRYING ABOUT DAMN TIME,” Danielle Maltby, who memorably shared a kiss with Adams on Bachelor in Paradise, wrote in an Instagram comment.

Amid the good vibes, though, one troll called Hyland the “most obnoxious engaged dips–t.”

“Omg! I AM going for the most obnoxious!!!!!!” the Dirty Dancing actress clapped back. “How’d you know??”