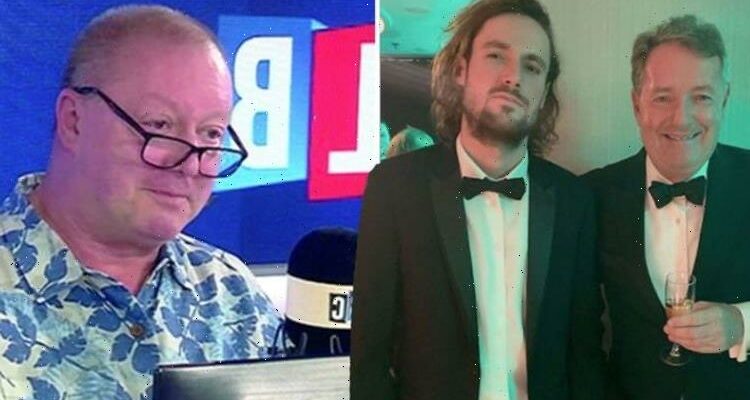 Gordon Ramsay’s daughter Tilly, who is currently competing on Strictly Come Dancing, called out LBC presenter Steve Allen, 67, after he branded her a “chubby little thing” live on his radio show this week. The 19-year-old shared the moment from the interview on her Instagram page alongside the caption: “#bekind.”

Support has since flooded in for the chef, with many calling for the presenter to be sacked.

Piers Morgan’s son Spencer was one of many who slammed Steve on social media.

The 27-year-old shared an article about Tilly hitting back on his Twitter page today.

On his LBC radio show, Steve said: “Tilly Ramsay is on Celebrity MasterChef Australia, is she?

“She’s a chubby little thing, isn’t she? Have you noticed?

“Probably her dad’s cooking I should imagine.”

Other celebrities have flocked to Twitter to defend Tilly over the offensive comments.

Head judge Shirley Ballas commented: “My darling, having been through this myself I hear you.

“To me you are beautiful just as you are.”

Tom Fletcher wrote: “What the actual hell?! Tilly you are absolutely BEAUTIFUL and don’t let anyone ever tell you otherwise.”

Amy Dowden added: “Love you @tillyramsay, you are beauty inside out! A natural beauty! Keep being YOU!”

Outraged fans have since called for Steve to be sacked for his remarks.

Julie Hibbert wrote: “Steve Allen should be sacked for his attention grabbing comments.

“Belittling someone especially a 19yr old with comments about weight can be dangerous and he should be dealt with accordingly as not the first time he’s done this!”(sic)

Anne added: “Steve Allen should be sacked for what he said about Tilly Ramsay.”

Express.co.uk has contacted a representative for LBC and Steve for comment.